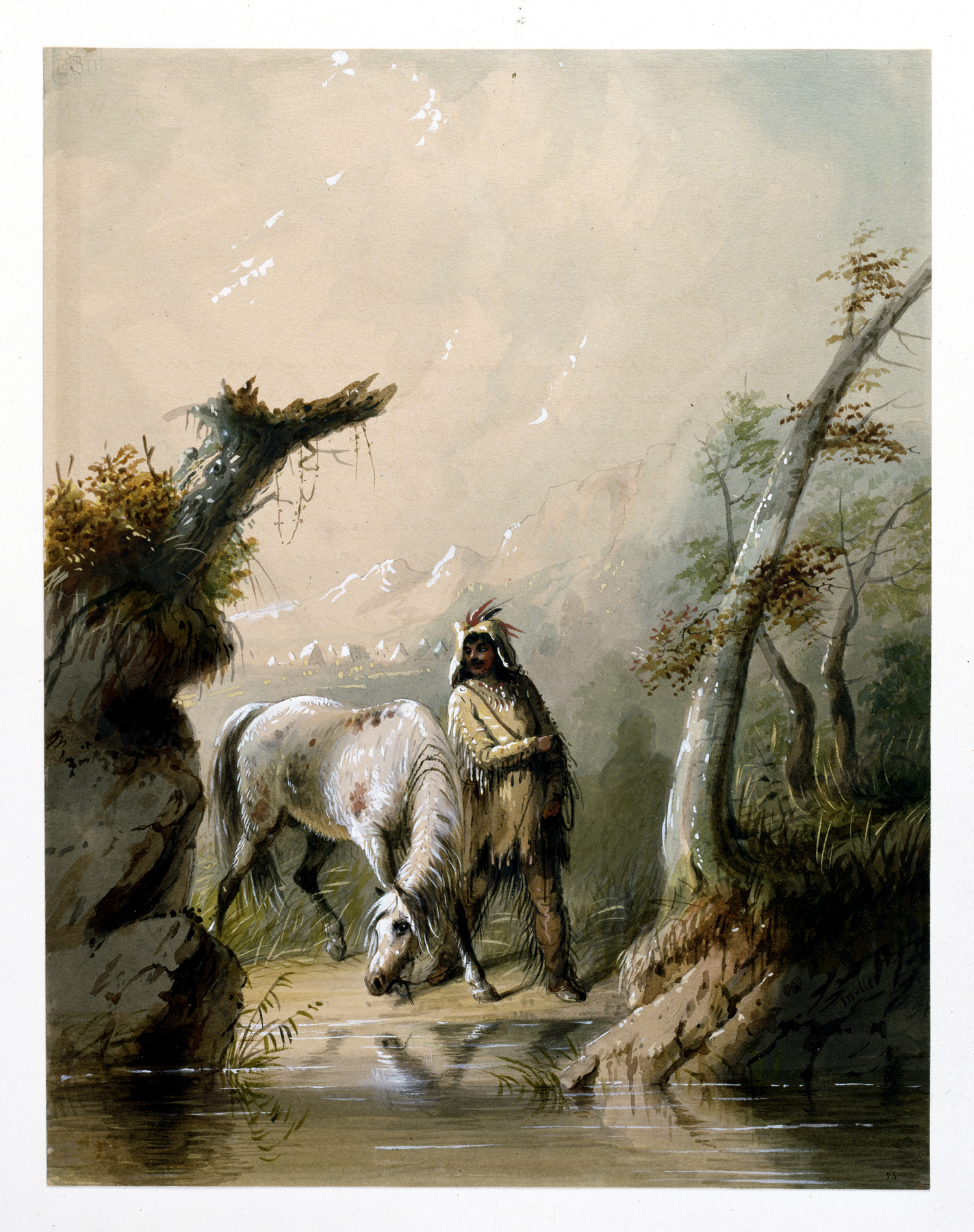 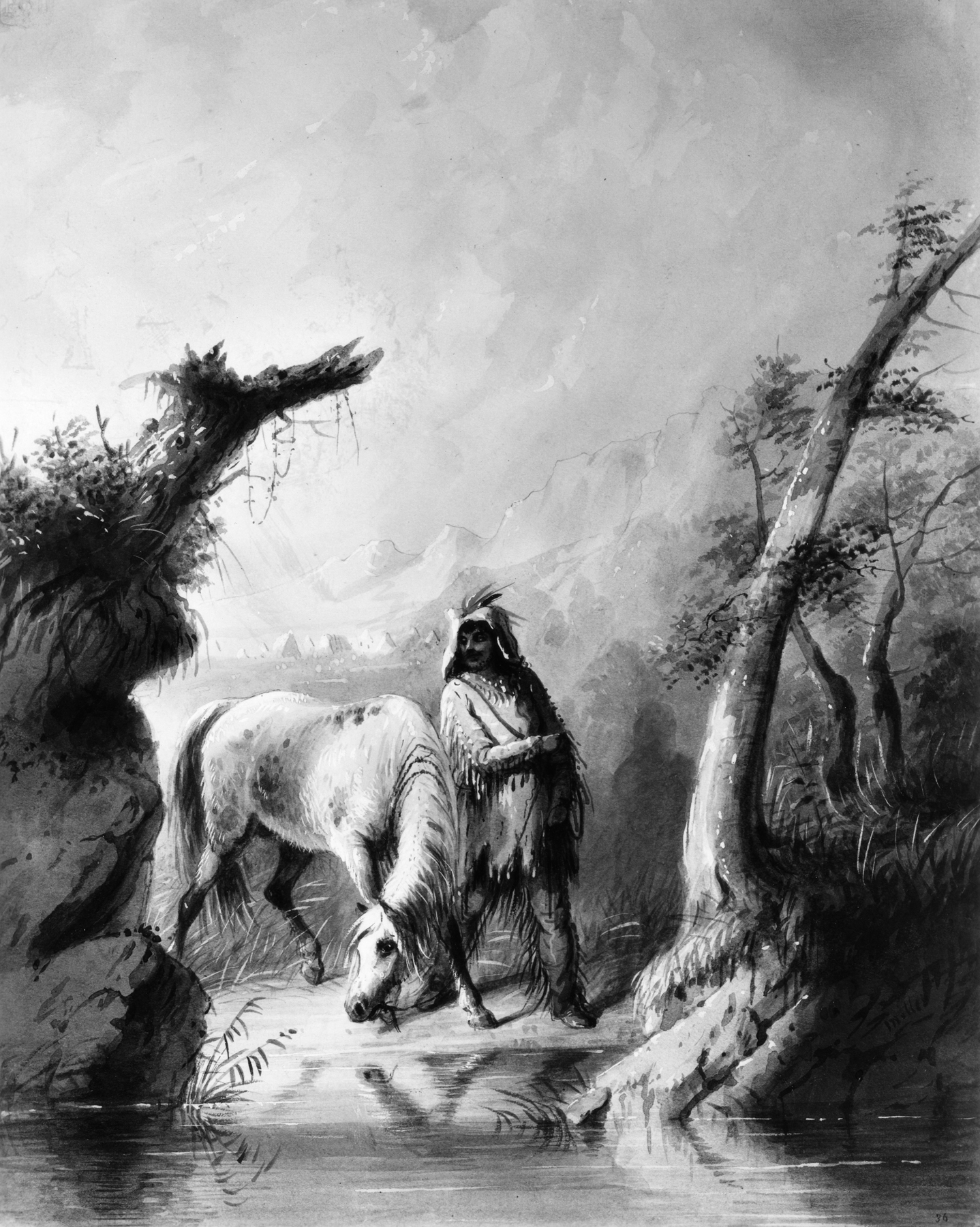 Auguste and His Horse

"Auguste, a half-breed Canadian, who is here represented watering his horse, was one amongst the best of all our mountain men, with a lithe and active form, exuberant spirits, quick percption - especially of the ridiculous, - and brave to recklessness; he was the life of the Camp, from his excessive drollery and bon homie." A.J. Miller, extracted from "The West of Alfred Jacob Miller" (1837).