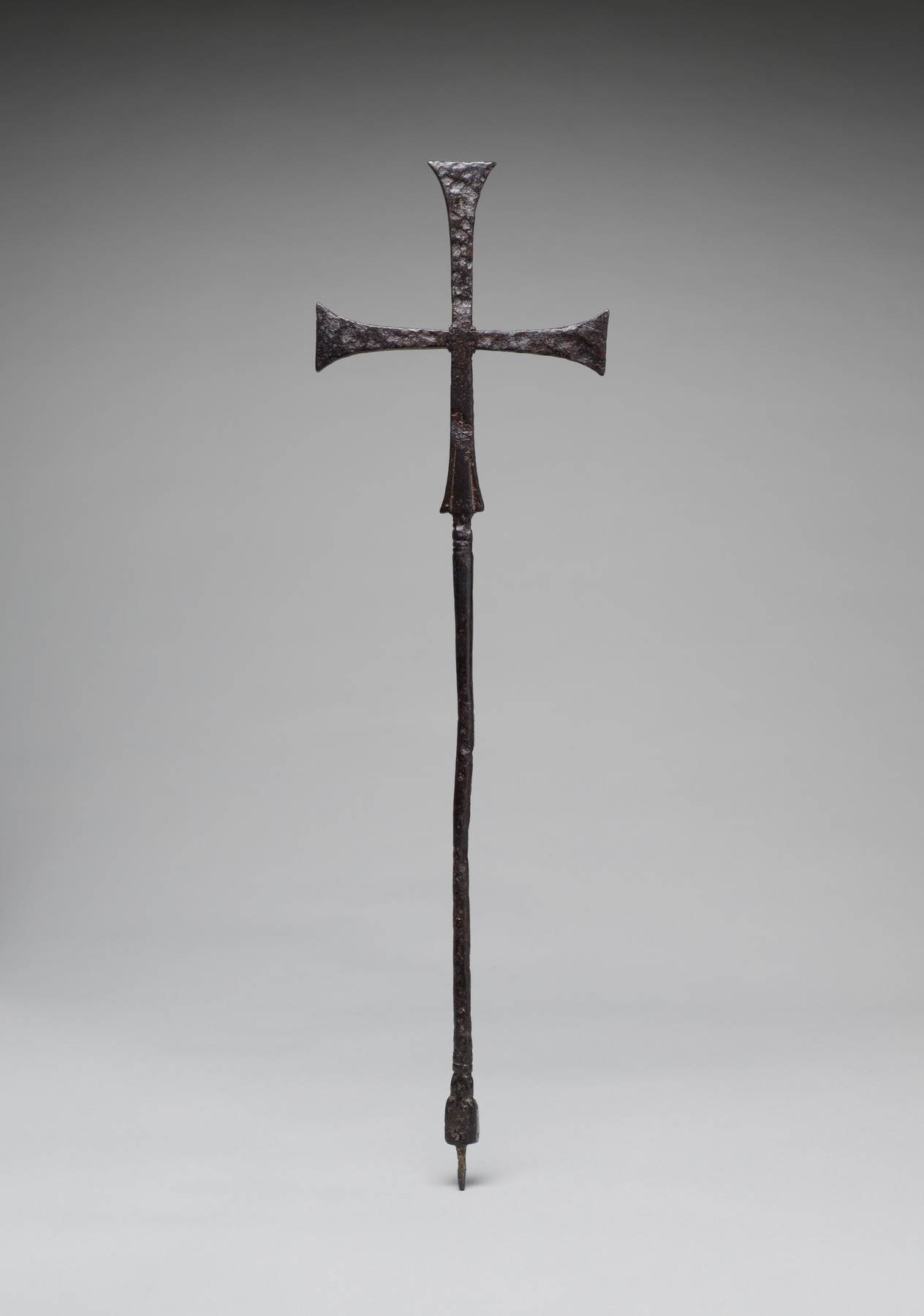 Ethiopian metal hand crosses are typically constructed from silver, brass, or iron that has been hammered into shape rather than cast using the lost-wax method. These objects draw their formal inspiration from processional crosses, and their creators often imitated styles that had been developed at great religious centers such as Lalibala. Although their reliance on pre-existing models makes hand crosses difficult to date, these objects were an important means of transmitting local styles, particularly as they were designed to be portable. Because crosses were regularly used in the daily lives of Ethiopian priests, they were exposed to a greater degree of wear, and they often reveal evident signs of their use. The scratches that mark the surface of this cross testify to its service in the hands of its owner. This cross's modeled arms eloquently display the simplicity of the designs that characterize these objects, while the fluting along the shaft adds an element of refinement.

Gift of Nancy and Robert Nooter, 1997