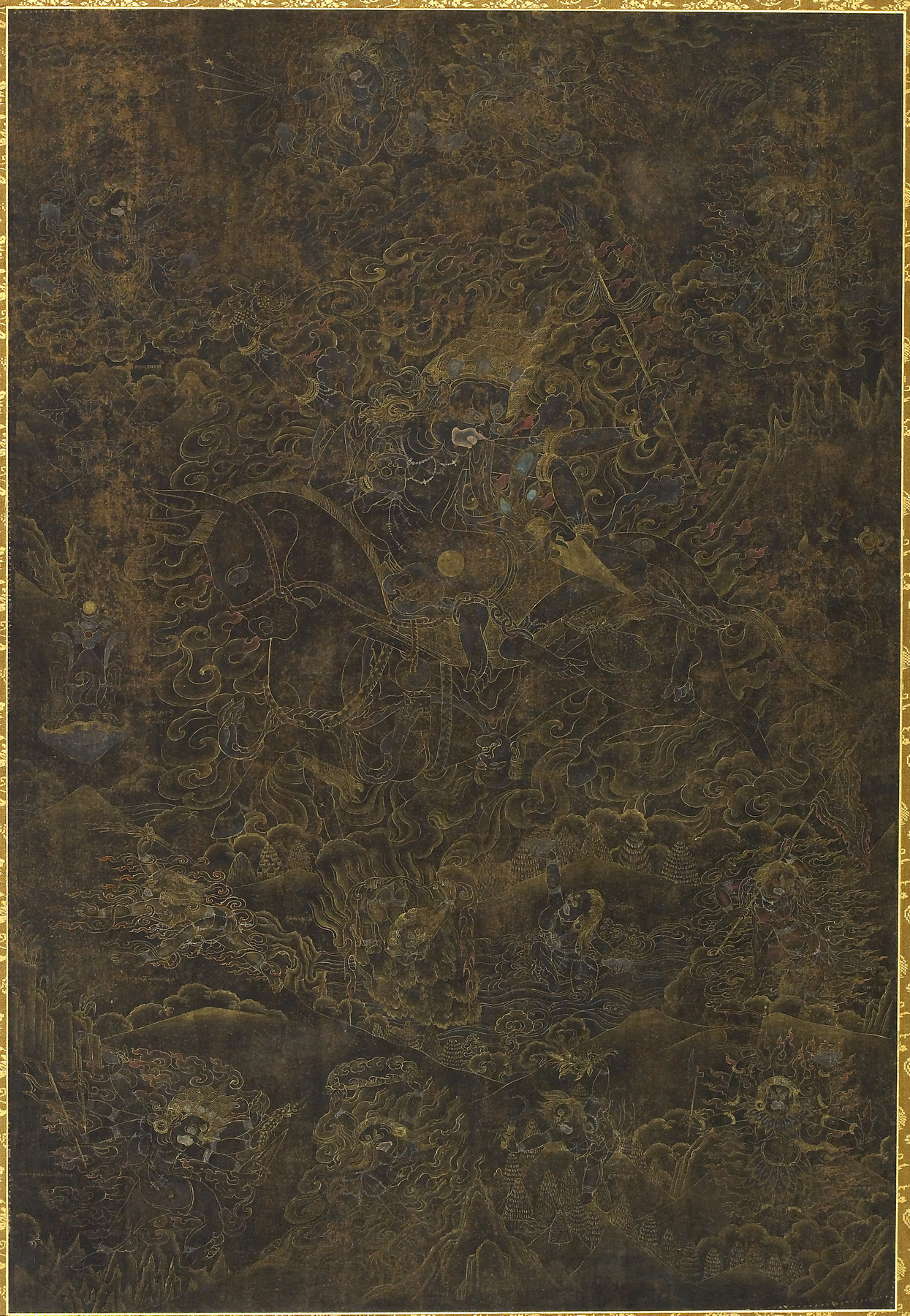 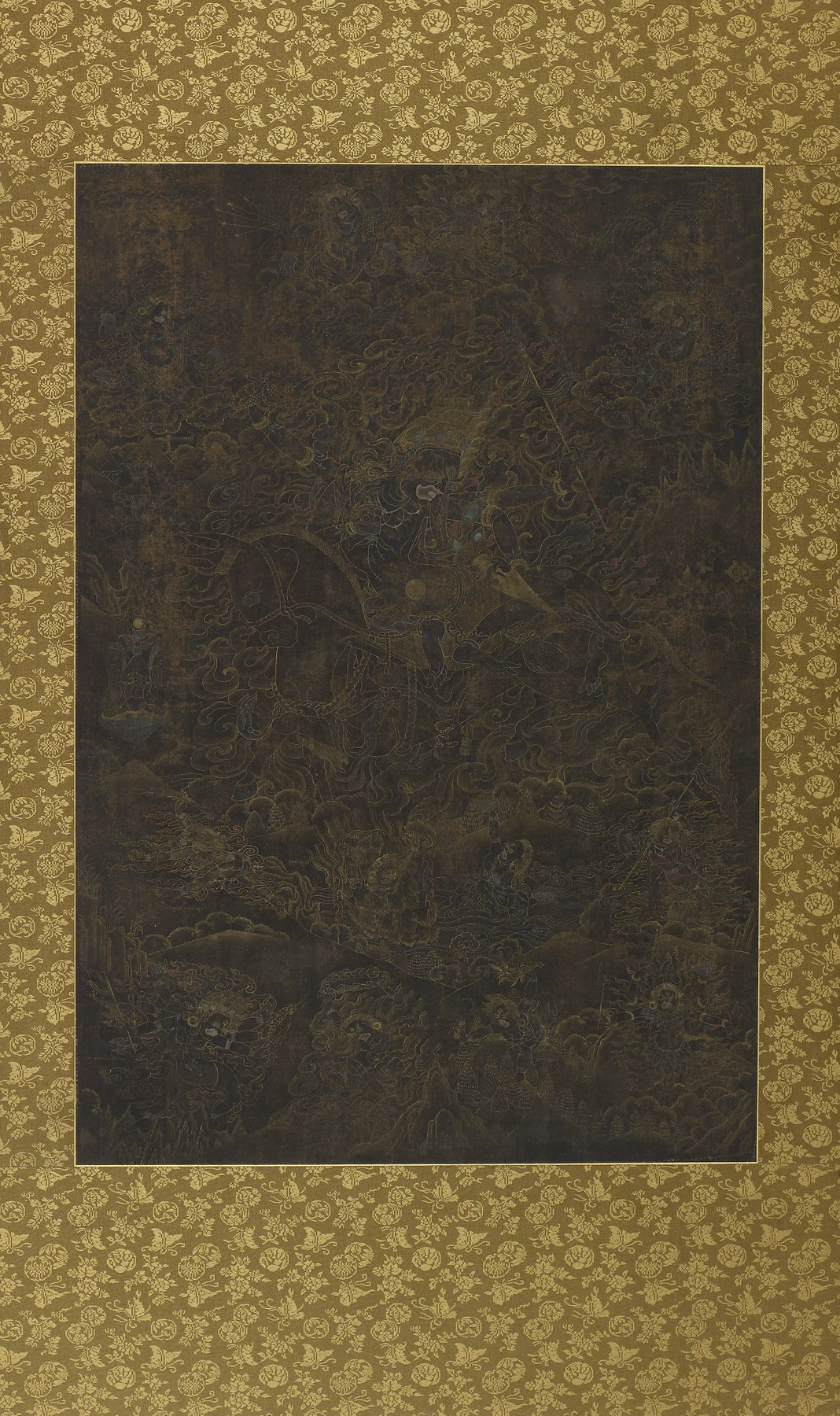 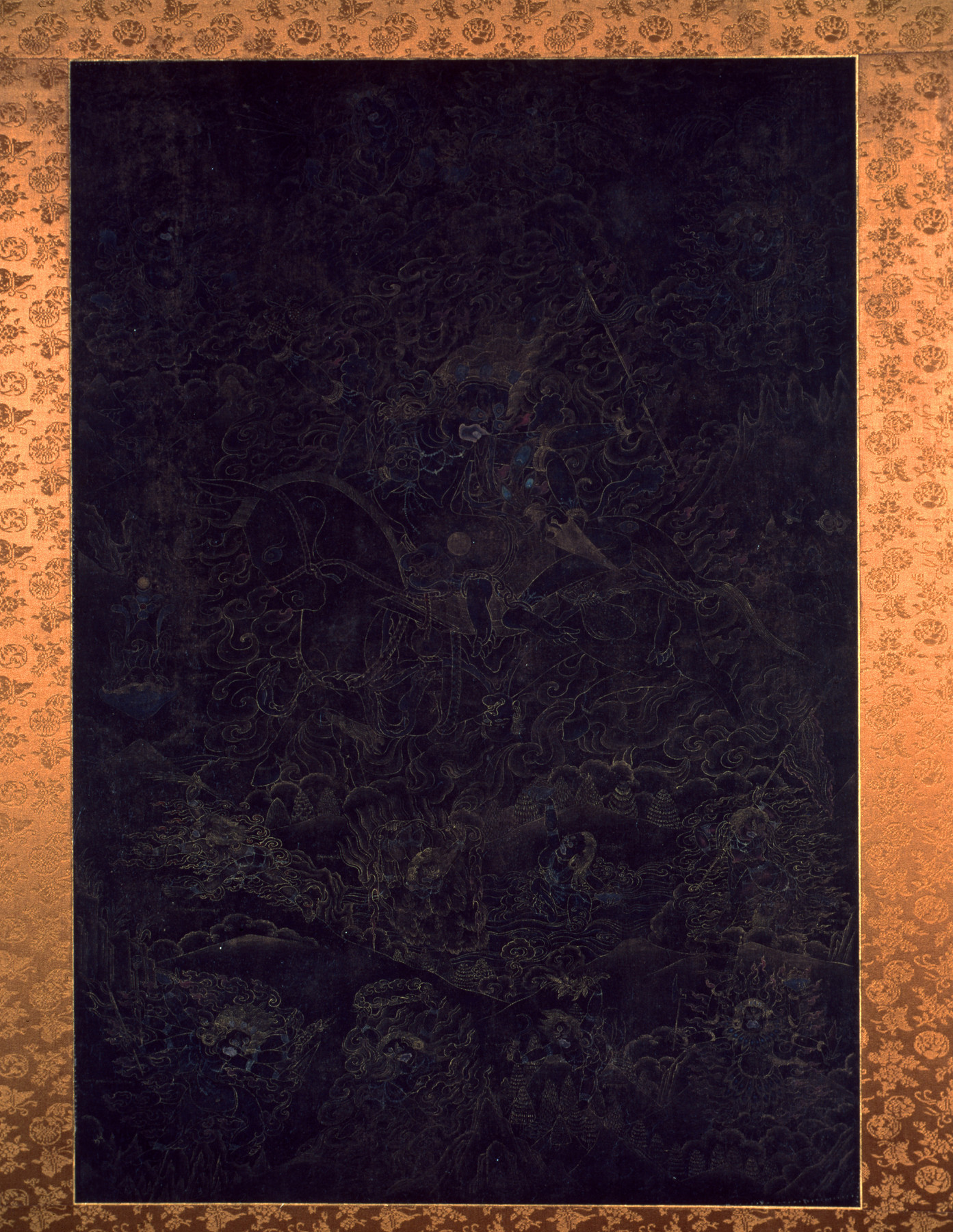 With a roaring cackle and a deafening shriek, Palden Lahmo rides a flying mule across waves of blood and fire, wielding a menacing chopper, skull cup, and trident. Palden Lhamo, the protector goddess of the Tibetan city of Lhasa and of the Dalai Lama—the spiritual leader of the Tibetan people—was married to a bloodthirsty king. She warned her husband that unless he ceased inflicting misery on others, she would kill their only son. When the king refused, she carried out her threat: she murdered their son, skinned him, drank his blood, and then rode away on a mule using her son’s flayed skin as the saddle blanket.

Delicately rendered in gold on a nearly black background, the composition requires a sustained gaze to distinguish the figures of Palden Lahmo and her companions from the flames, smoke, and mists that encircle them.