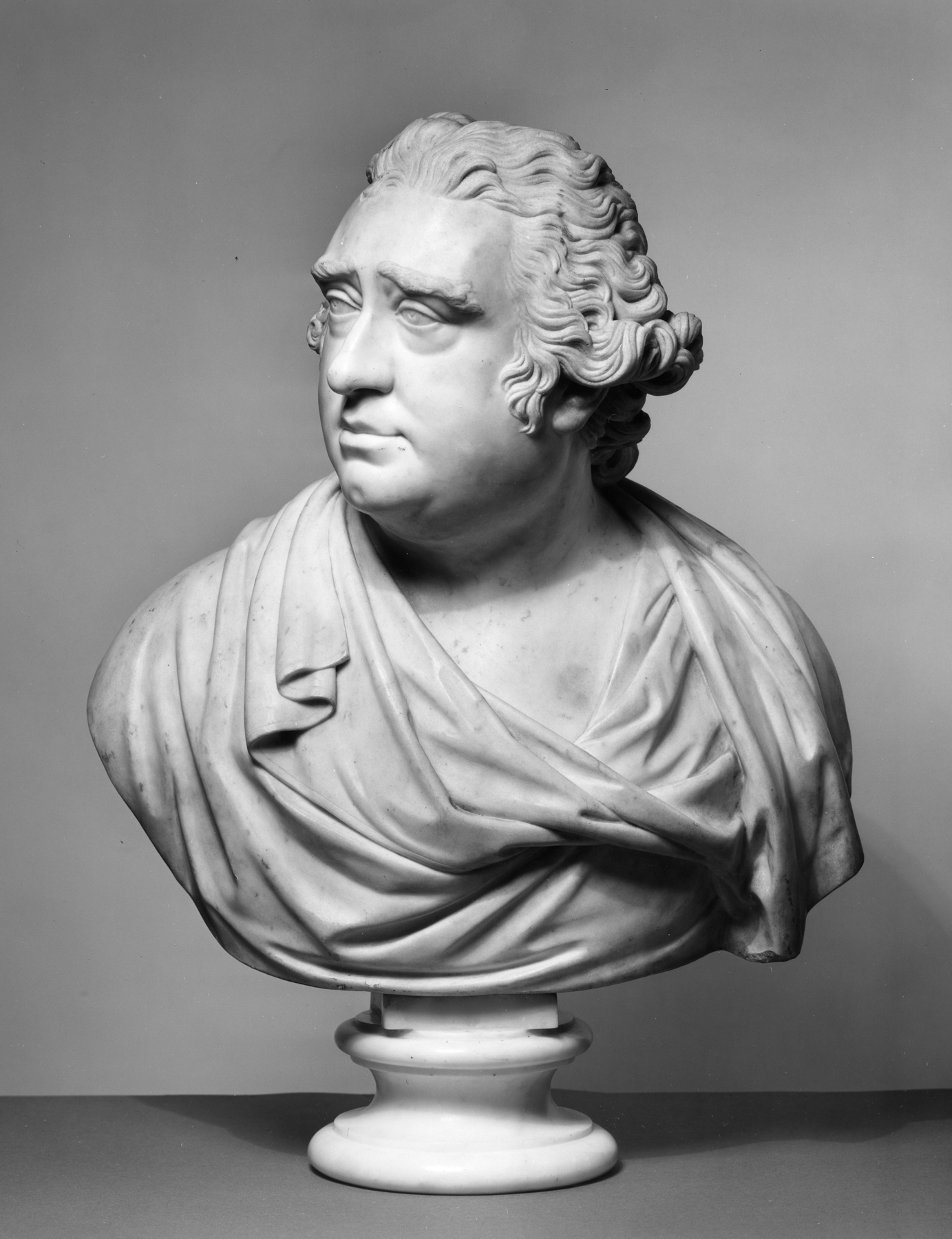 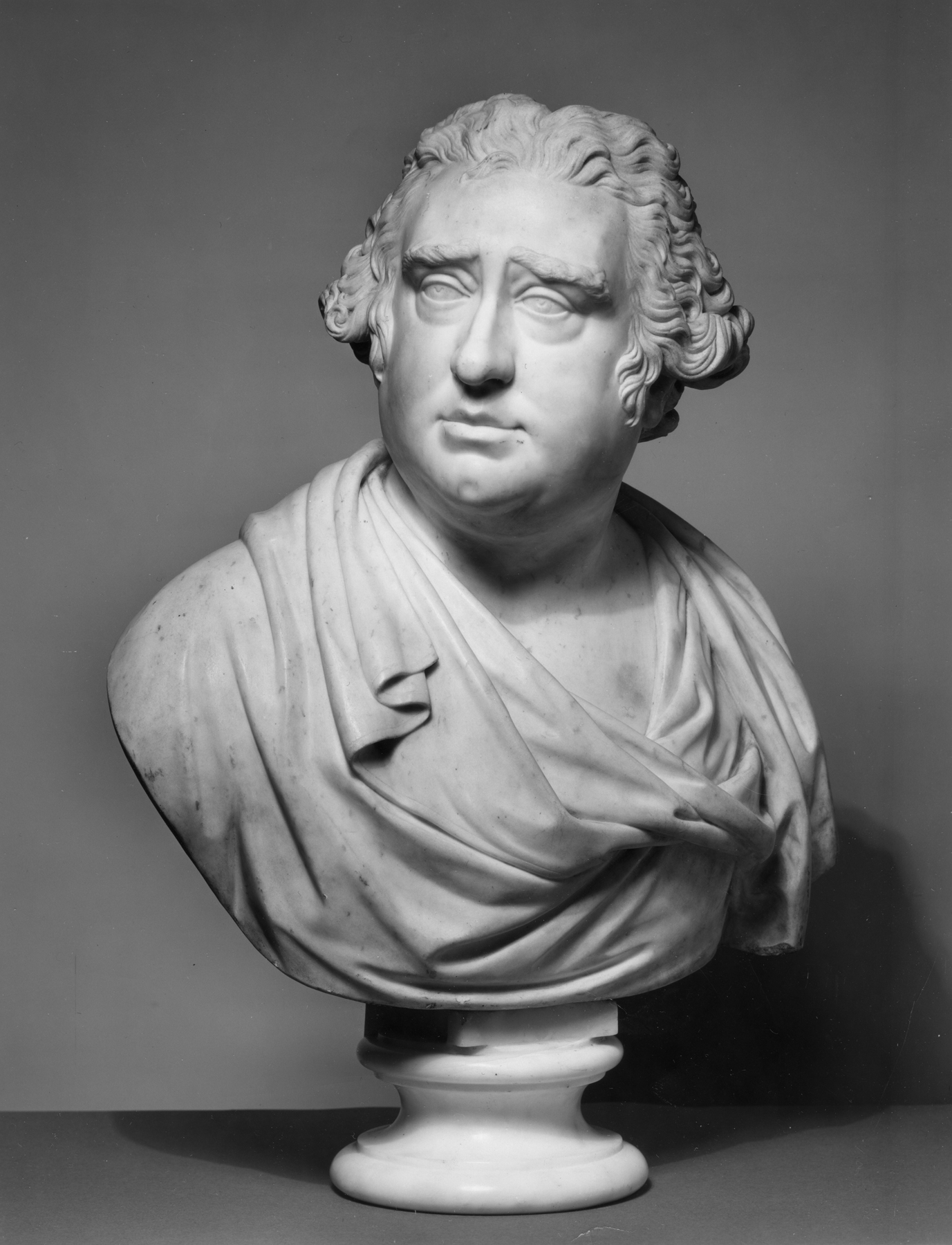 Nollekens, a favorite sculptor of portrait busts in the England of his day, produced his first bust of Charles James Fox the Younger (1749-1806) in 1791 (now in the Hermitage, Saint Petersburg). Fox, a liberal, was leader of the House of Commons under the Prime Ministership of Rockingham and a great orator. He strongly opposed war with the American colonies and supported the French Revolution. The bust of Fox had originally been commissioned from Nollekens for the 4th Earl Fitzwilliam's mausoleum (the Rockingham Mausoleum). However, Empress Catherine the Great requested it as a memorial of Fox's help to Russia in the Russo-Turkish War when he had been Foreign Minister. She reputedly had twelve busts of Fox to give as gifts (see John Thomas Smith, "Nollekens and His Times," 1917, vol. 2, p. 12). The bust proved one of Nollekens most successful works and was copied widely. David Wilson has suggested that the Walters' bust is a copy made in Rome, ca. 1818 (see Wilson, "Nollekens and Fox in the Temple: The 'Armitstead' Bust'," British Art Journal, 4:3 (Autumn 2003), pp. 65-79, especially notes 33 and 108).

Catherine of Russia (?) [said to have come from her collection]; Douglas H. Gordon, Baltimore [date and mode of acquisition unknown]; Walters Art Museum, 1949, by gift.