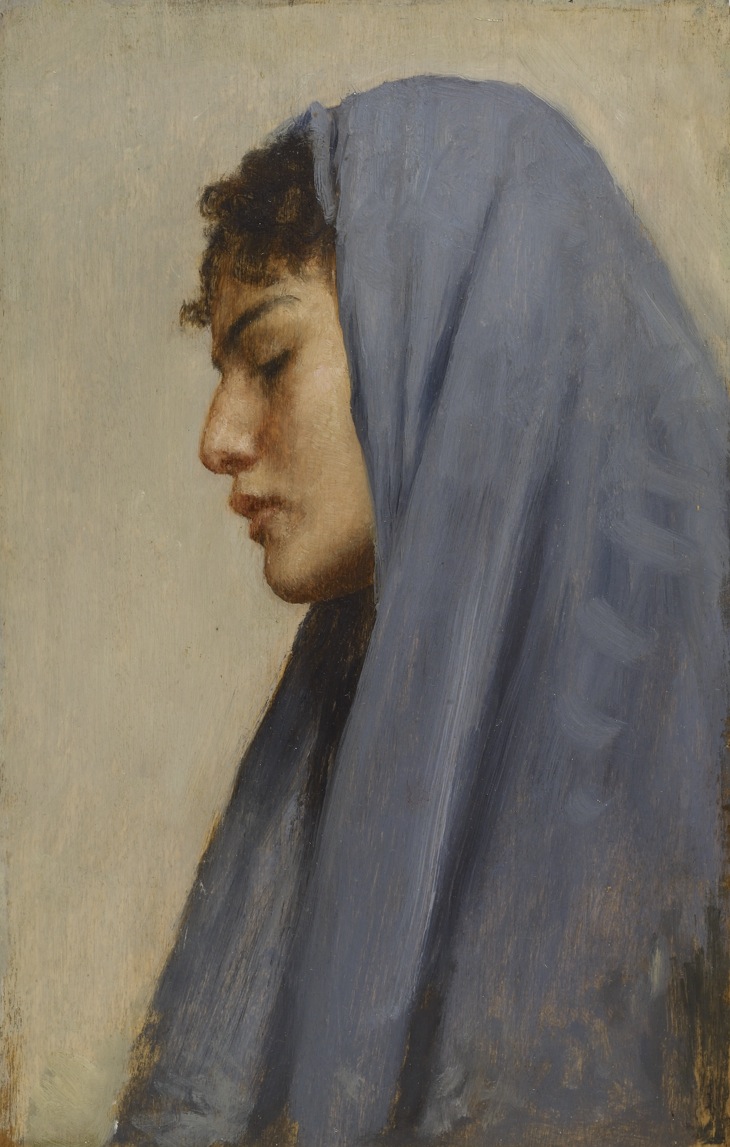 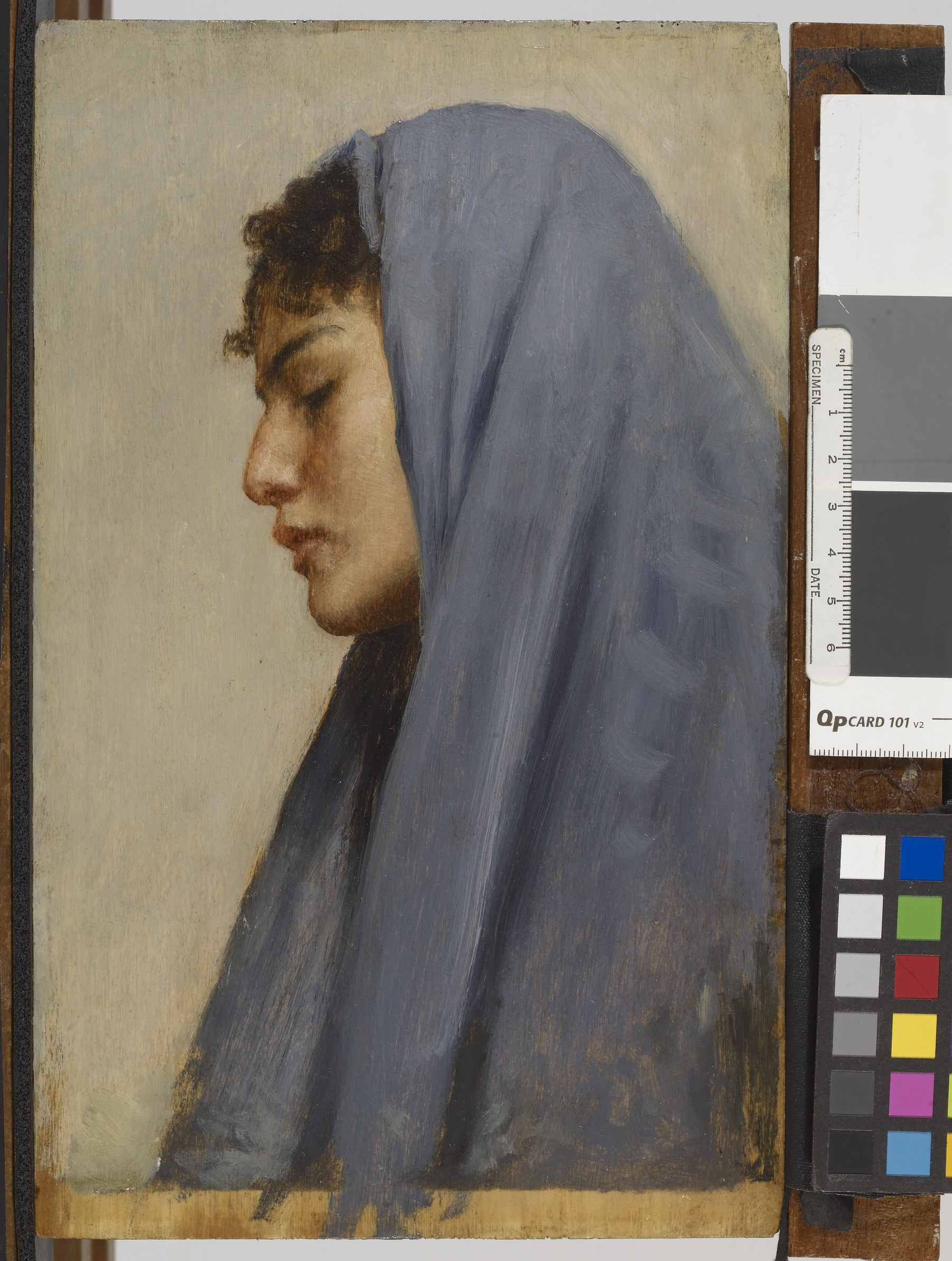 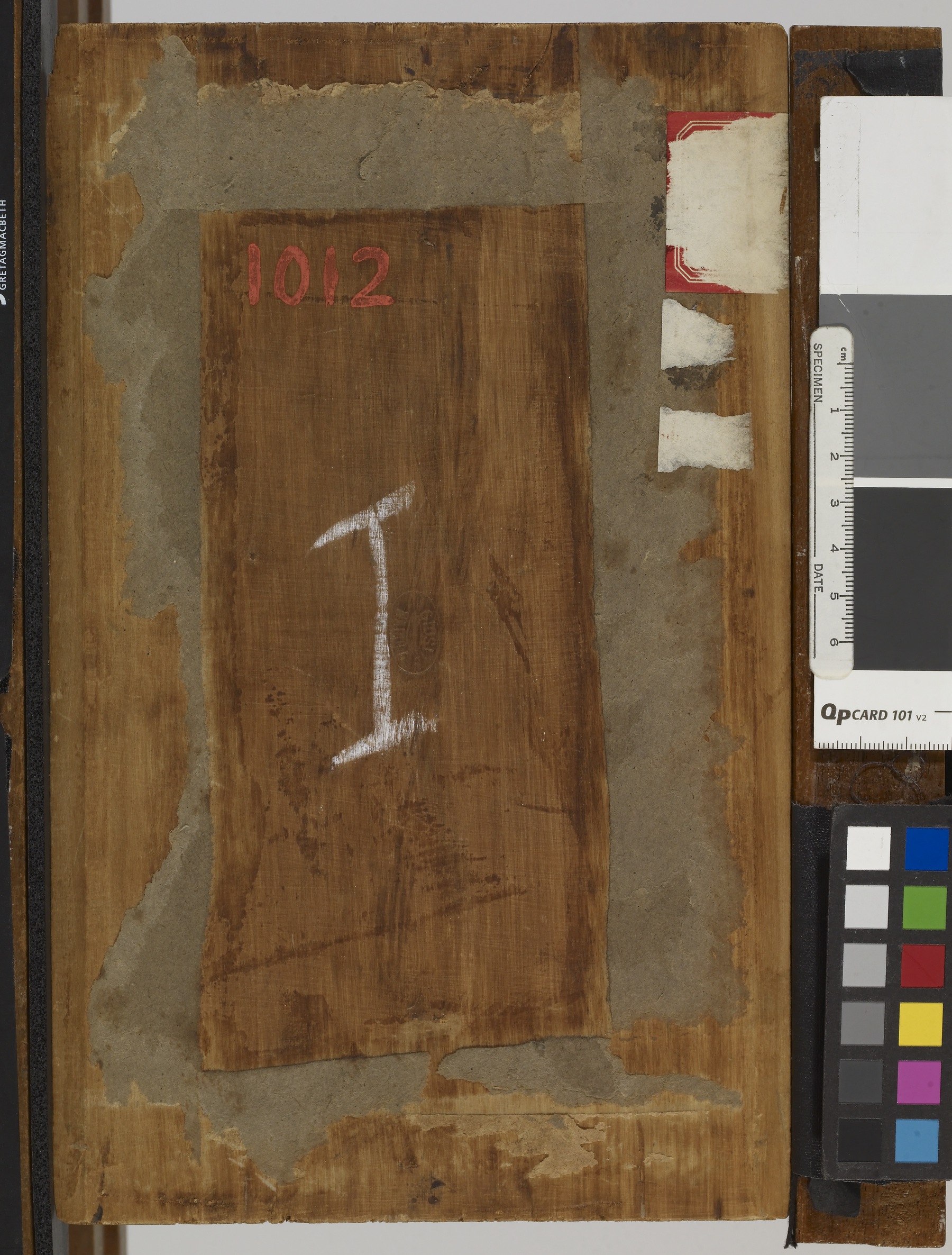 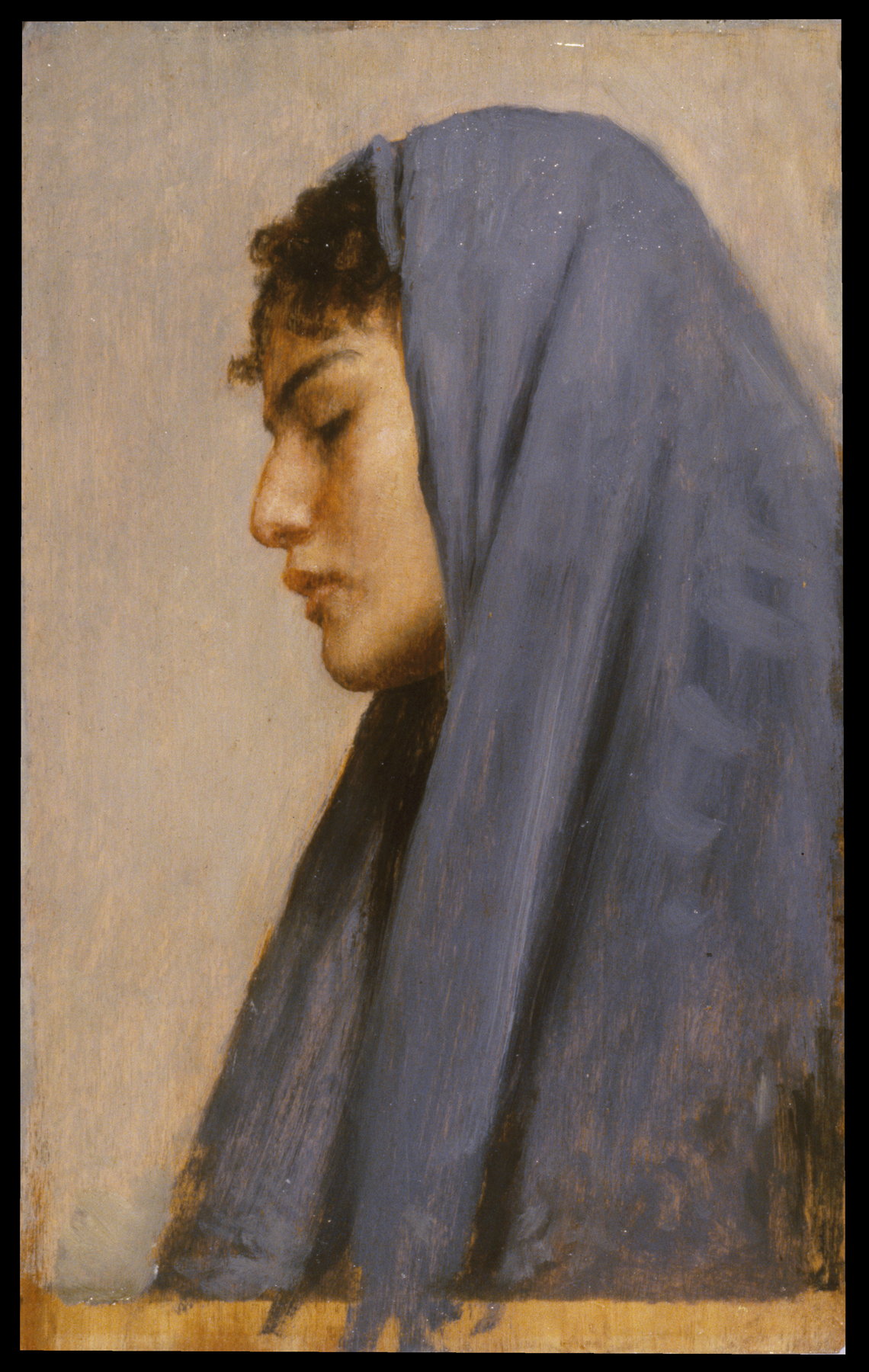 Profile Head of a Young Woman

Müller produced at least five paintings of a model whose name he recorded only as “Nasleh.” No further information has been found about her identity. Such studies done from life were intended to serve as preparatory works for larger paintings or book illustrations. In this portrait, and another at the Walters showing the same woman (WAM 37.1013), Müller experiments with different angles that reveal subtly different aspects of Nasleh’s profile as well as backgrounds that either suggest or obscure a specific geographic location. From 1873 to 1886, Müller divided his time between studios in Cairo, Egypt, and his home of Vienna, Austria. It was likely on one of these visits to the Middle East that Müller painted Nasleh. 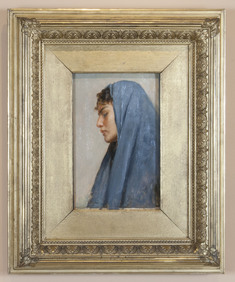