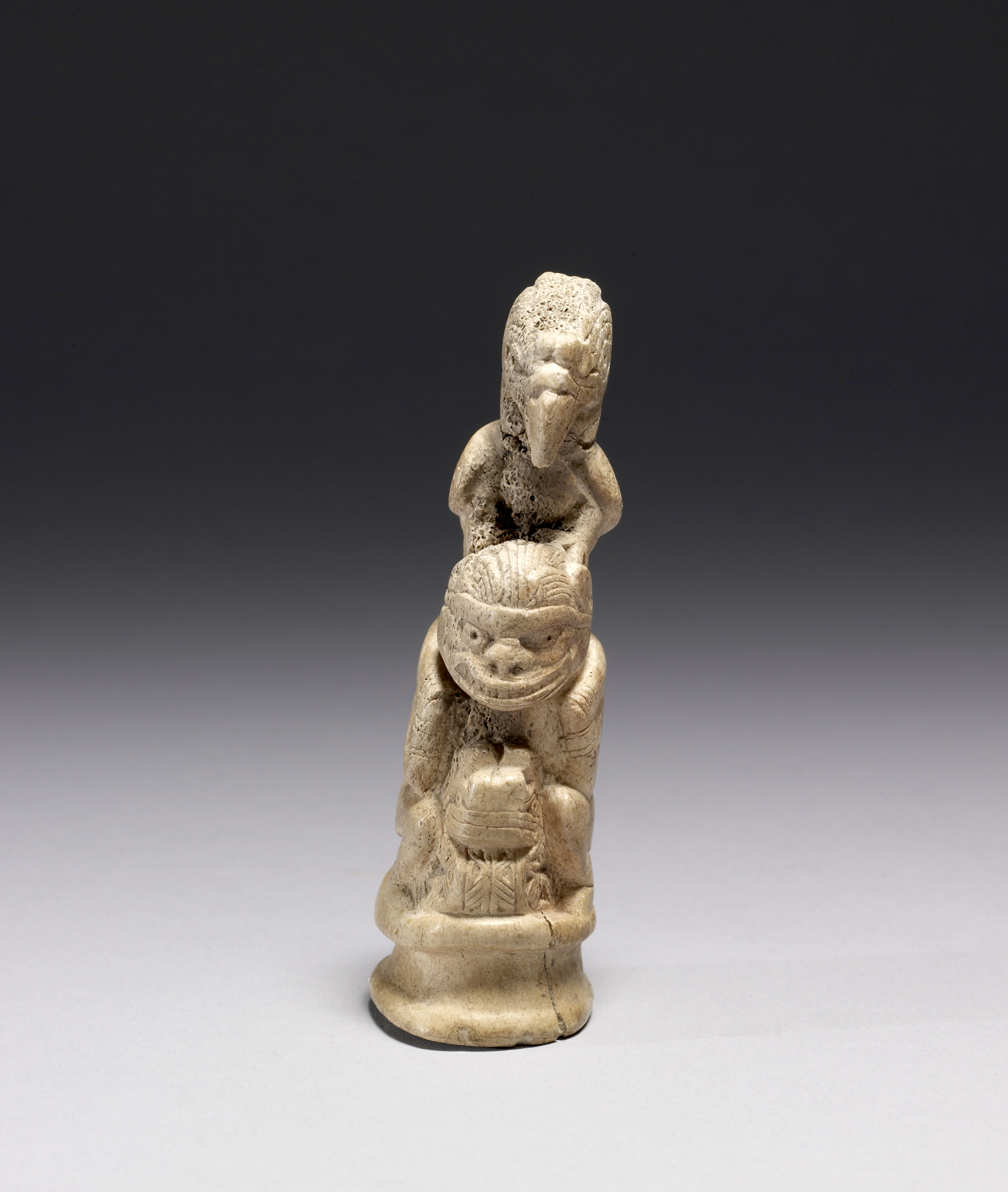 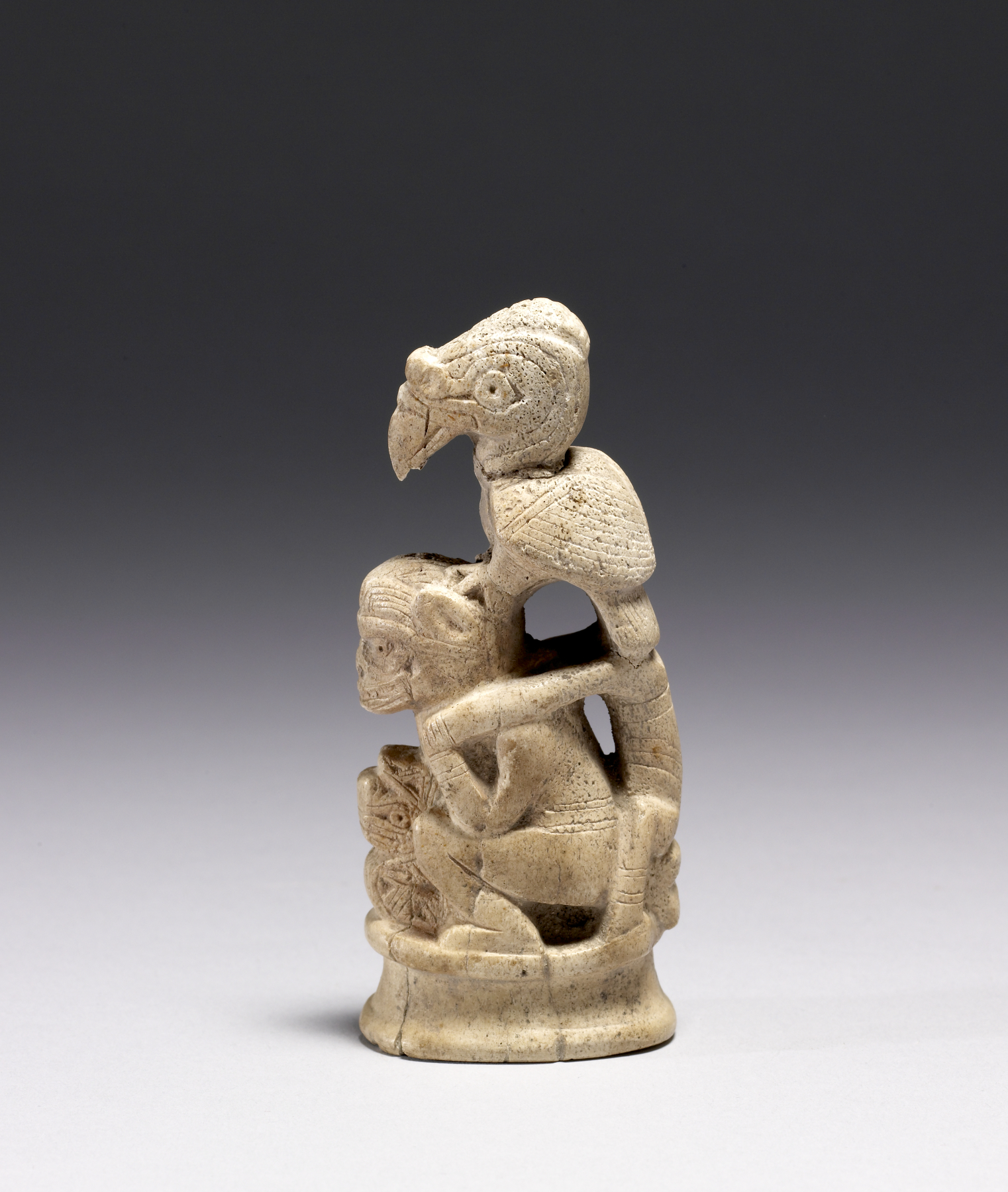 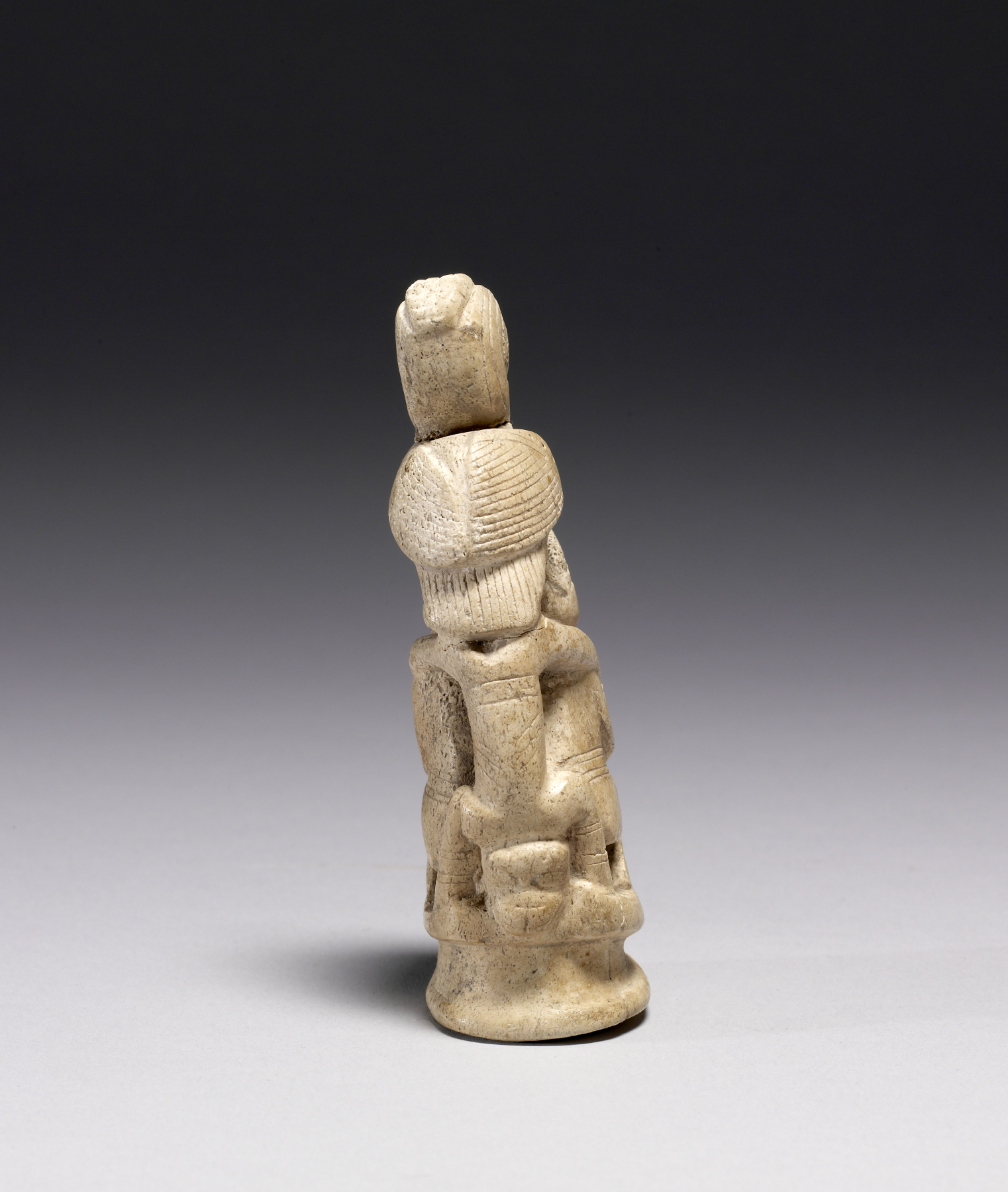 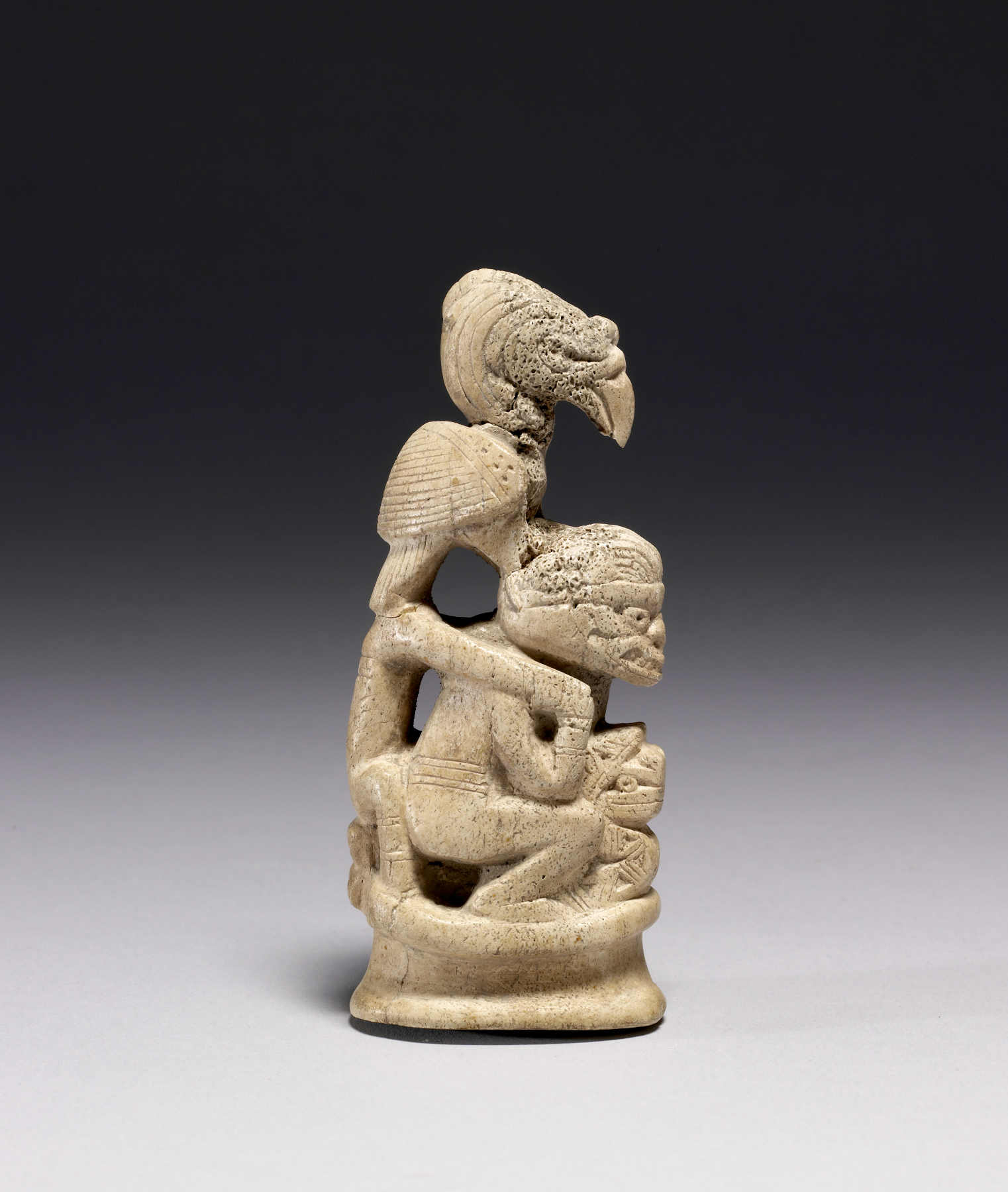 Bone Carving of a Shaman-Vulture

The carved bone finial likely once graced the head of a ritual staff-like implement of a shaman. Finials are a fairly rare class of object among northern South American material culture, with gold examples attested among the Sinú and bone ones, such as this example, among the Tairona. Although their exact use and meaning remain unclear, the presentation on this example of a grimacing humanoid figure surrounded by three symbolically charged creatures seems to represent a shaman in a drug-induced trance.

Throughout Middle America vultures are commonly affiliated with the celestial realm; jaguars with the terrestrial realm; and serpents with the watery underworld. In this example one creature from each "level" of the Tairona cosmic conceptualization is positioned in relation to the central shaman- the vulture is perched above his head, the serpent between his legs, and, in lieu of the common jaguar, an apparently lizard-like creature is held upside down on the shaman's back.

The shaman's slightly simian nose and exaggerated grimace mark his altered trace-state; in effect, he has achieved a hyper-real, 'super'-natural state, and thus is prepared to communicate directly with the otherworldly spirit representatives of the earth, sky, and underworld.