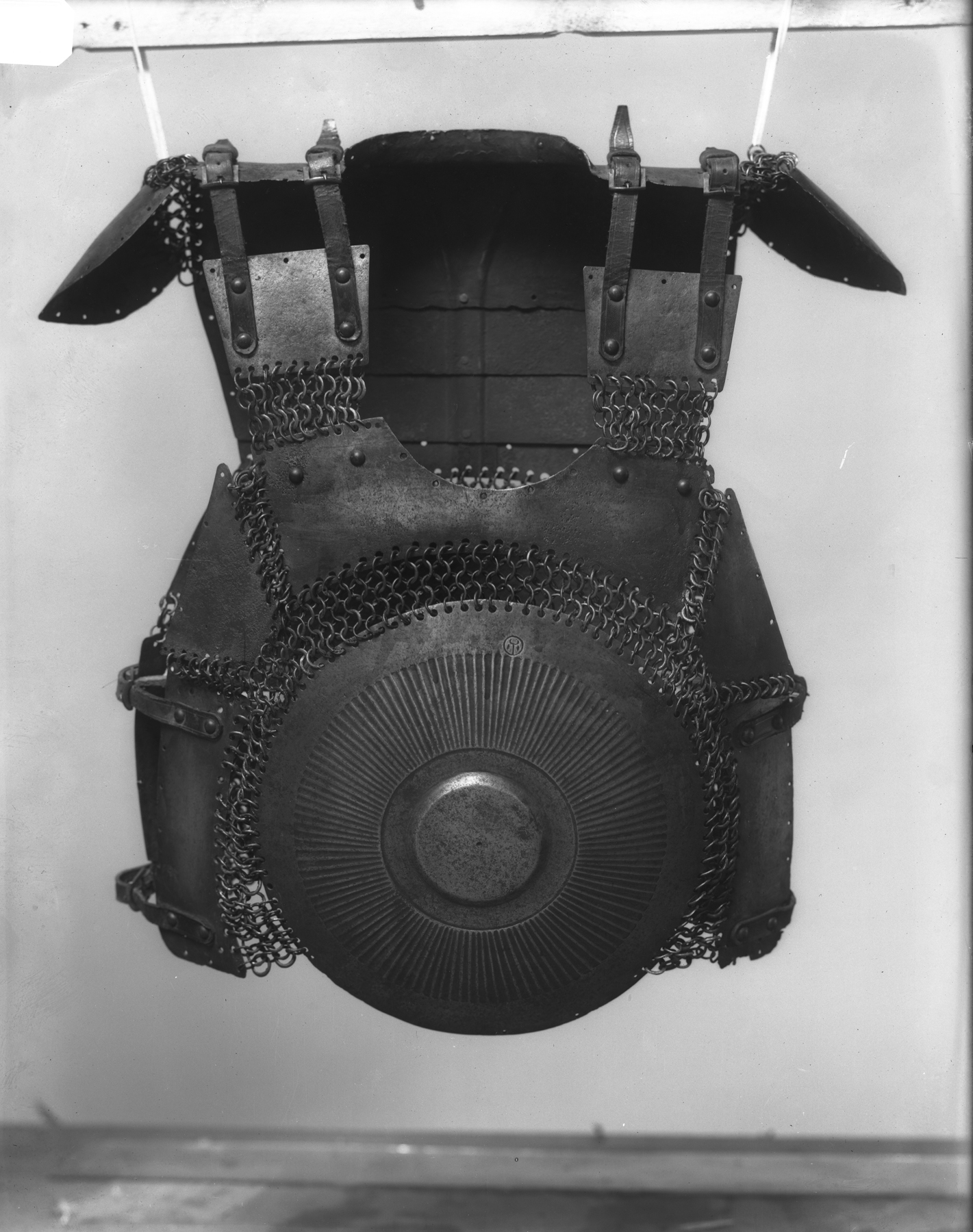 The Turkish arms and armor collected during the 1500s and 1600s in Habsburg circles were either trophies of a feared enemy or diplomatic gifts. They reflected efforts to repel the invasions of Europe by successive sultans of the Ottoman dynasty, who, as caliphs-successors of the prophet Muhammad as leaders of Islam-considered themselves obliged to wage holy wars against non-Muslims. The Ottoman Empire, with its capital at Constantinople (present-day Istanbul, Turkey), reached its height as a world power during the reign of Suleiman I the Magnificent (r. 1520-66) whose European incursions reached as far as Vienna. The Habsburgs led the defense of Christian Europe: the Spanish branch, at sea and in North Africa, and the Austrian branch, on land, with a decisive victory in 1683 at Vienna.