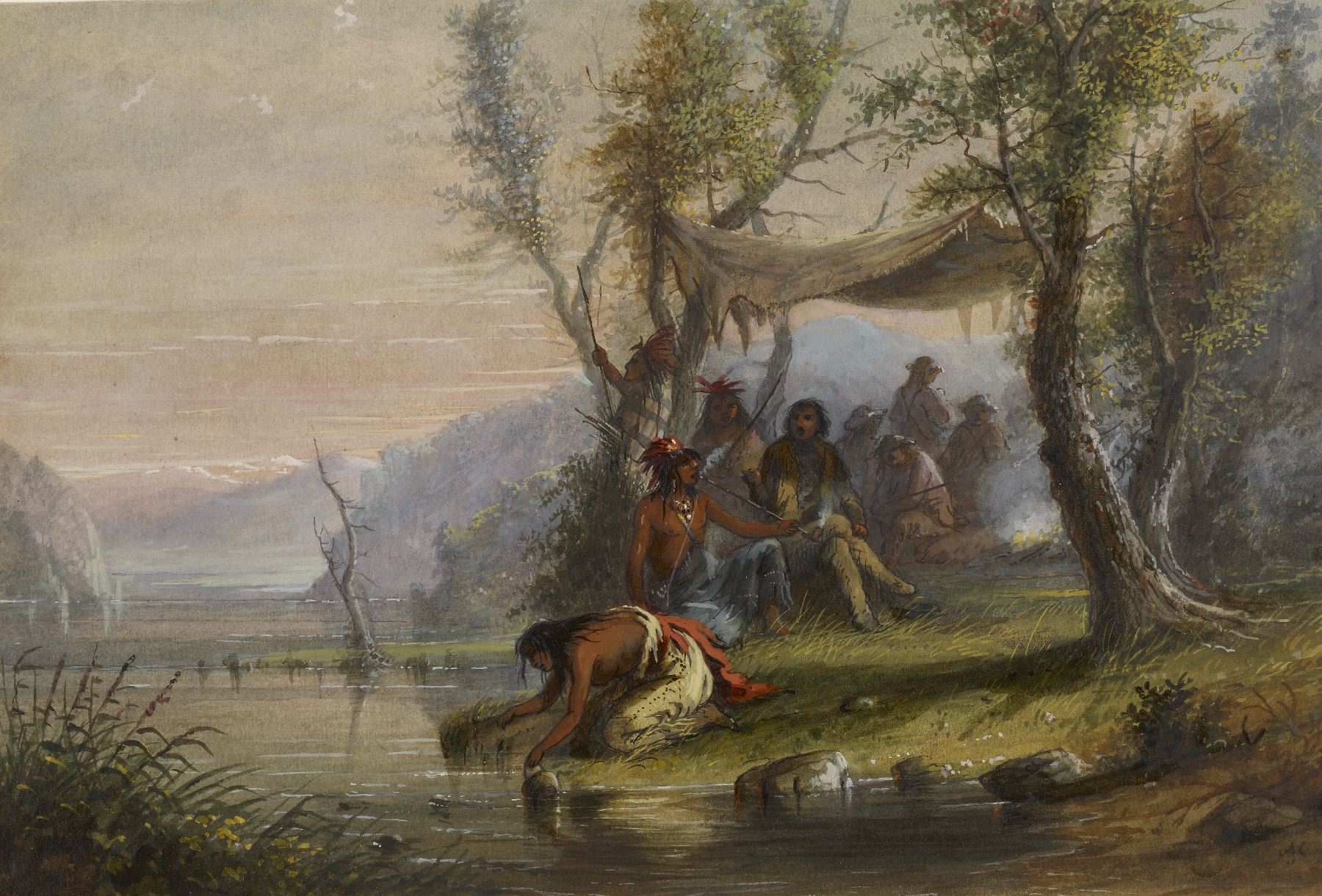 Visit to an Indian Camp

"In the progress of our journey we took especial care to see as much as possible of the Indian in his domestic life. In making such visits our men carried their rifles, as an Indian's respect for you is increased thereby, and indeed your safety depends often upon it. Whenever we found friendly Indians encamped, the inevitable pipe was brought forward and passed around, each taking two or three whiffs,- this not only proclaims good will towards you. As they are perfectly free from care and responsibilities of all kinds, it is not wonderful that Trappers and travellers soon begin to have sympathy and fondness for their mode of life." A.J. Miller, extracted from "The West of Alfred Jacob Miller" (1837).