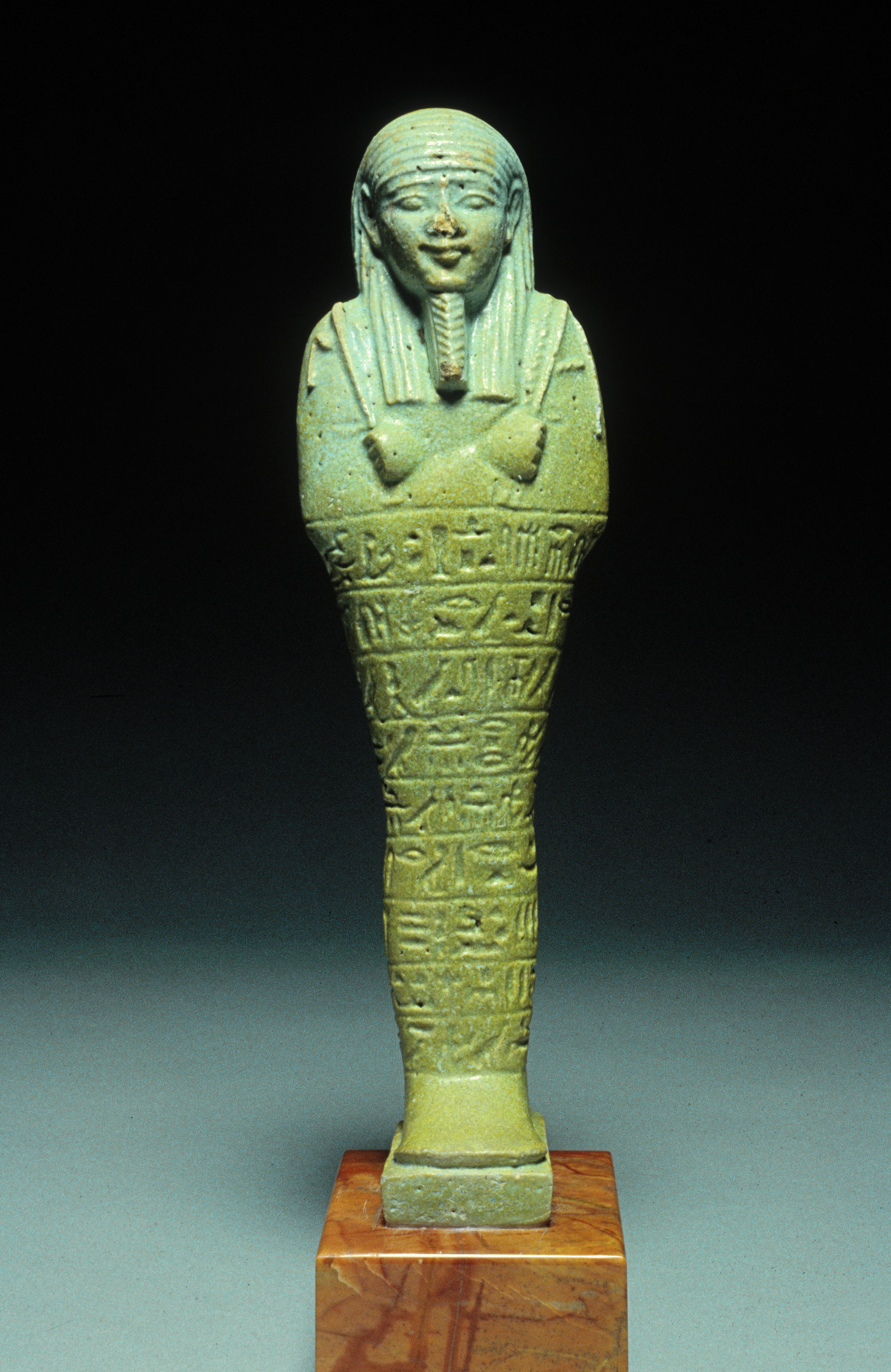 Ushabti (meaning "answerers"), also called "shawabti," which resemble miniature mummies, were made of different materials such as wood or Egyptian faience (ceramic-like material). These funerary statuettes represent the individual whom they accompanied into the tomb and the afterlife. If a god called on the deceased to perform labor in the afterlife, this servant substitute, magically invoked by a traditional spell, would answer and do the work on behalf of the tomb's owner.

This ushabti figure displays its owner with a long wig and a divine chin beard with a plaited pattern and curved lower end. He holds hoes for field work in his hands and has a back pillar. The inscription, which contains the "Ushabti-formula" from the sixth chapter of the "Book of the Dead," is laid out in nine rows below his arms.

[Translation] "The Osiris: the royal scribe, Ah-mose, born of Hetep-bastet."