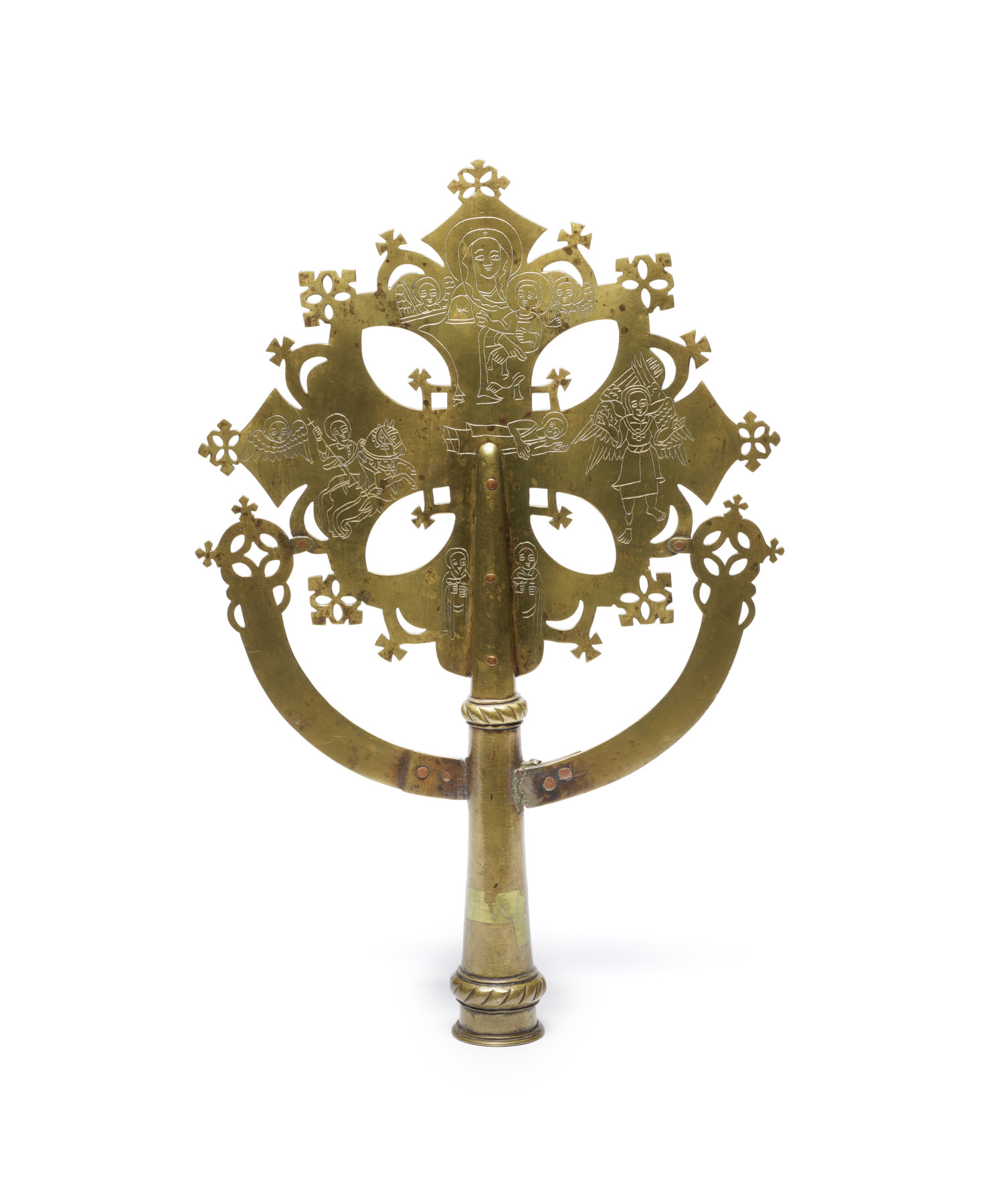 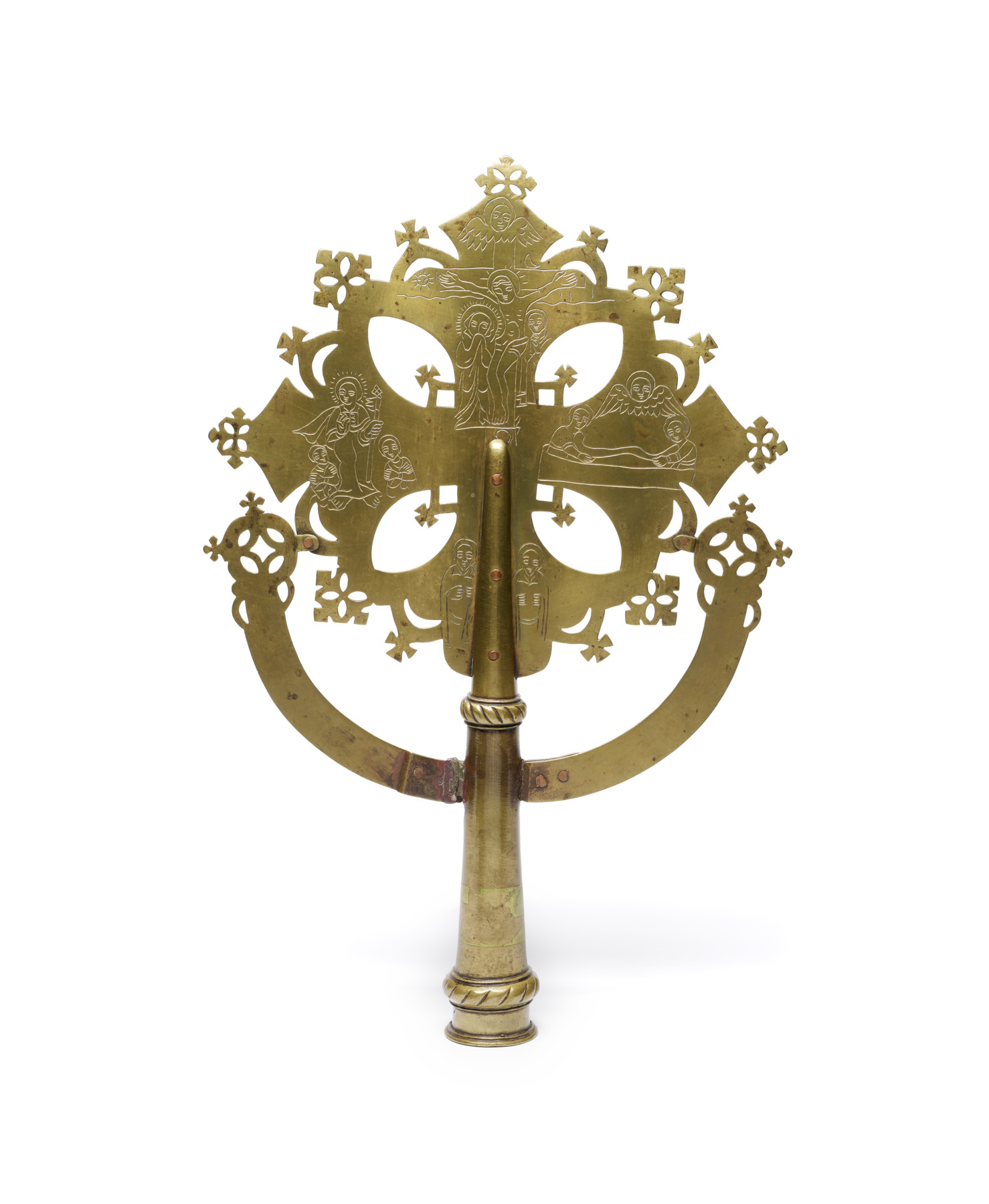 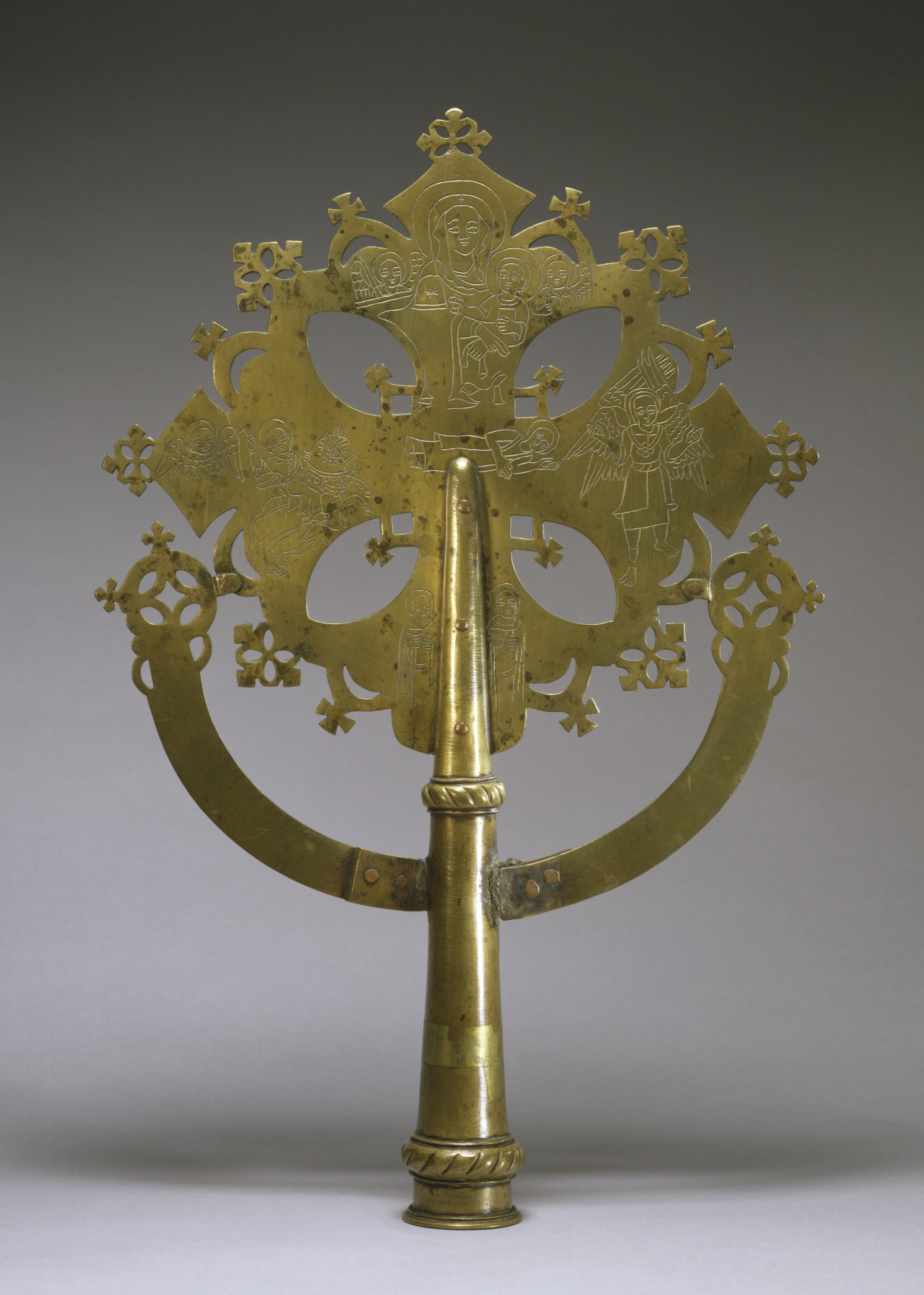 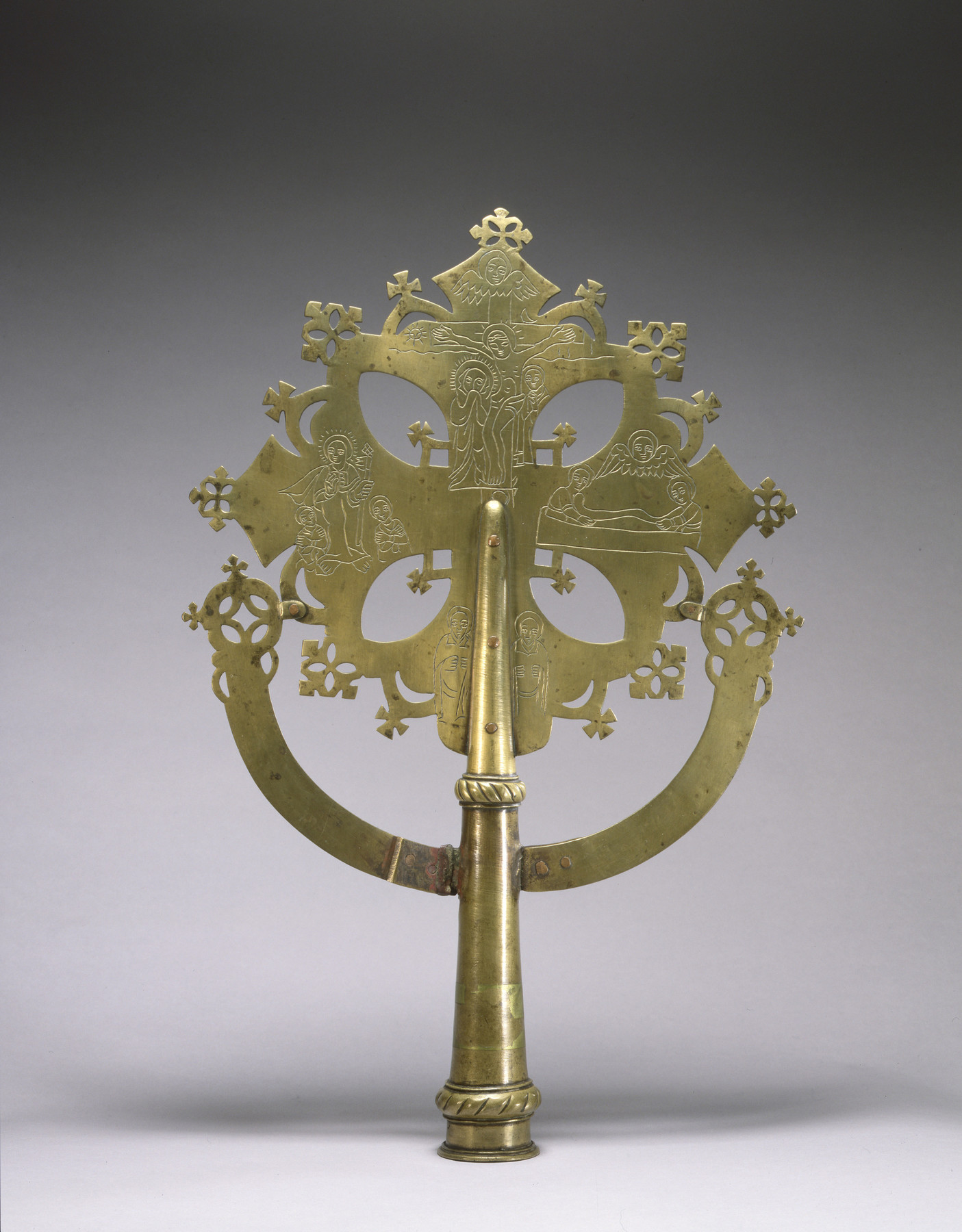 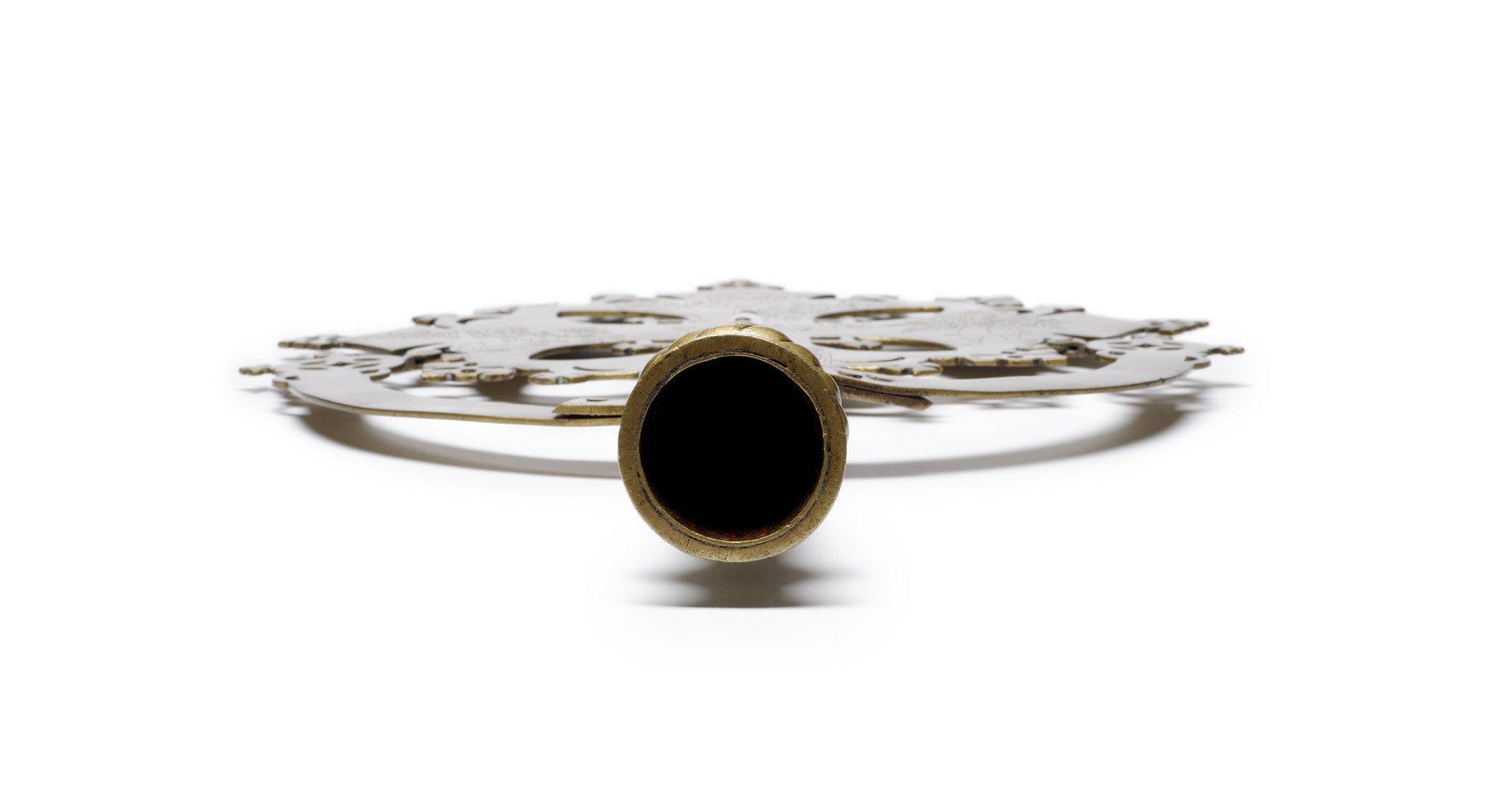 Although brass gradually replaced bronze as the primary material for crosses during the 15th century, crosses with incised figural decoration on the arms as well as the central panel did not appear until the Gondarine period. Unlike the earlier crosses, which were cast using the lost-wax technique, the separate components of this cross were cut from a flat sheet and welded together. The cross is, therefore, composed of three separate pieces that have been riveted to the shaft. The two lower arms supported the fabric dressing required for all processional crosses. Their attachment to the transverse arms of the main cross, which was considerably wider than its predecessors, stabilized the entire object.

The front of the cross features Our Lady Mary with her Son, Saint George, Saint Täklä Haymanot, and a prostrate donor. The back depicts the Crucifixion, the Entombment, the Resurrection; and two unidentified saints. Täklä Haymanot (ca. 1214-1313), one of the most important monastic saints in Ethiopia, appears here with a broken leg, an injury he sustained during extended hours standing at prayer. Before Täklä Haymanot is the cross's patron, who assumes the prostrate position reserved for donor figures. The presence of the patron demonstrates that the cross was commissioned as a votive object, and was perhaps presented to one of the many churches in the vicinity of Gondar.