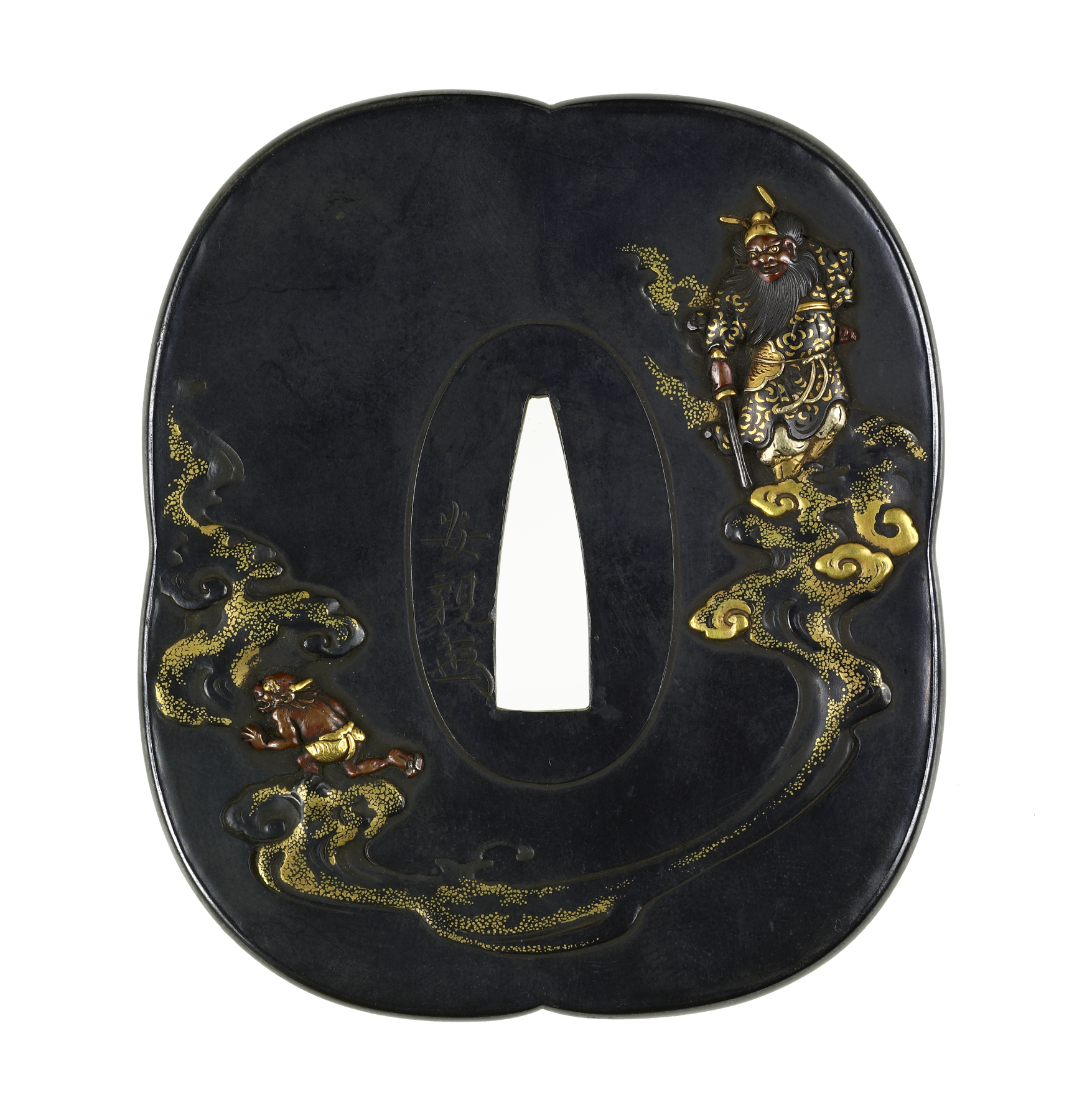 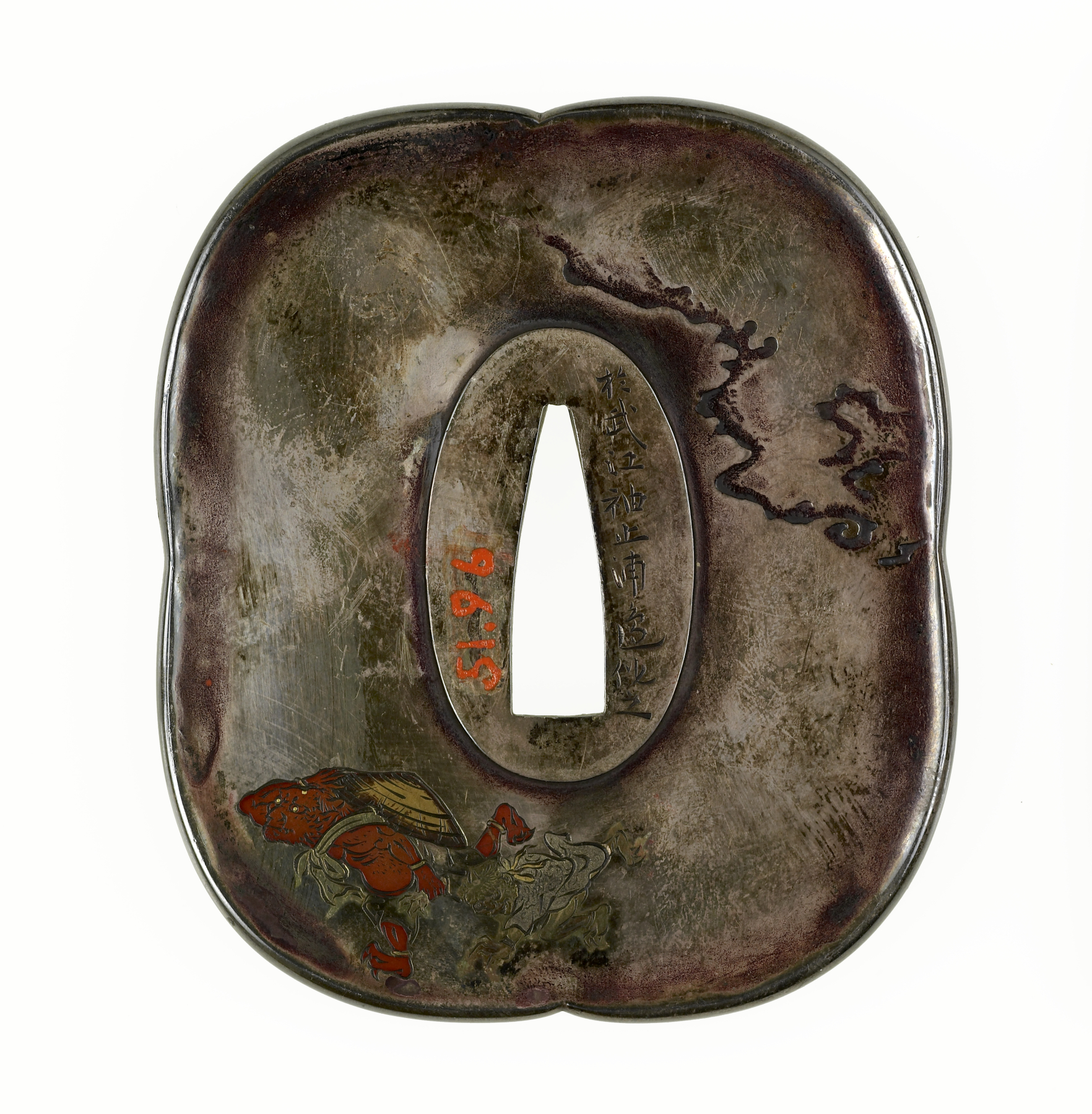 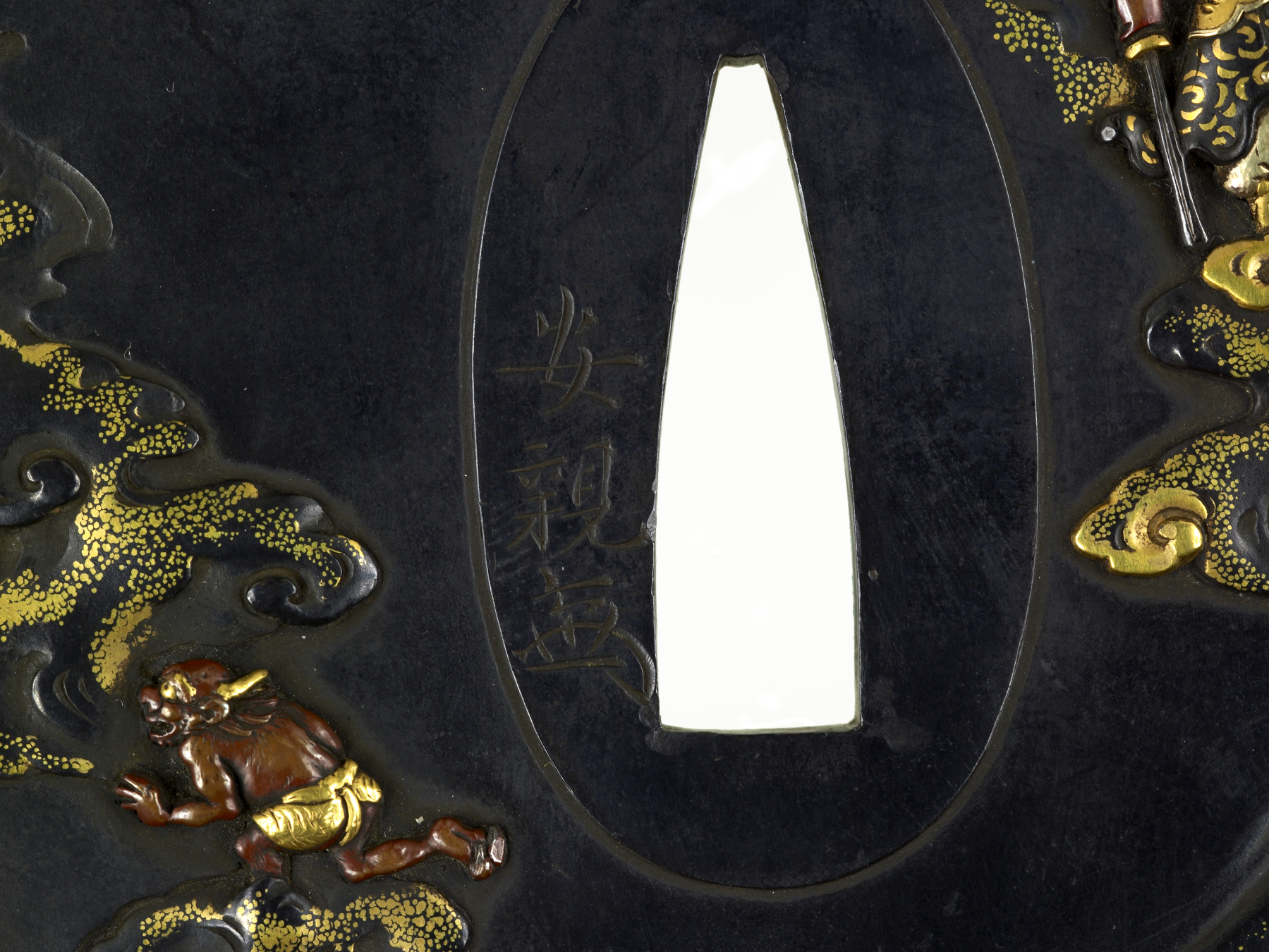 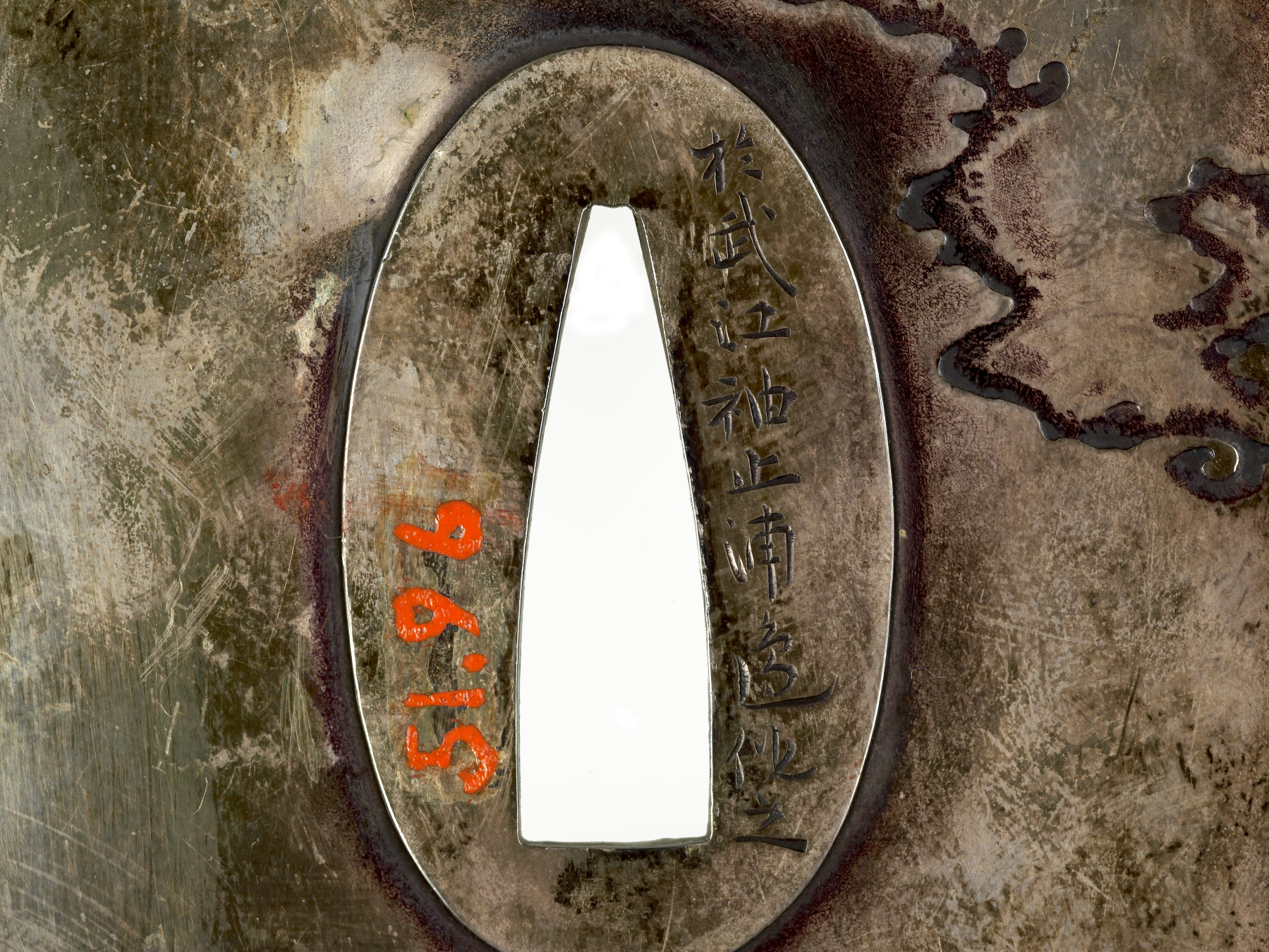 On a cloud at the upper right stands the demon queller Shôki. He is dressed in Chinese-style armor. The cloud continues below the central opening of the tsuba to where a demon runs away from Shôki. This motif continues on the reverse of the tsuba where two more demons are shown fleeing. The reverse was over cleaned at some point in the tsuba's history resulting in a loss in detail. The legend of Shôki originated in China. Shôki was an aspiring scholar in China who committed suicide when he failed the examinations to become a government official. The emperor, when he realized the degree of Shôki's commitment to service, awarded him the title of doctor. Shôki then appeared to the emperor in a dream where he vowed to protect the empire from demons to show his gratitude. As one might expect on a sword fitting, Shôki is depicted as a fierce and devoted warrior quelling three demons.

[Signature] 安親; [Translation] Yasuchika; [Transcription] 於武江袖止浦辺作之; [Transliteration] Ni oite Bukô sodetome urabe saku kore o; [Translation] This was made at Edo in Bushû on the coast for a coming-of-age ceremony