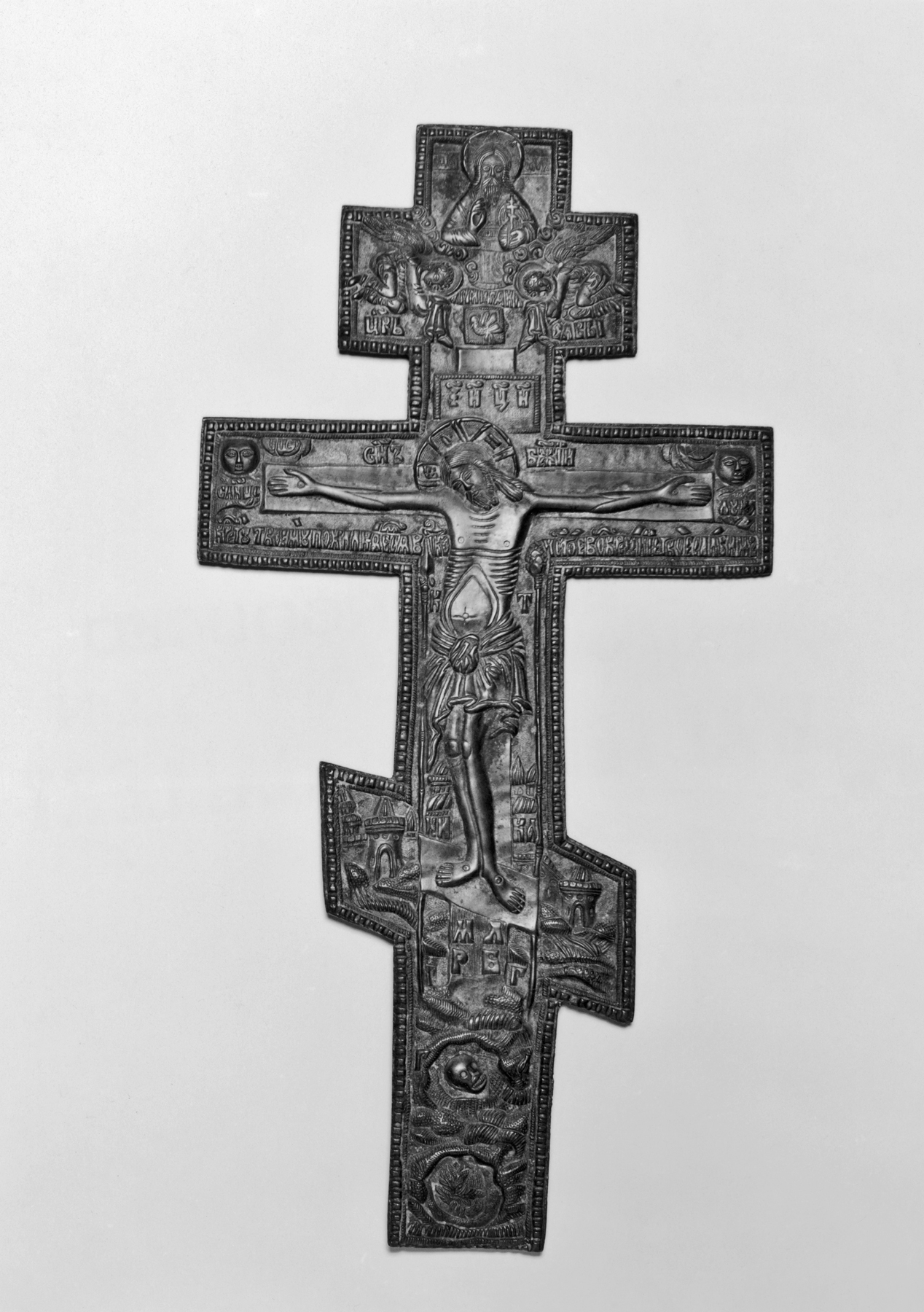 Christ is shown crucified on Mount Golgotha, with the walls of Jerusalem appearing on either side of the foot of the cross. Above, God the Father is seen with two angels and the dove of the Holy Spirit. The sun and the moon appear above the arms of the cross, and the skull of Adam is below. Large numbers of bronze crosses like this one were cast in 19th-century Russia for private devotion.