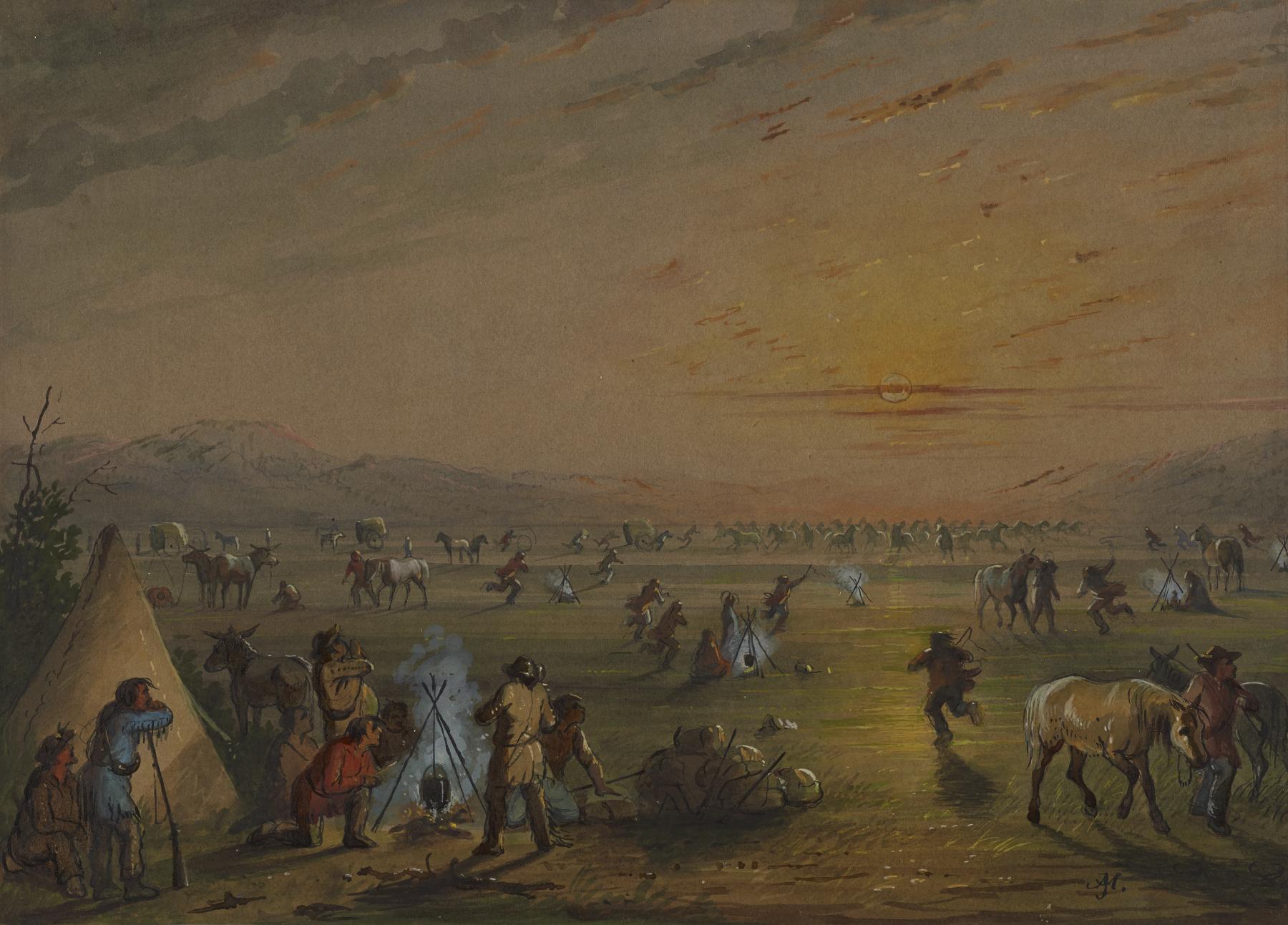 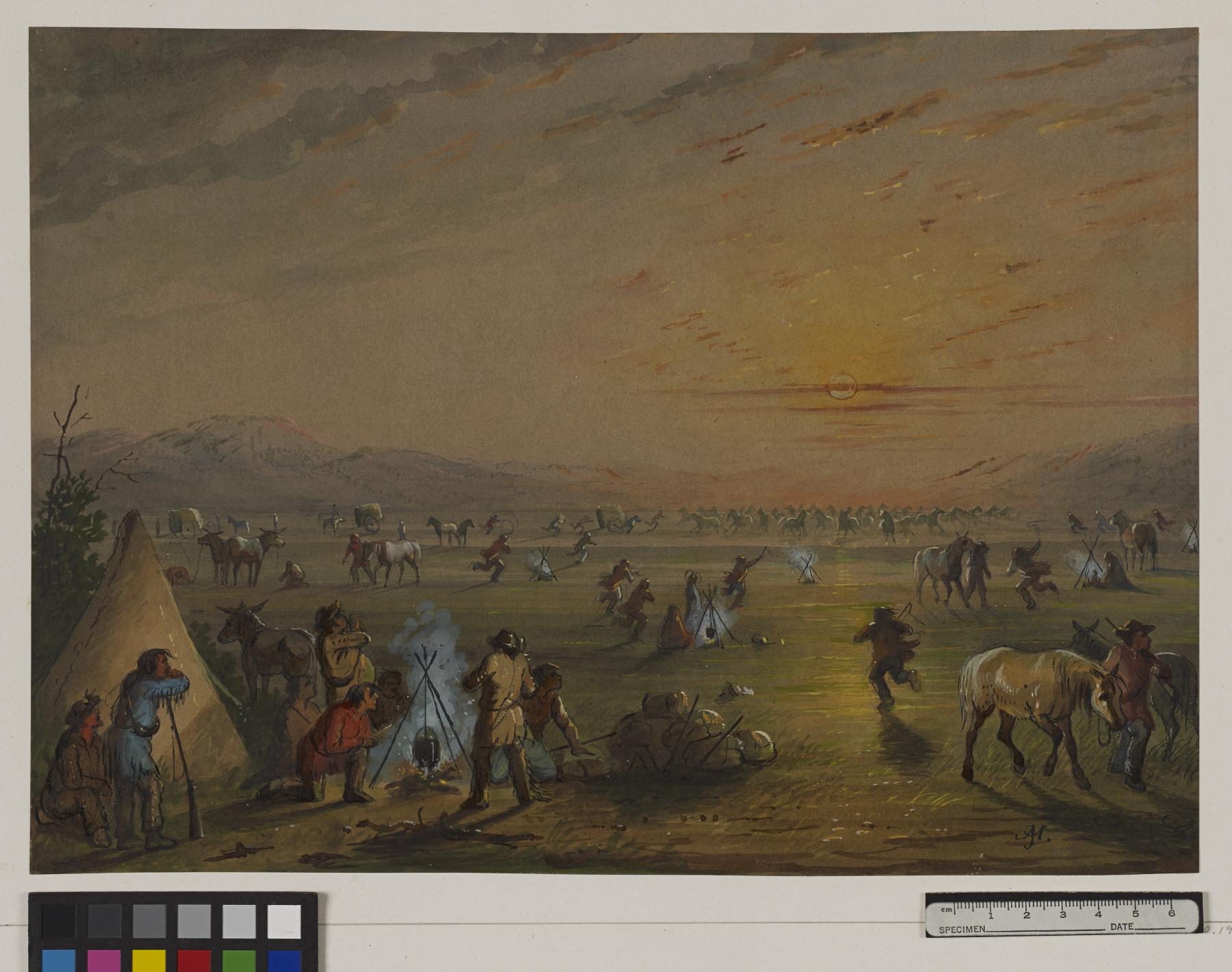 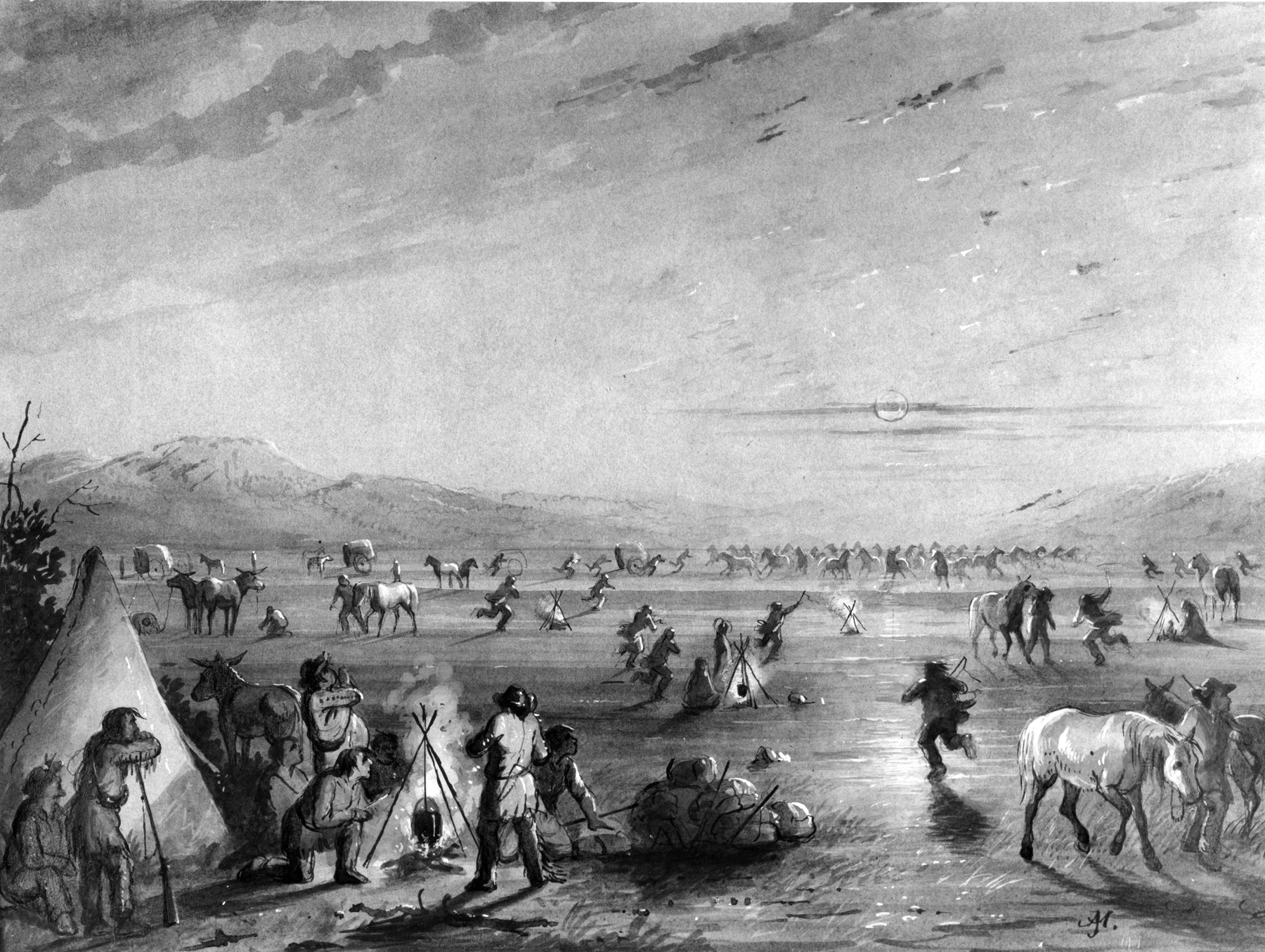 "The point of view is from Monsr Proveau's Tent,- and the time near sunset. The men have been quietly preparing their evening meals. Mo'sieur P. adipose & rotonde - 'larding the lean earth as he walks along,'- now raises both hands to his mouth and with stentorian lungs bawls out someithing like 'Attrapez des Chevaux'- the men immediately rise and run towards a cloud of dust from which the horses are seen emerging,- these are being driven in by the horse-guards from their range, some 2 or 3 miles, and the men secure each their own by lariats trailing on the ground from their necks, extending some 15 feet,- thense they proceed to their pickets, where they are secured for the night, with sufficient range to permit their grazing until morning." A.J. Miller, extracted from "The West of Alfred Jacob Miller" (1837).