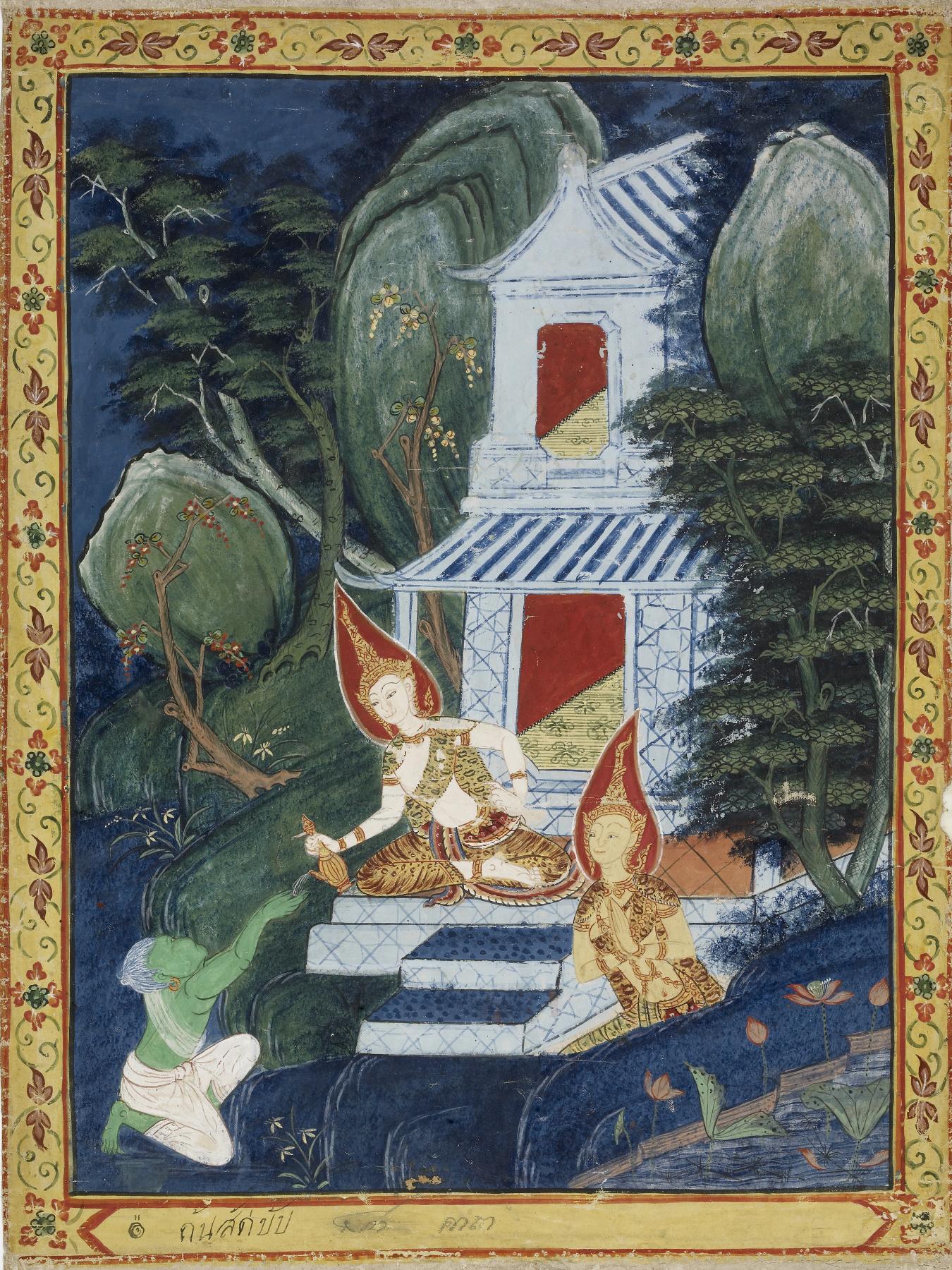 The deity Indra fears that a dishonorable person will ask for Maddi. He therefore takes the form of a brahmin and asks for Maddi for himself. In this scene, Indra is recognizable to the viewer in his adopted form because his skin is green, the color associated specifically with Indra. The Chinese-style architecture depicted here is a stylistic trend that became increasingly common in Thai paintings of the mid- to late 19th century. 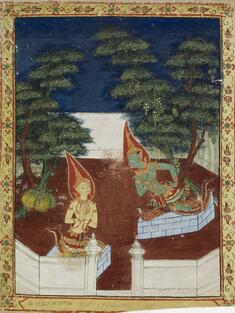 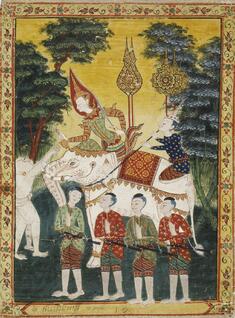 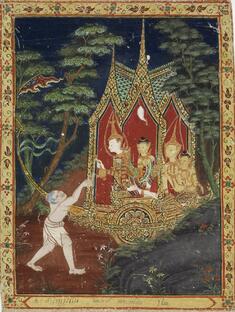 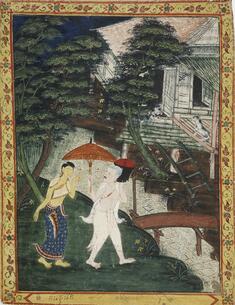 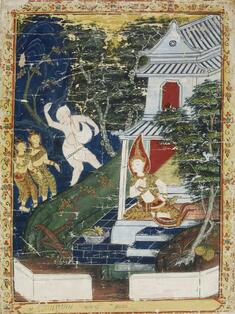