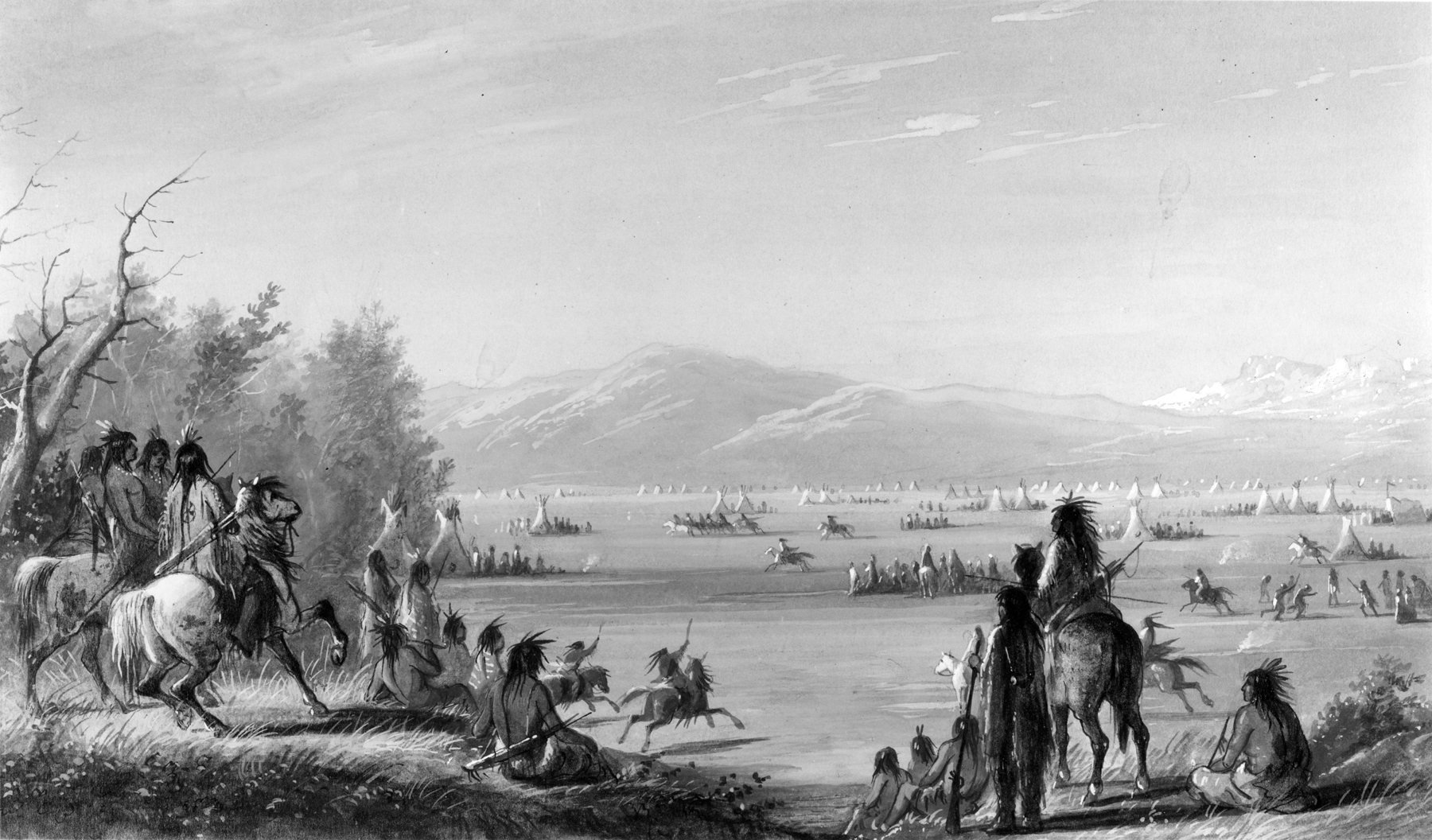 "A large body of Indians, Traders, and Trappers are here congregated, and the view seen from the bluff is pleasing and animated. In the middle distance a race is being run, the horses in all cases running in a direct line and never in a circle as with us. The bets pending on the result are extraordinary in character and diversity, and the Indians are passionately fond of this species of gambling. If an Indian happes to lose all,- he will stake the dress he wears against 3 or 4 ounces of vermillion, and if you win can demand it at once, leaving him almost in the condition of Adam before the fall. The Company's tent is besieged on such occasions. No matter who lose, they are sure to win. Ball playing with bandys and other games are largely indulged in, and the Company make it a point to encourage the Indians in these sports to divert their minds form mischief. White Lodges ranging form 12 to 16 ft. in height are scattered at random over the plain and reach almost to the foot of the distant mountains." A.J. Miller, extracted from "The West of Alfred Jacob Miller" (1837).