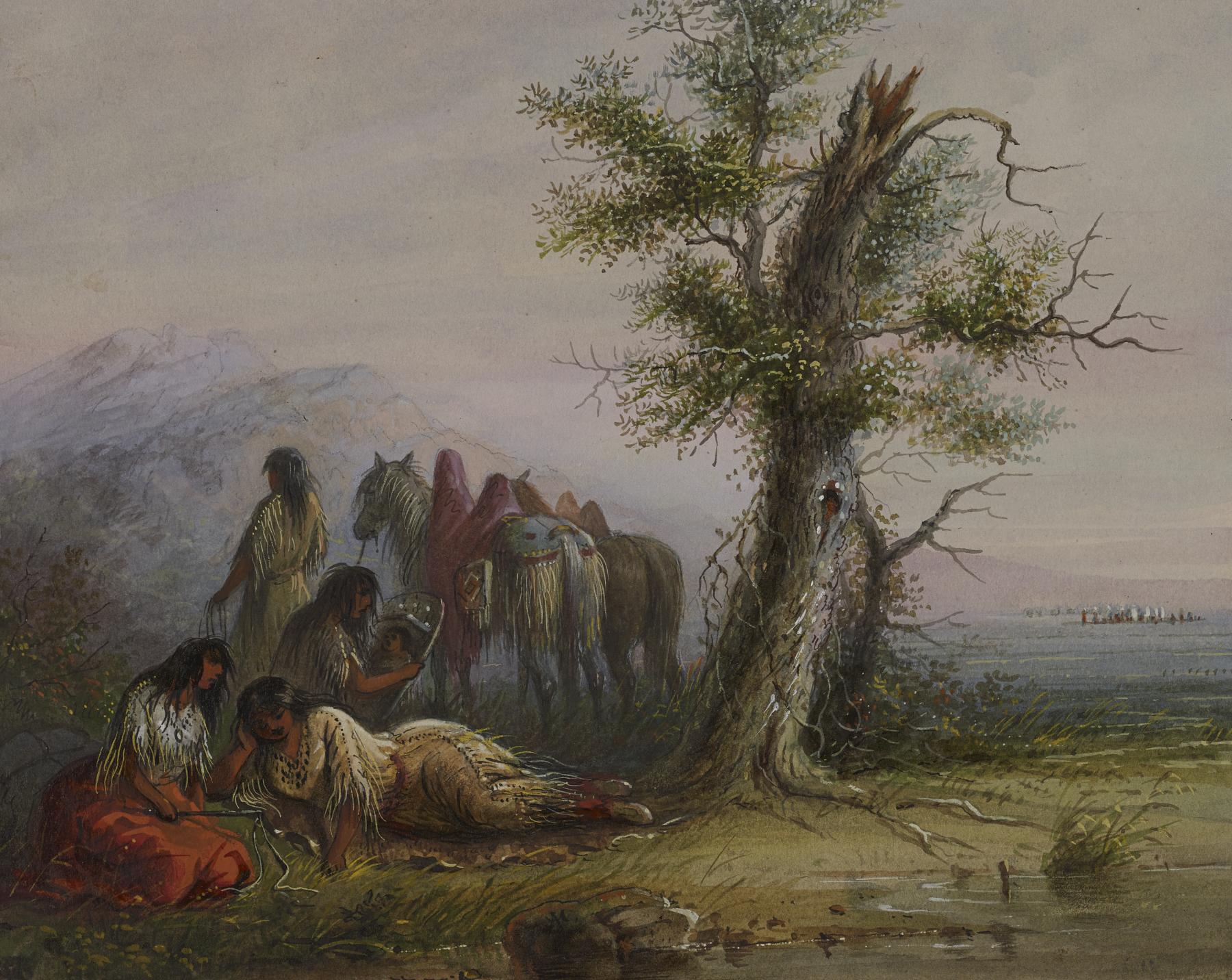 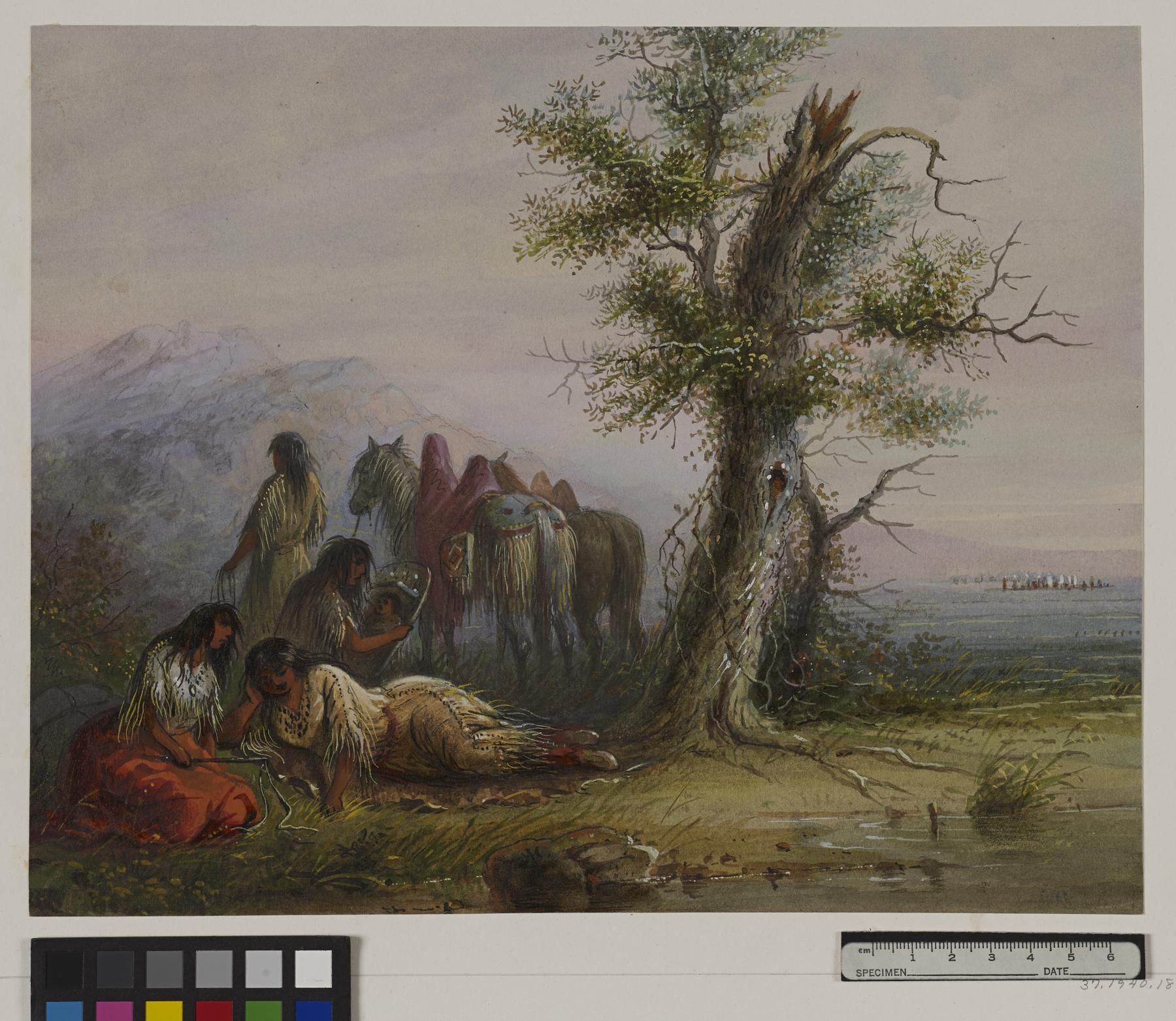 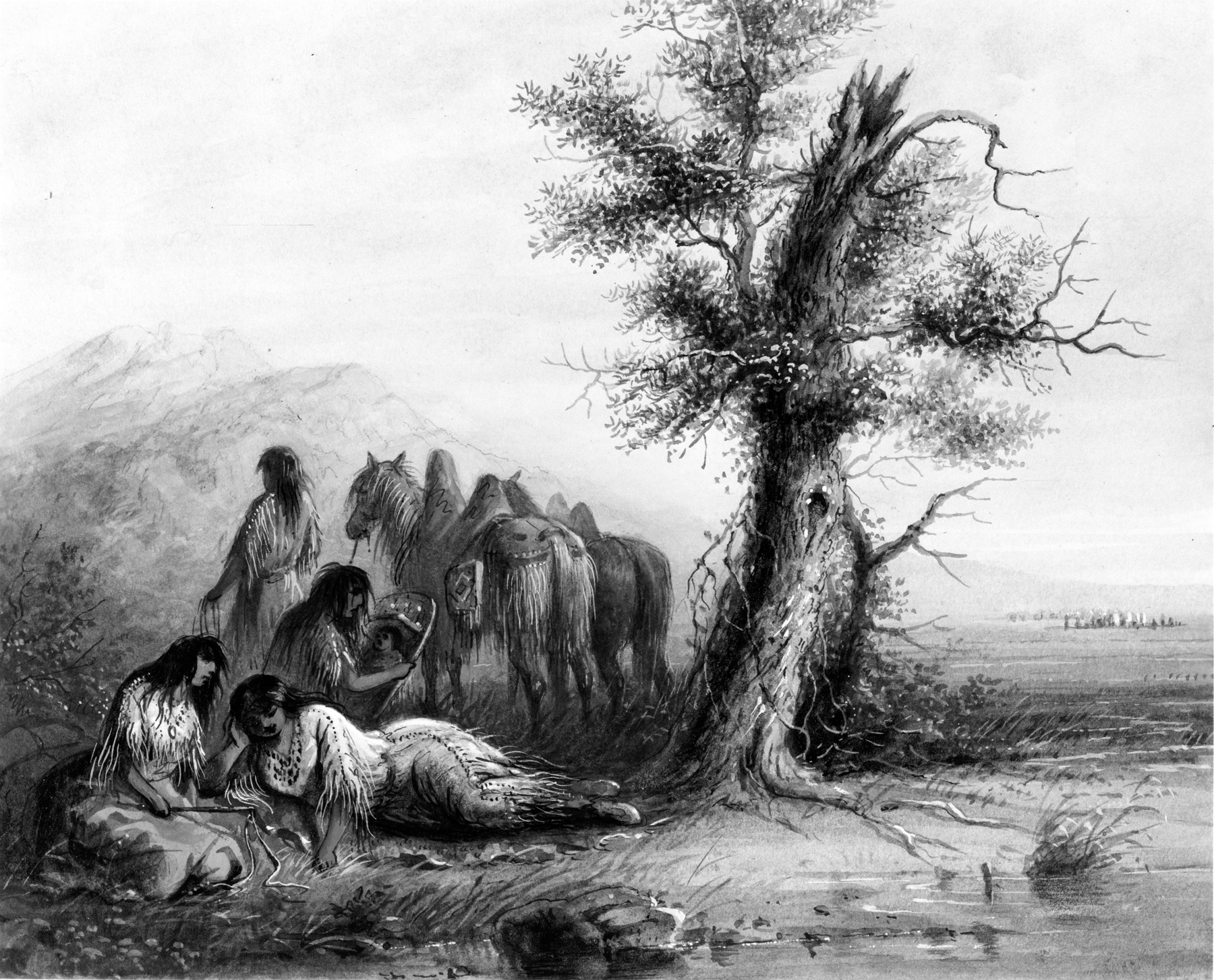 "The foreground of the sketch presents some Indian women in repose;- they have dismounted from their horses near a stream, where the Caravan will halt for a 'nooning.' Much cannot be said in favor of the manner in which the female part of the community are treated by the Indians,- they are mere 'hewers of wood and drawers fo water.' - the North American savage entertaining, we fear, a kindred opinion with the Turks, id est - that they have no souls. When the grande Seigneur arrives,- they set up his lodge, spread his robes, unladen the horses & mules, make his fire, and prepare his meat. On might suppose that this would entitle them to some little acknowledgment,- but if they receive a grunt of acquiescence it is more than is always accorded. This trait does not solely belong to our Indians,- it may be observed in all barbarous countries, and civilzation here presents a glorious and shining contrast. Indeed the rise and progress of the latter may be graduated by the estimation in which women are held, and her appreciation as a companion and faithful friend of man, even when all others discard him." A.J. Miller, extracted from "The West of Alfred Jacob Miller" (1837).