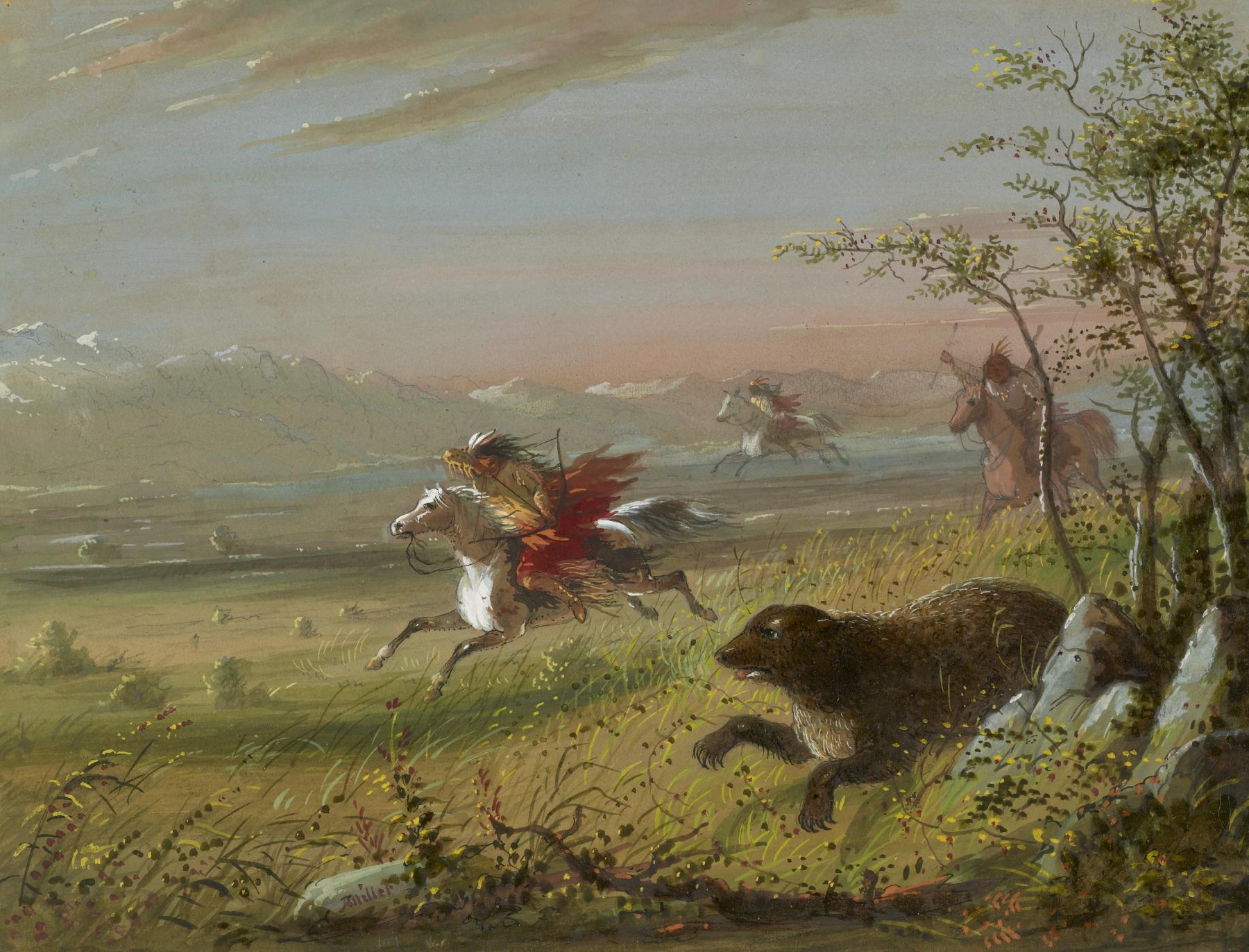 "The Indians have just driven the bear from his covert among some wild cherry bushes, which fruit is decidedly one of his weaknesses; of it he is remarkably fond. They are preparing to run him, giving him at the same time a wide berth, knowing very well the formidable qualities of the brute they have to deal with. As an arrow sometiems fails to pierce his body, owing to thick matted hair, they aim usually at the head, the most vulnerable part." A.J. Miller, extracted from "The West of Alfred Jacob Miller" (1837).