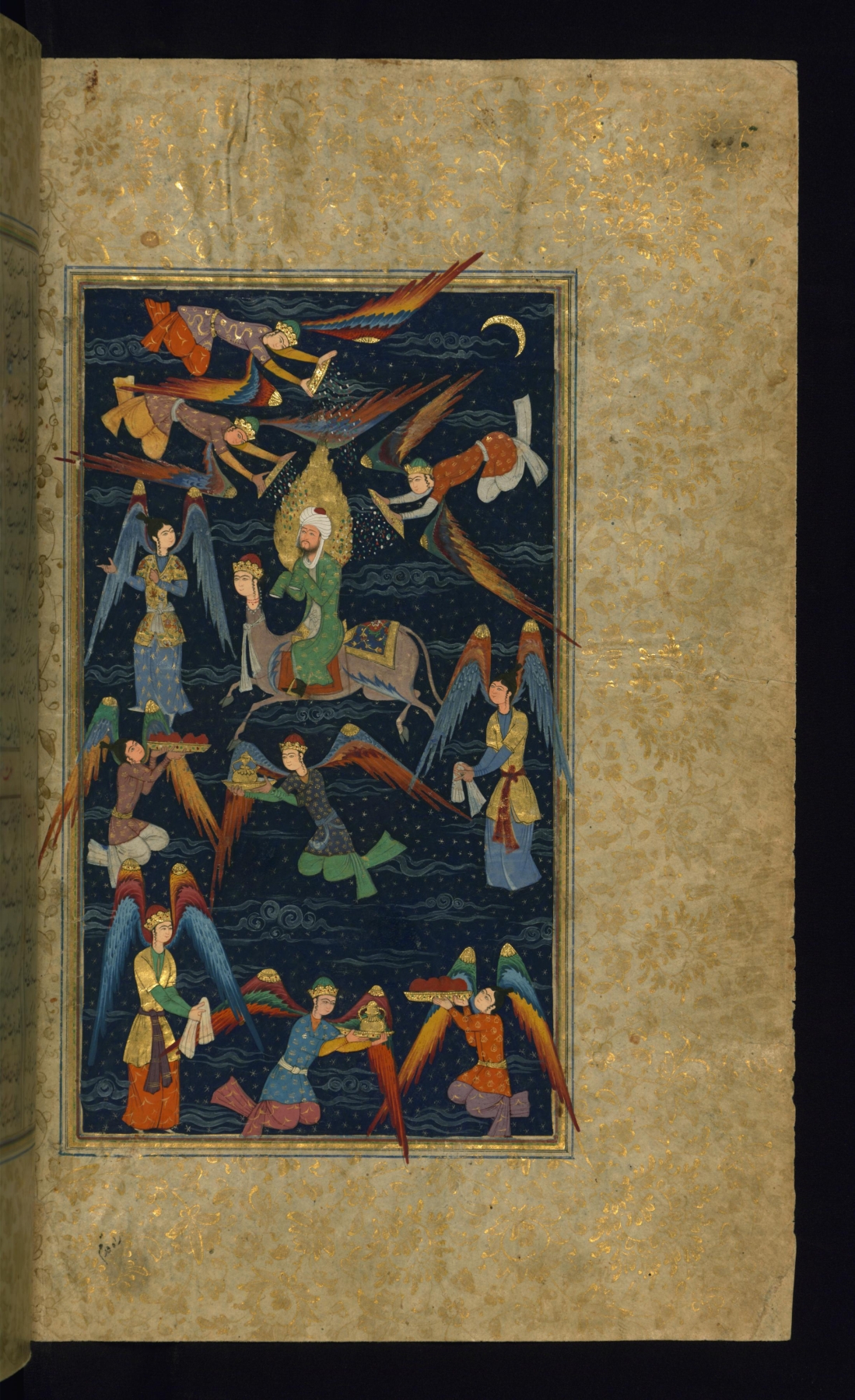 On this folio from Walters manuscript W.607, the Prophet Muhammad is depicted on Buraq, led by the angel Gabriel ascending to the heavens.