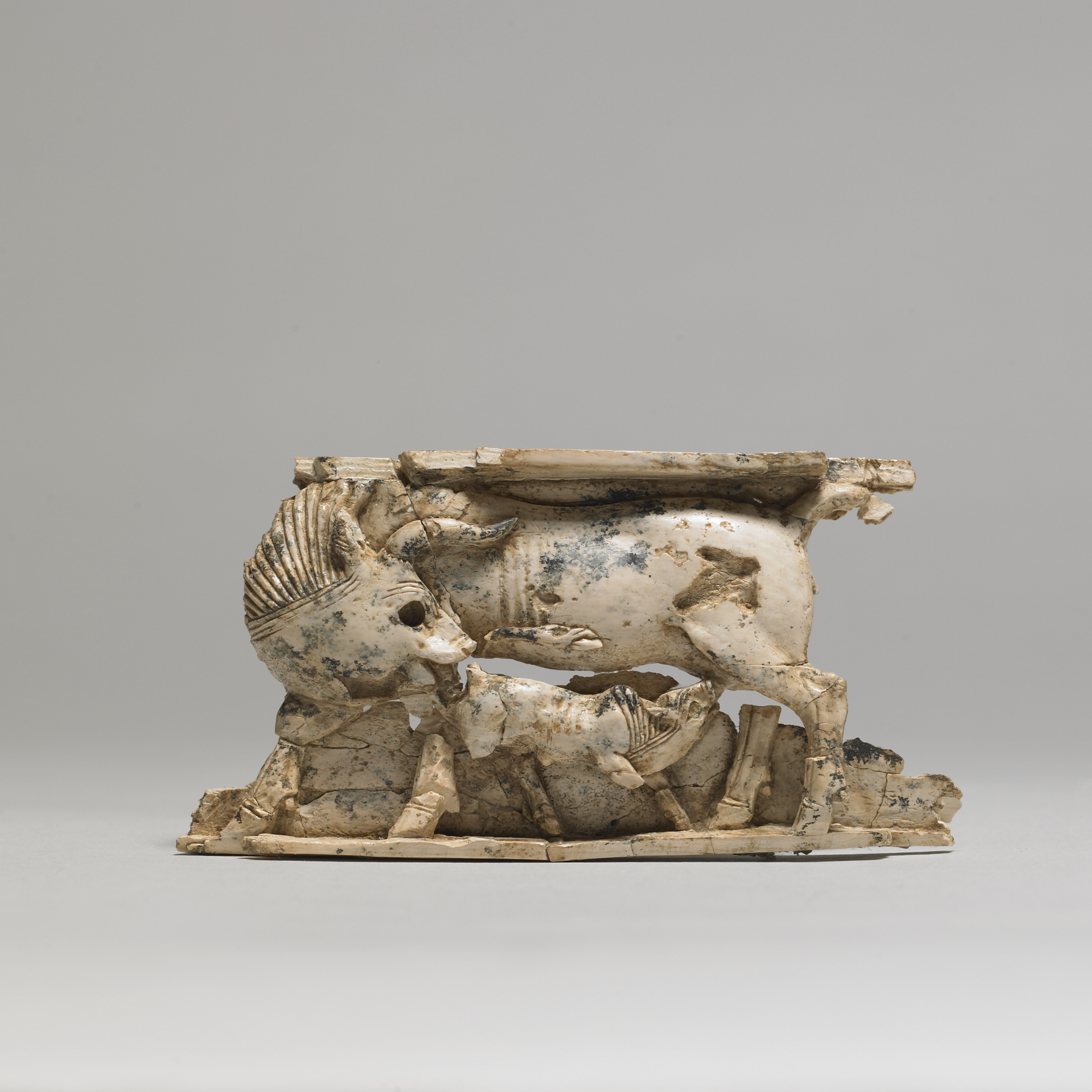 Some of the most elaborate ivory works have been discovered in the Kalhu (present-day Nimrud). These objects were brought from Syrian and Phoenician workshops to the Neo-Assyrian court. Egyptianizing style and Egyptian motifs were quite popular among those artists. Large quantities of such ivory works were excavated in special store rooms in Nimrud, particularly in Fort Shalmaneser.

This inlay displays a typical Egyptian motif, which may be related to Hathor, the Egyptian goddess who often took the form of a cow and suckled royal infants. The proportions and compact composition are characteristic of the ivory-carving schools of northern Syria.

British School of Archaeology in Iraq, by excavation; Walters Art Museum, 1983, by exchange.

Museum acquisition by exchange with British School of Archaeology in Iraq, 1983