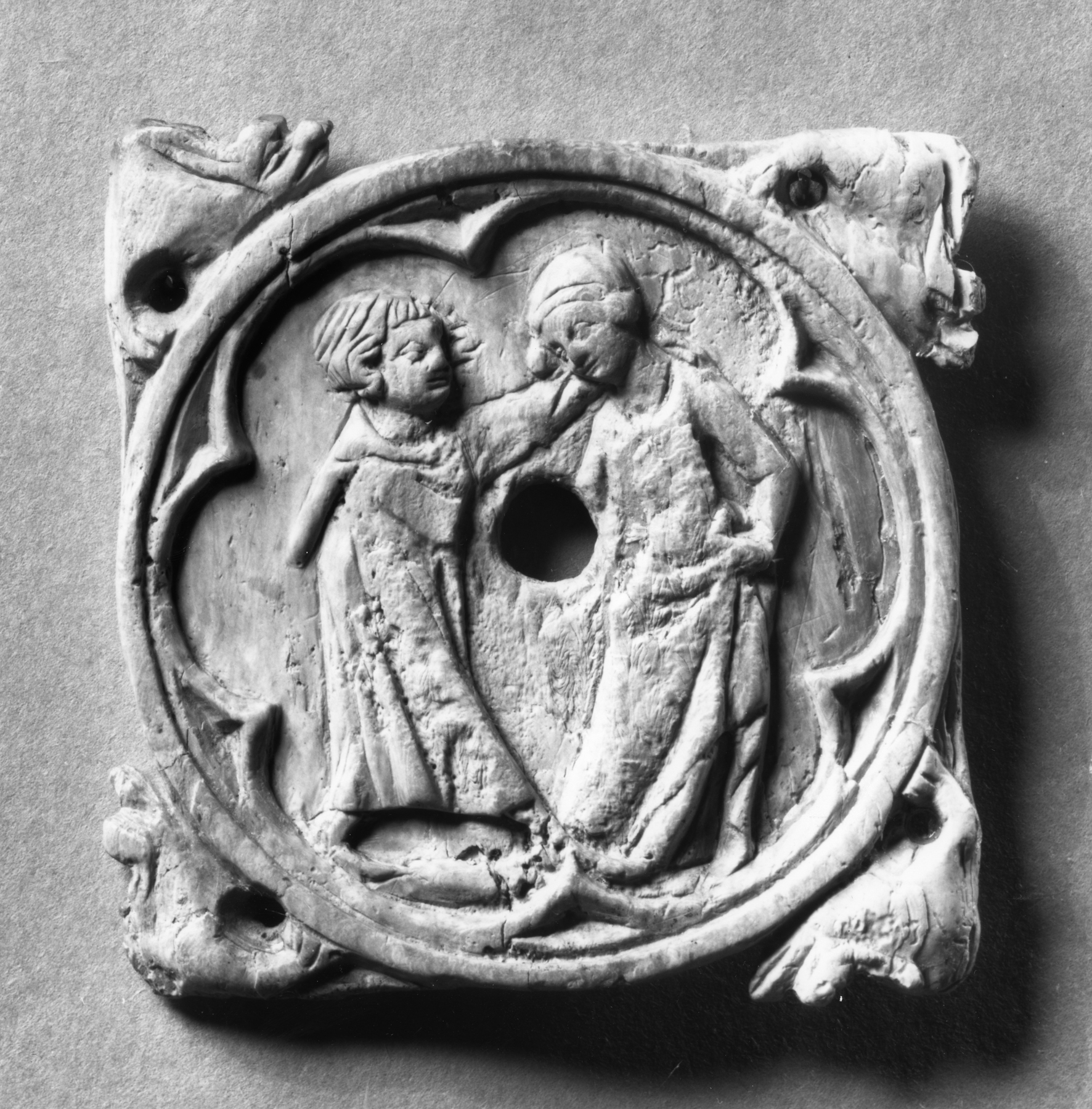 This unusually small mirror case, perhaps for a child, depicts the meeting of two lovers. It is framed in a hexafoil, and the simple outer molding has four crouching monsters as corner terminals. A large hole is drilled in the center; holes in each of the corner terminals indicate a later use as a button or ornament. The mirror case was buried at one time, and there are losses from flaking, including the right arm of the youth.