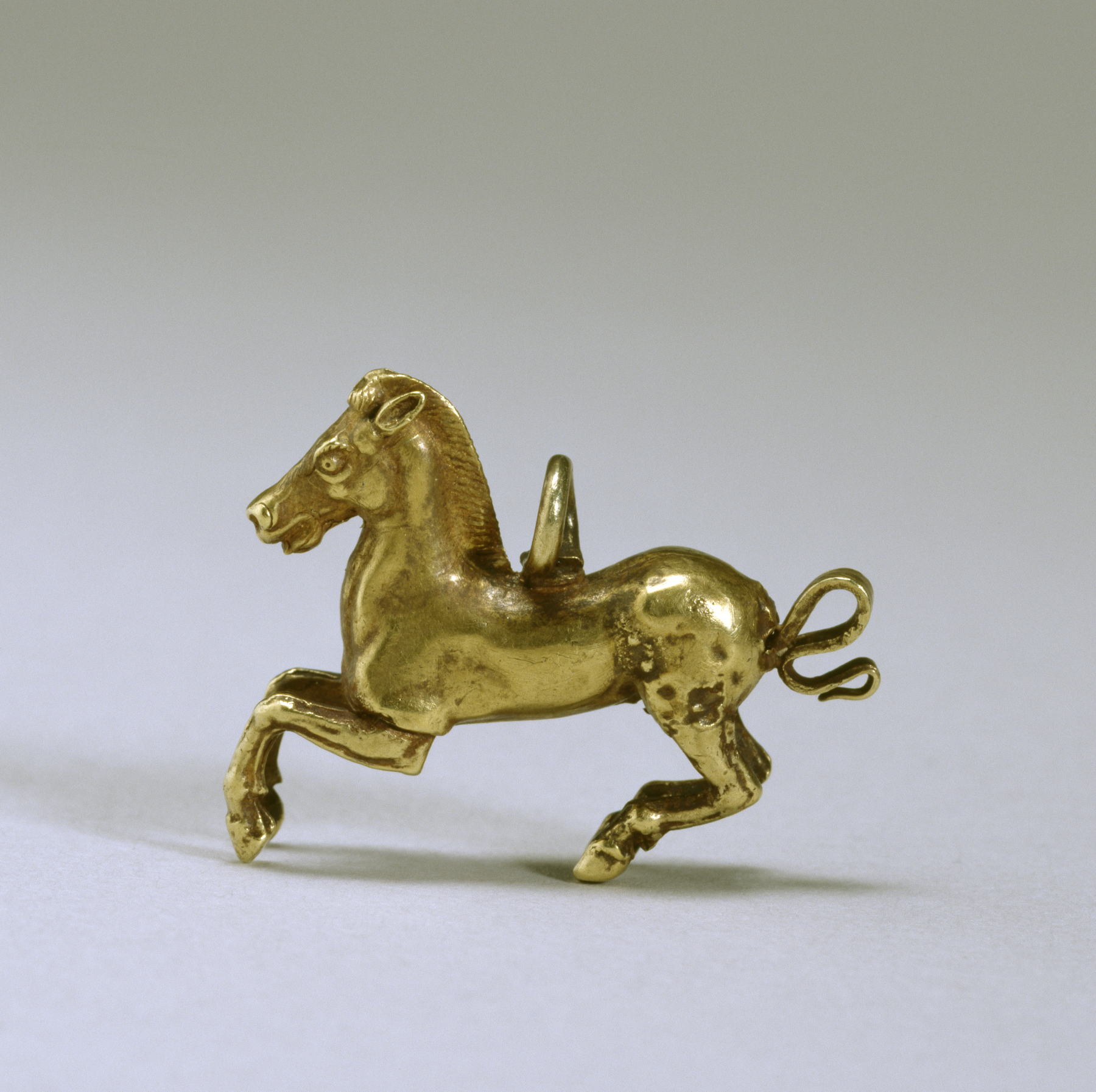 Horses figure prominently in Greek art and culture, but this charming horse pendant marks a rare appearance of the motif in Greek jewelry. The body was worked in two halves in repoussé over a mold while the forelegs, ears, tail, and the suspension ring were created separately and soldered on.