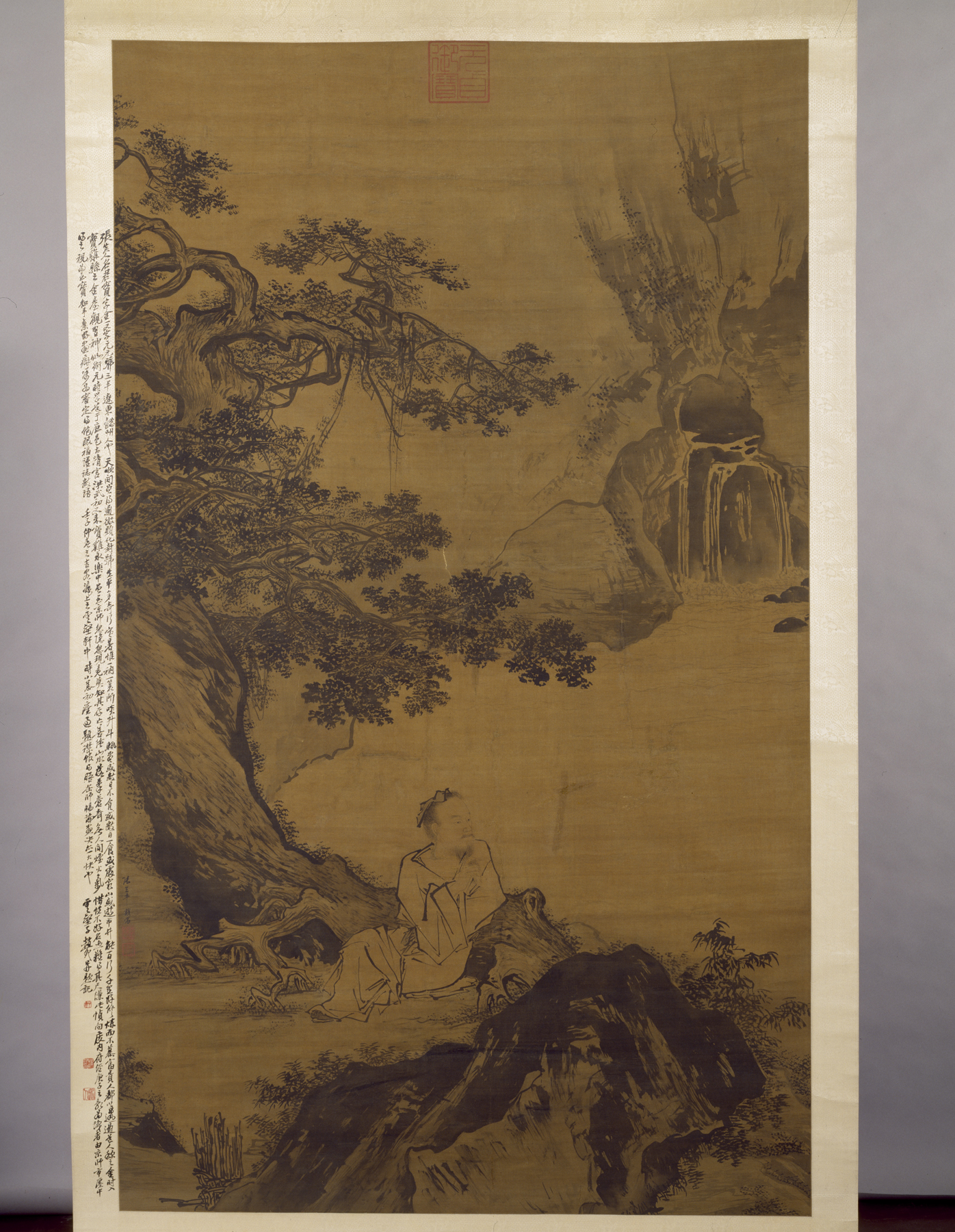 Looking at the Waterfall

In this hanging scroll, a sage is alone in the landscape. He looks out over a pool of water, his ear perhaps cocked to the sound of the waterfall behind him. The pine tree against which he leans his body moves away from him, its writhing branches reaching out over the water and toward the sound of the falls.

In this example of sage coupled with tree the landscape elements have the major part. The sage is the calm at the center. The strokes that define his robe, each almost a driven nail, meet at sharp angles. Equally vigorous brushwork animates the landscape in the different directions. Below the sage and around the waterfall, the rocks are painted with broad slashing strokes. It is the tree, however, that most captures our interest. The thicker strokes that outline the trunk and branches are sometimes dark and black, sometimes painted in a medium range; the variation pulls us into the branches and then releases us, as if we were sharing the motions of the artist's arm and brush.

This painting may be the work of the professional Suzhou [Suchou] painter Zhou Chen (ca. 1450-after 1535), who painted both in a finely detailed manner and in a sketchy mode influenced by Wu Wei.