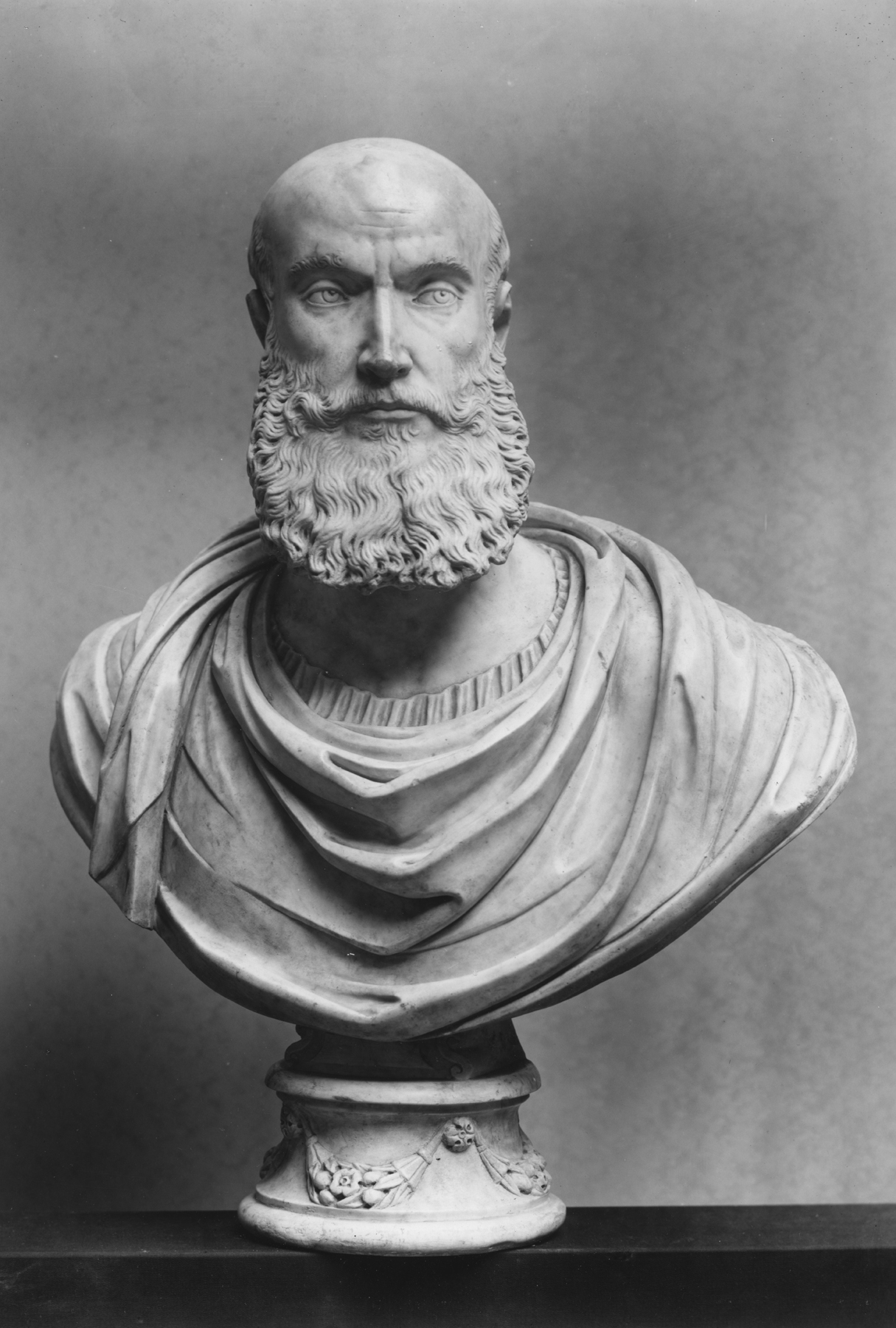 Bust of a Man

Portrait busts of dignitaries sculpted in the antique style--wearing a Roman toga rather than 16th-century fashions--were popular in Venice and Northern Italy as they were in Rome. This fine bust was previously attributed to the Venetian sculptor Alessandro Vittorio (1525-1608).