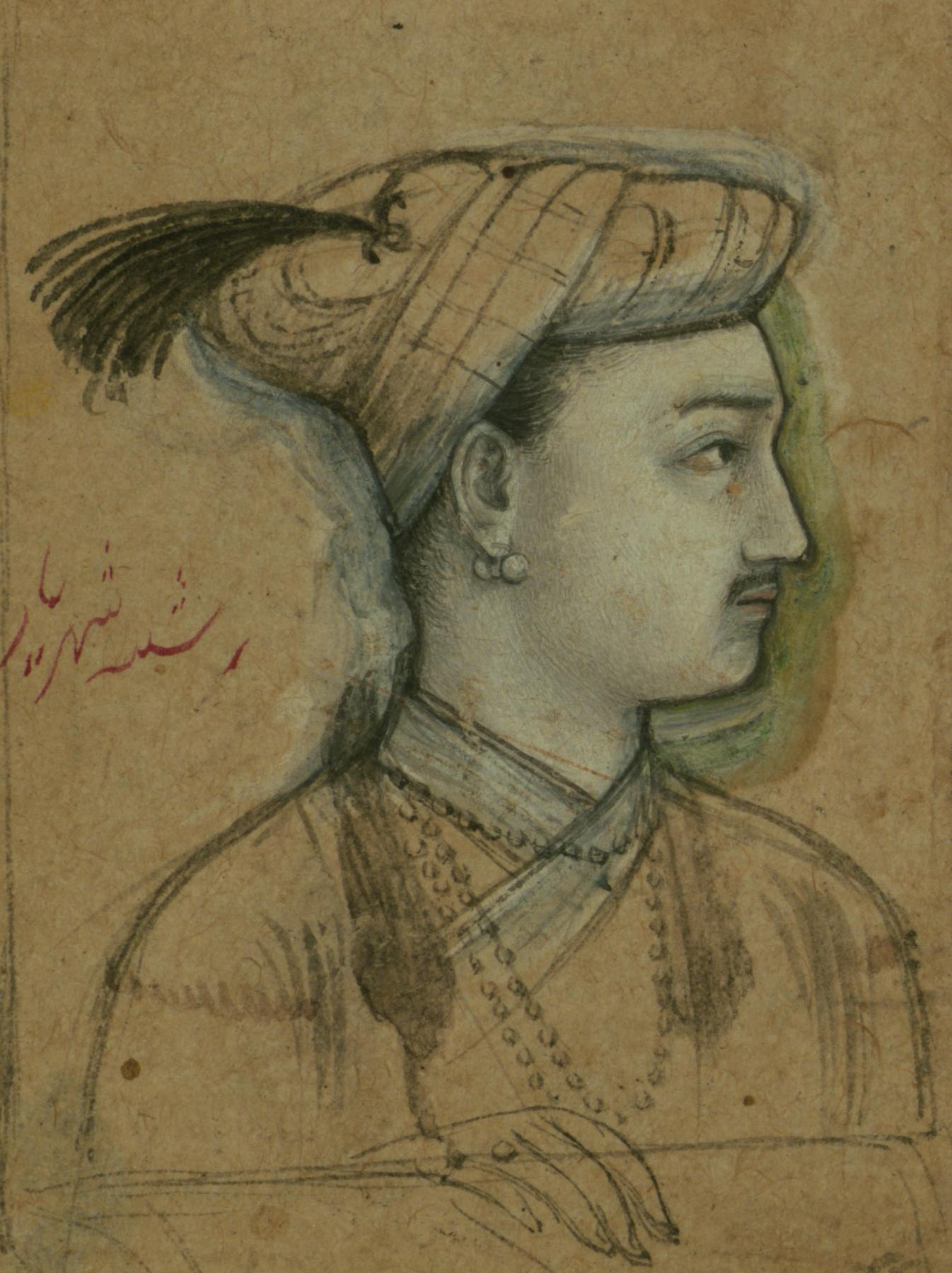 Single Leaf of a Portrait of Shahriyar

This Mughal drawing, Walters manuscript leaf W.697 is of a young man, identified by the inscription as Shahriyar, who was the youngest son of the 4th Mughal Emperor Jahangir (died 1037 AH/AD 1627). It dates to the 11th century AH/AD 17th. Shahriyar is shown in profile position, which is common in Mughal painting, especially in depictions of court ceremonies. The portrait is a preparatory drawing for a manuscript painting. It may have been at a later stage that the window frame and hand were drawn to suggest a jharoka scene. The buff-tinted and gold-sprinkled border is attributable to the12th century AH/AD 18th. The portrait is inscribed shabih-i Shariyar in red Nasta'liq script. 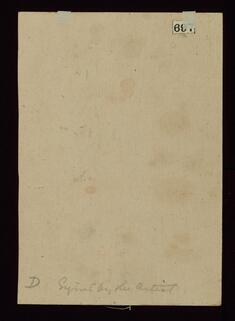 Portrait of Shahriyar (Back) 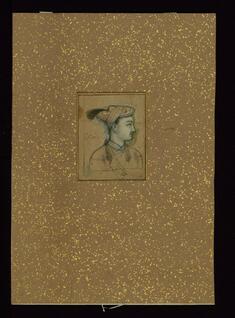