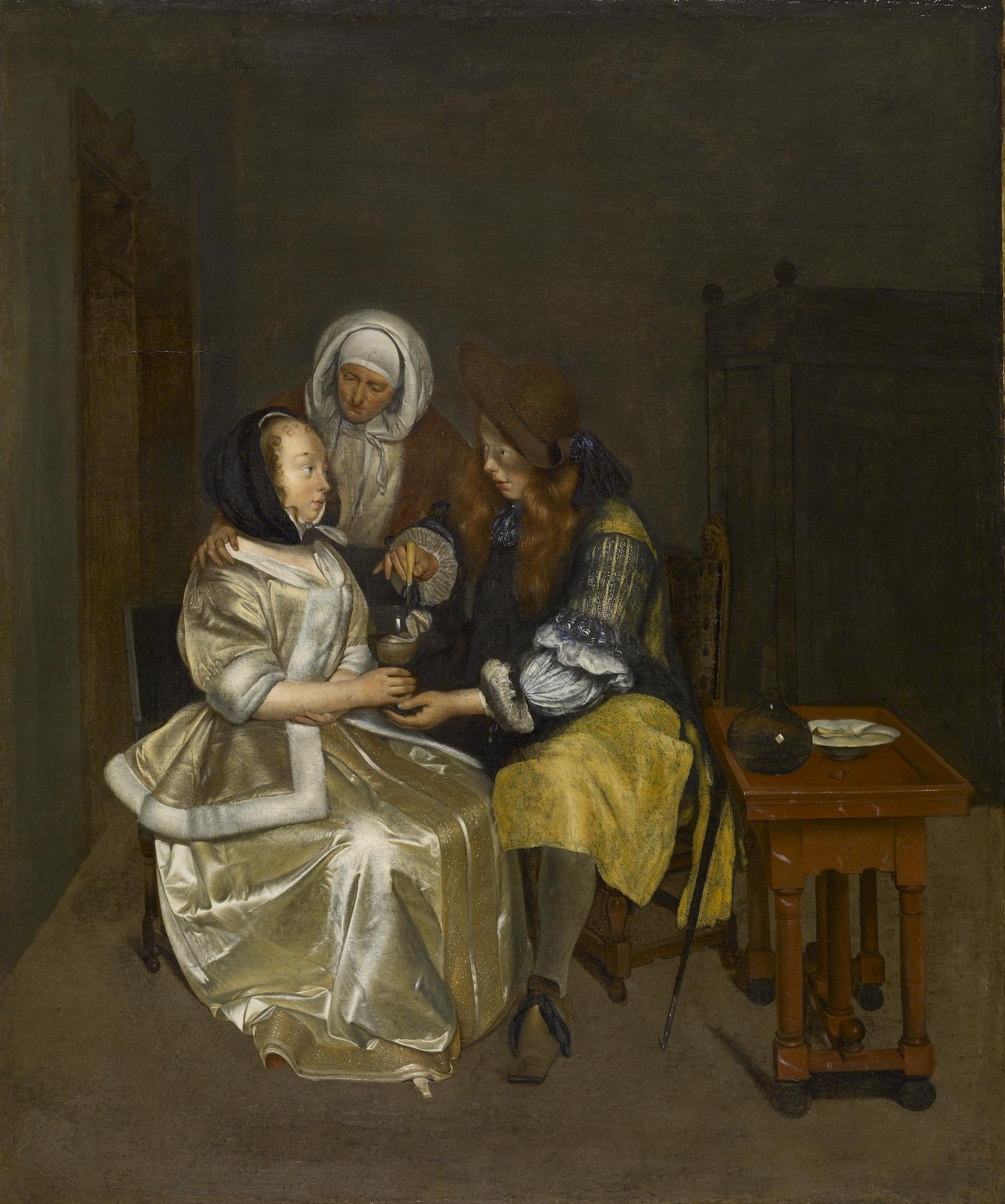 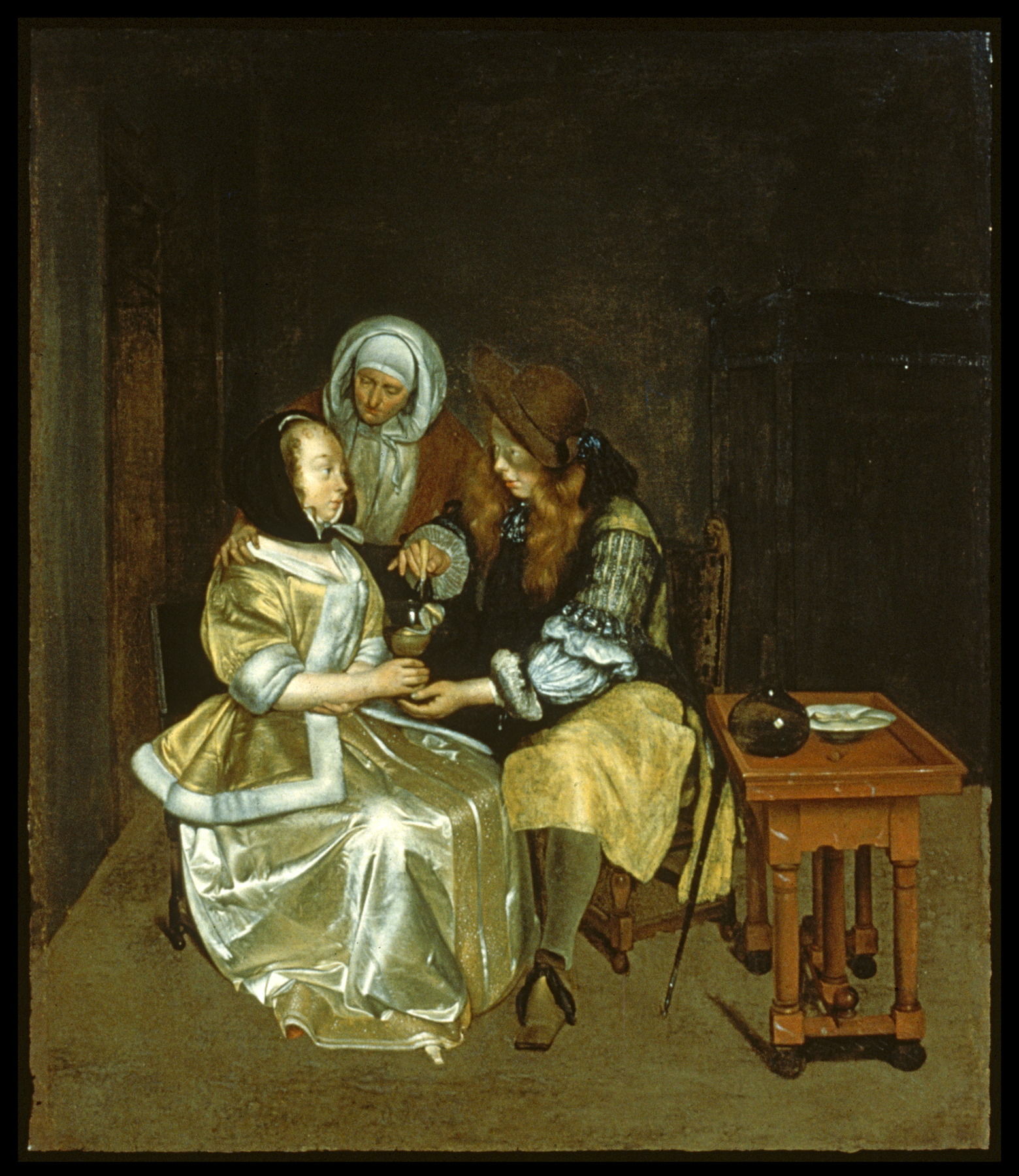 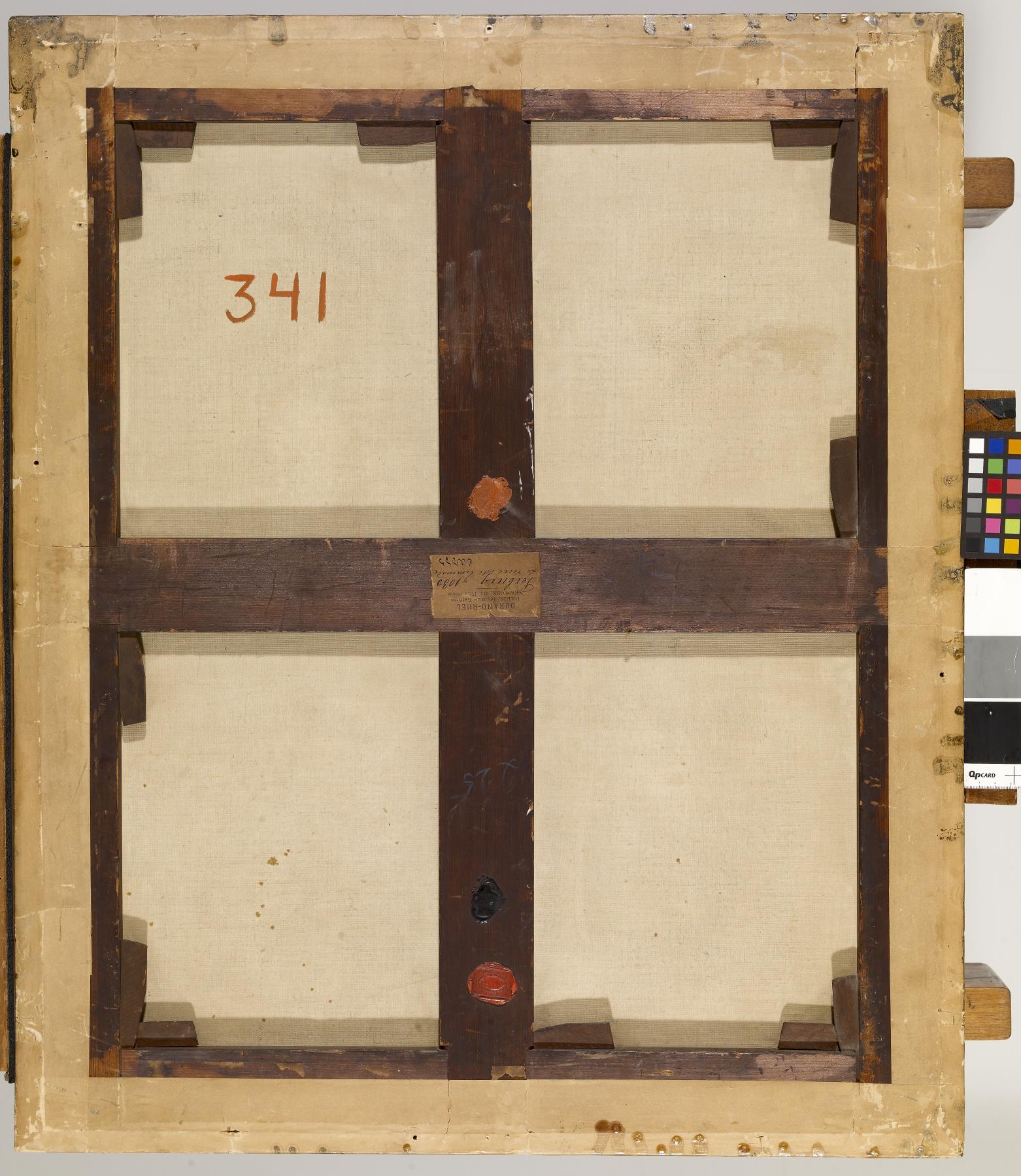 A Glass of Lemonade

By the mid-1600s, the intimate lives of the middle class joined the raucous lives of the poor as subjects for painting. Here, an attentive young man tenderly mixes a "restorative" glass of lemonade for the young woman, presumably to convey his own feelings to the "love-sick" young woman under the watchful eyes of a chaperon. Indeed lemons were then seen as "an effective dietary cure" for lovesickness.

Ter Borch was a talented portraitist as well as painter of interiors with figures in satins and other rich fabrics (although the effect is diminished here by an over cleaning of the surface decades ago). The models for the young people were the artist's half sister and brother, Gersina and Moses, who were also painters. A first version of this composition was painted around 1663. With the assistance of his workshop, Ter Borch then made additional versions with small variations.