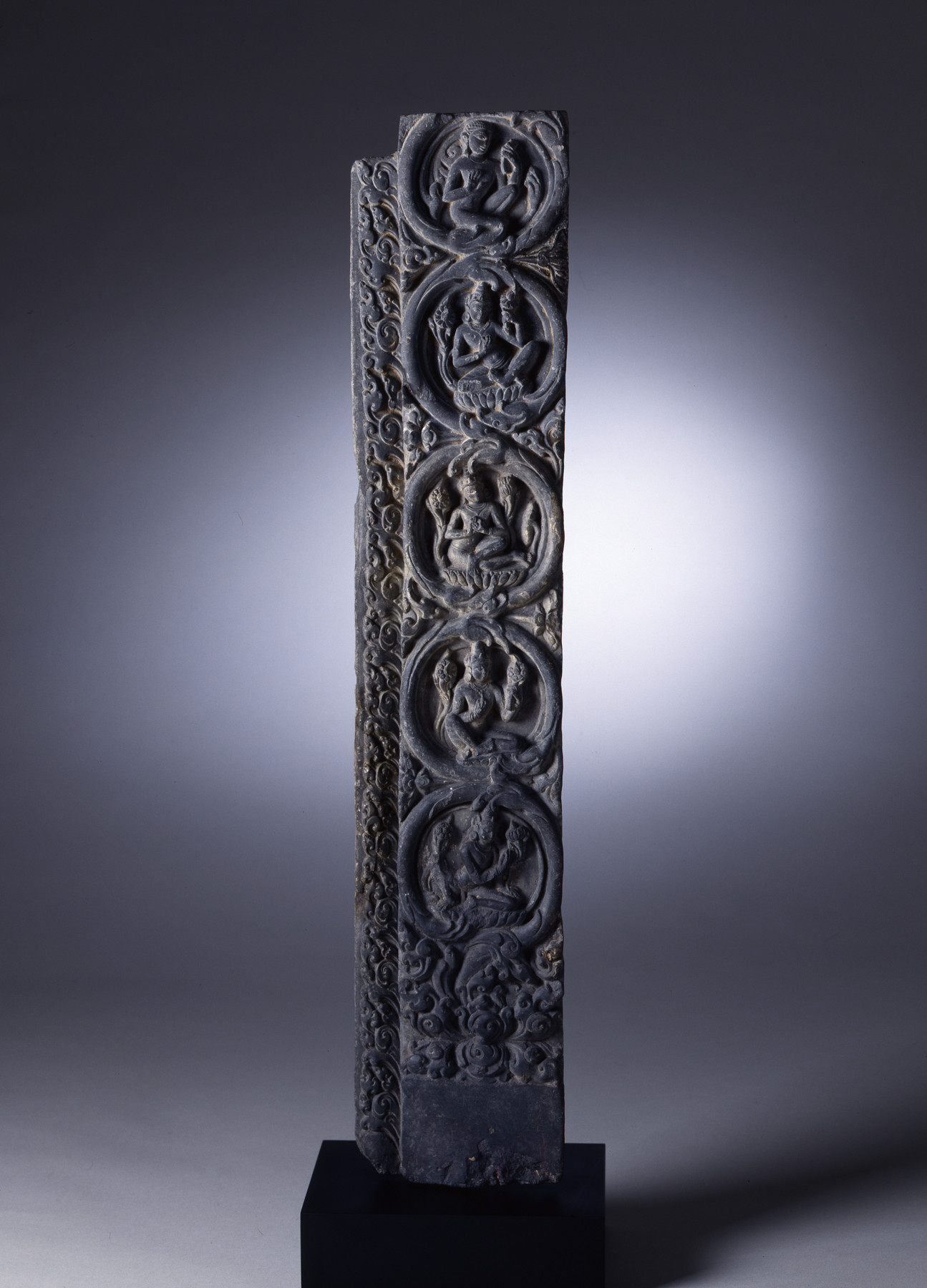 In this panel, carved to frame the opening to a shrine in a temple, vines encircle five seated figures. In their original architectural context, the figures would have turned toward the enshrined object of devotion, probably a sculpture of the Buddha. The uppermost figure, a monk with a simple robe and closely cropped hair, holds a book. Gesturing expressively, he is perhaps a teacher. Below him, four richly adorned bodhisattvas sit on lotus pedestals, each flanked by smaller lotuses that grow on long stems. Most likely, they belonged to a group of eight bodhisattvas, together with four counterparts carved into the opposite panel of the shrine's doorway.