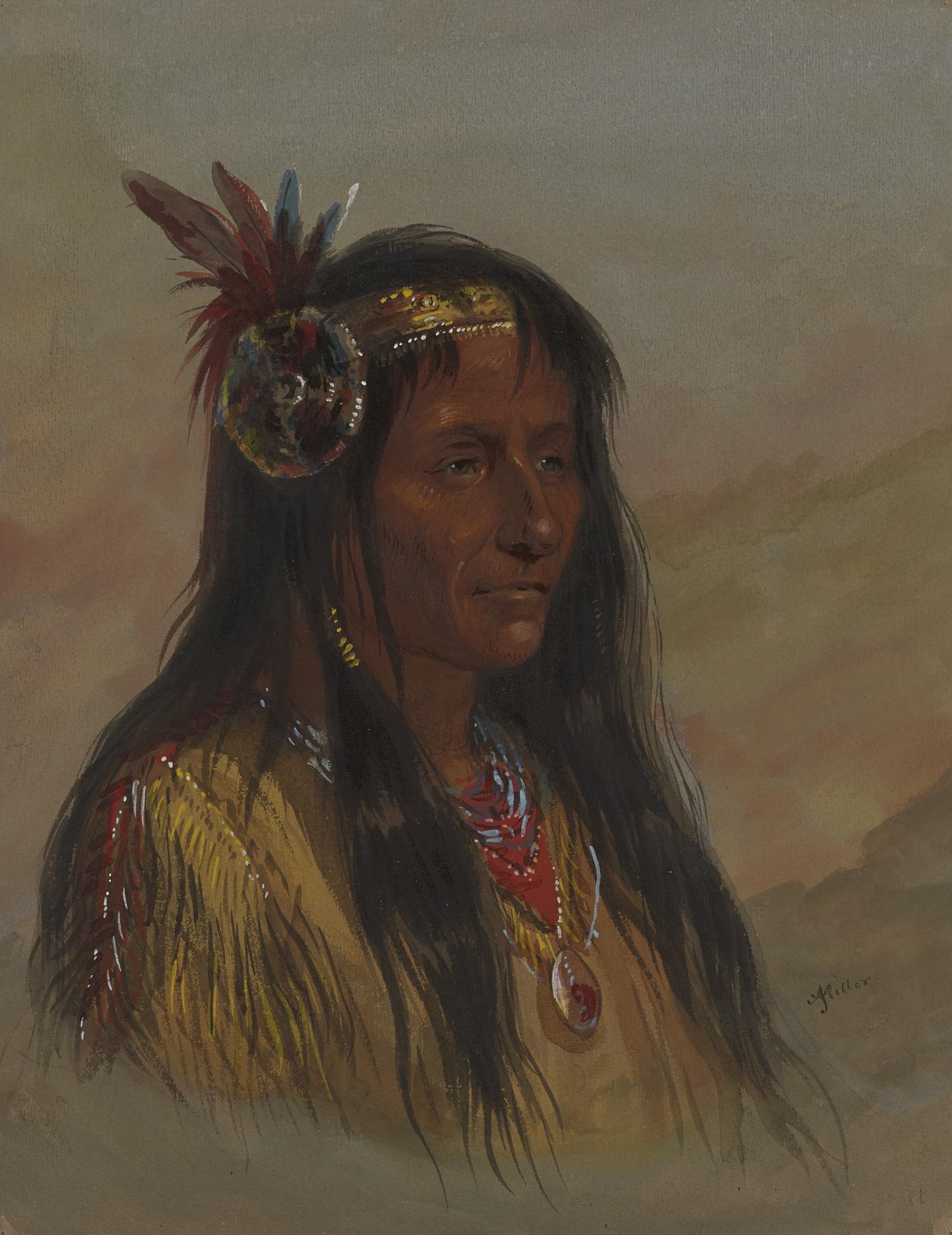 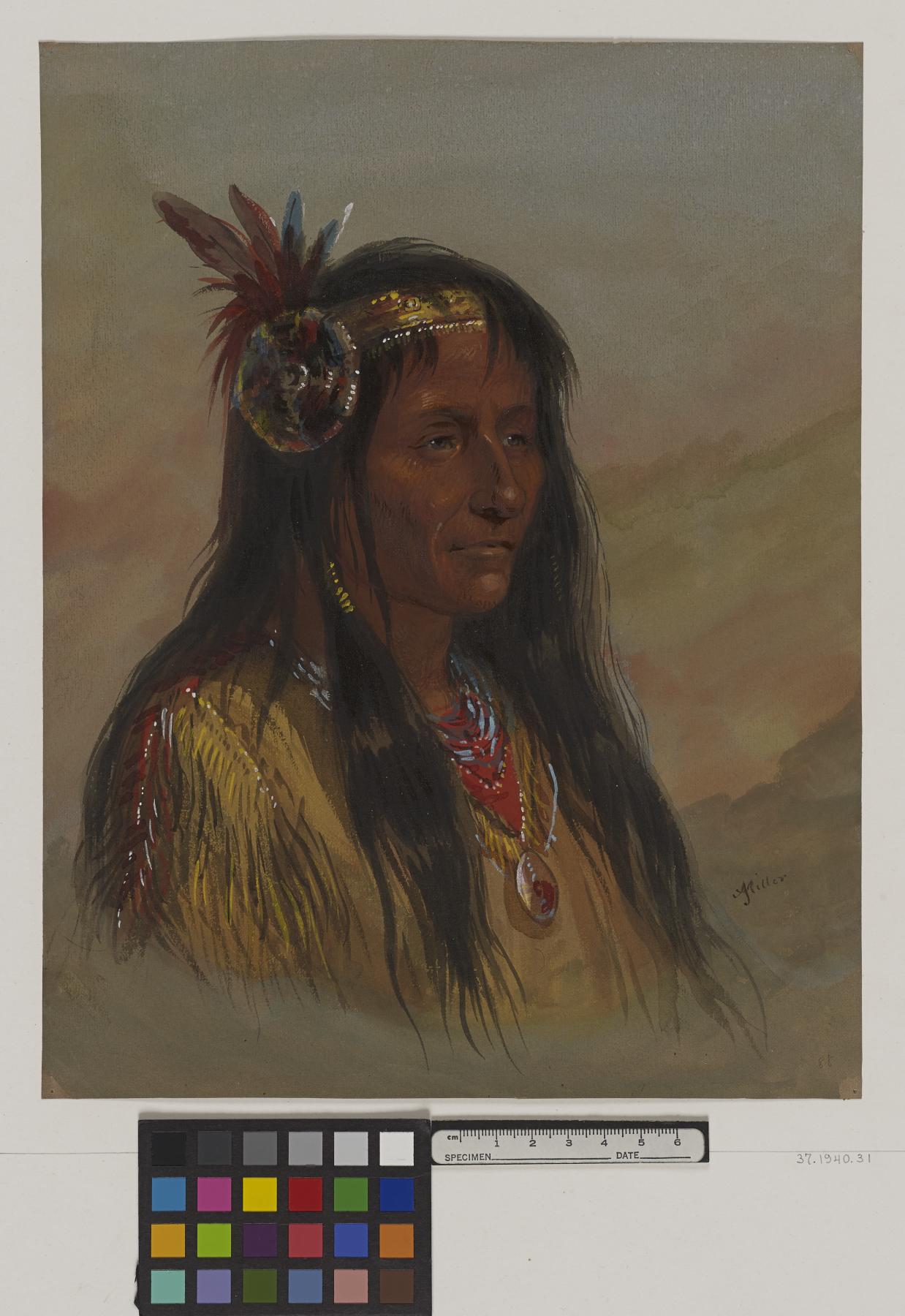 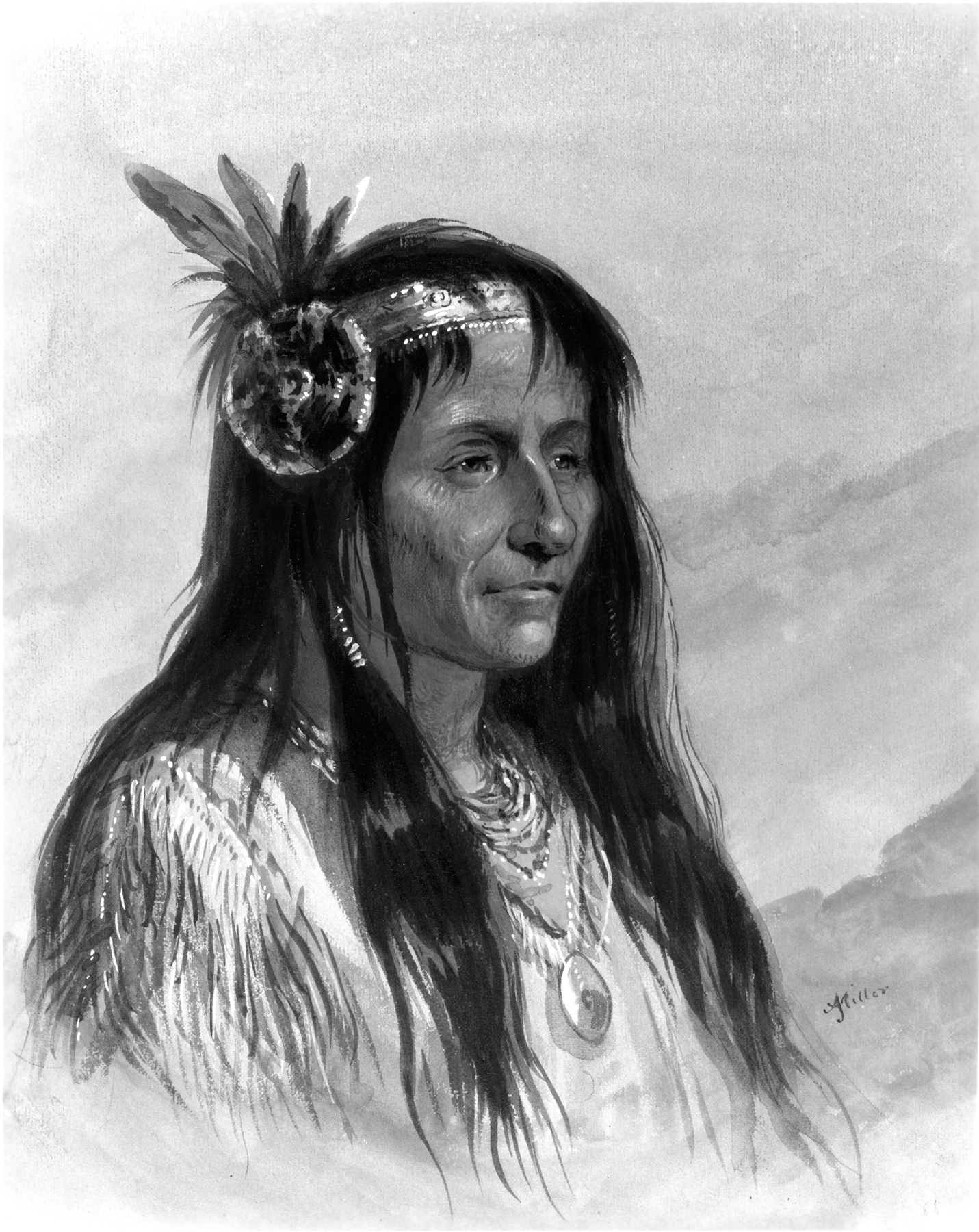 Extracts from Alfred Jacob Miller’s original text, which accompanied his images of Native Americans, shaped how Miller’s contemporaries viewed the watercolors, and often reveal the racism and sexism embedded in 19th-century exploration and colonization of the western part of what is today the United States.

Red Elk, as In-ca-tash-a-pa's name was translated, was a distinguished Snake warrior. Miller has painted him with an ornamented bandeau set off by a rosette with feathers. Wampum beads encircle his neck, along with a kind of flat shell.

While not as detailed in terms of costume and decoration as Catlin's and Bodmer's Indian portraits, Miller's are more romantic in their conception and presentation. Both Bodmer and Catlin strove for accuracy in detail, while Miller was interested in showing the Indians as the noble savages in the wilderness.