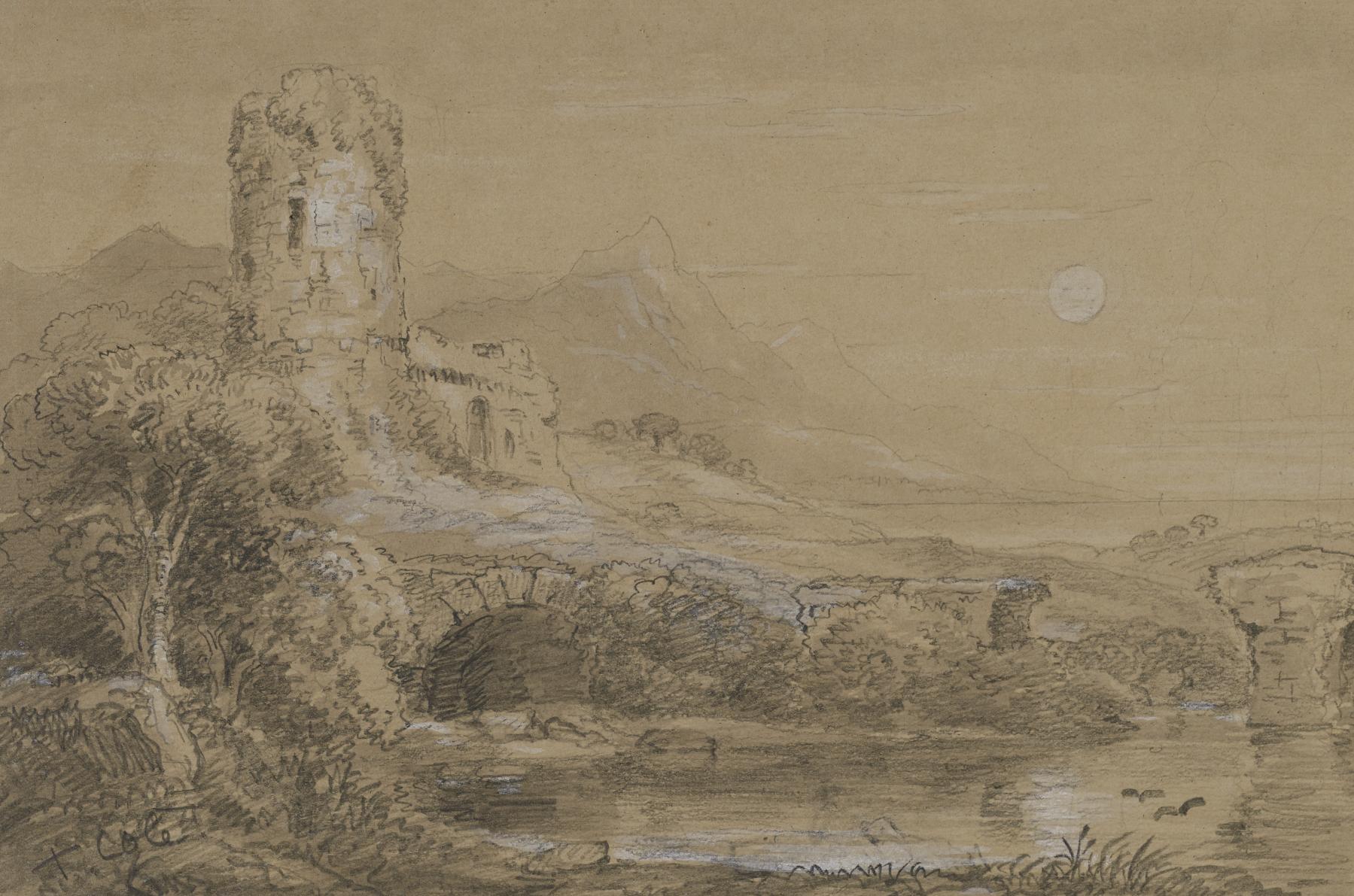 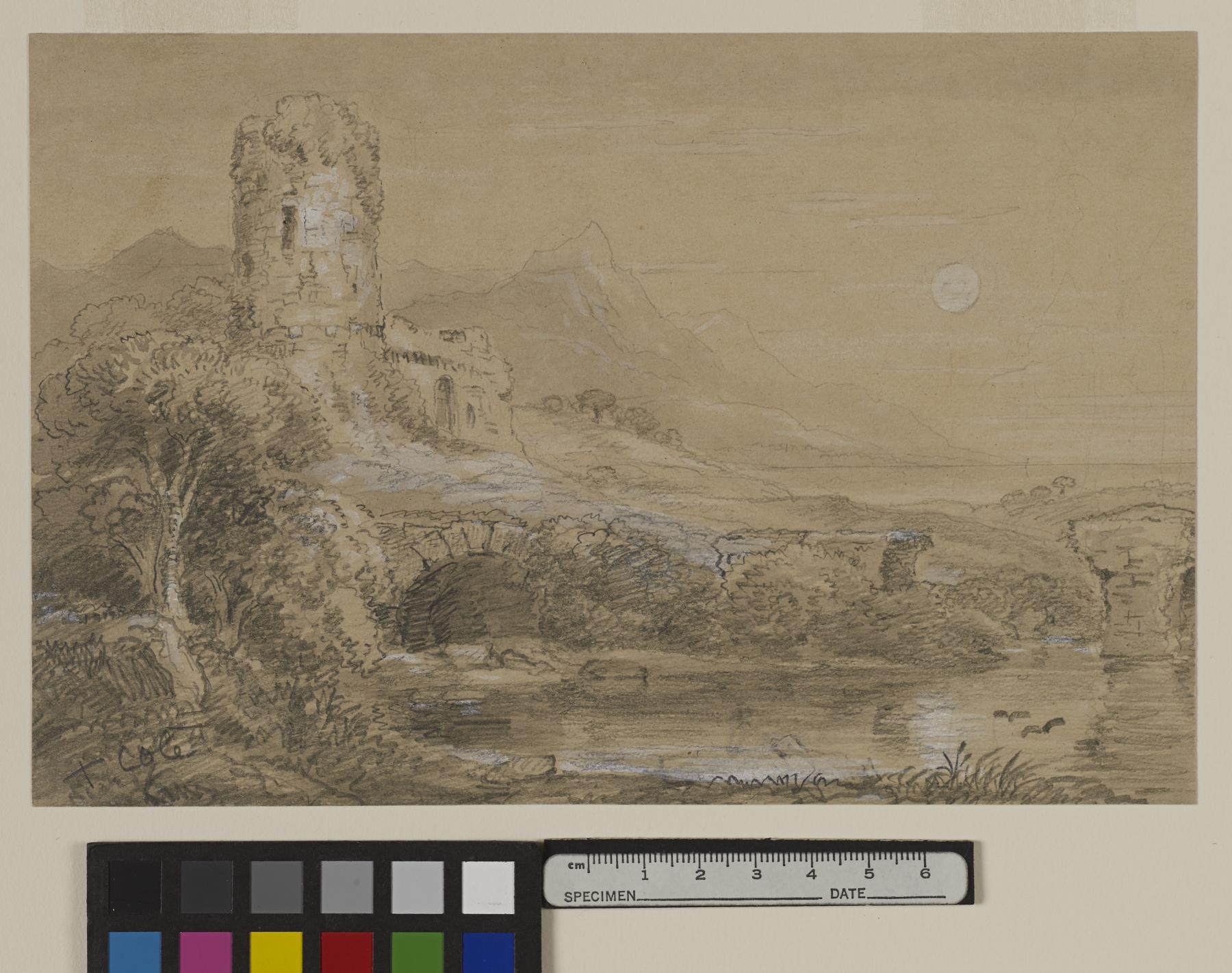 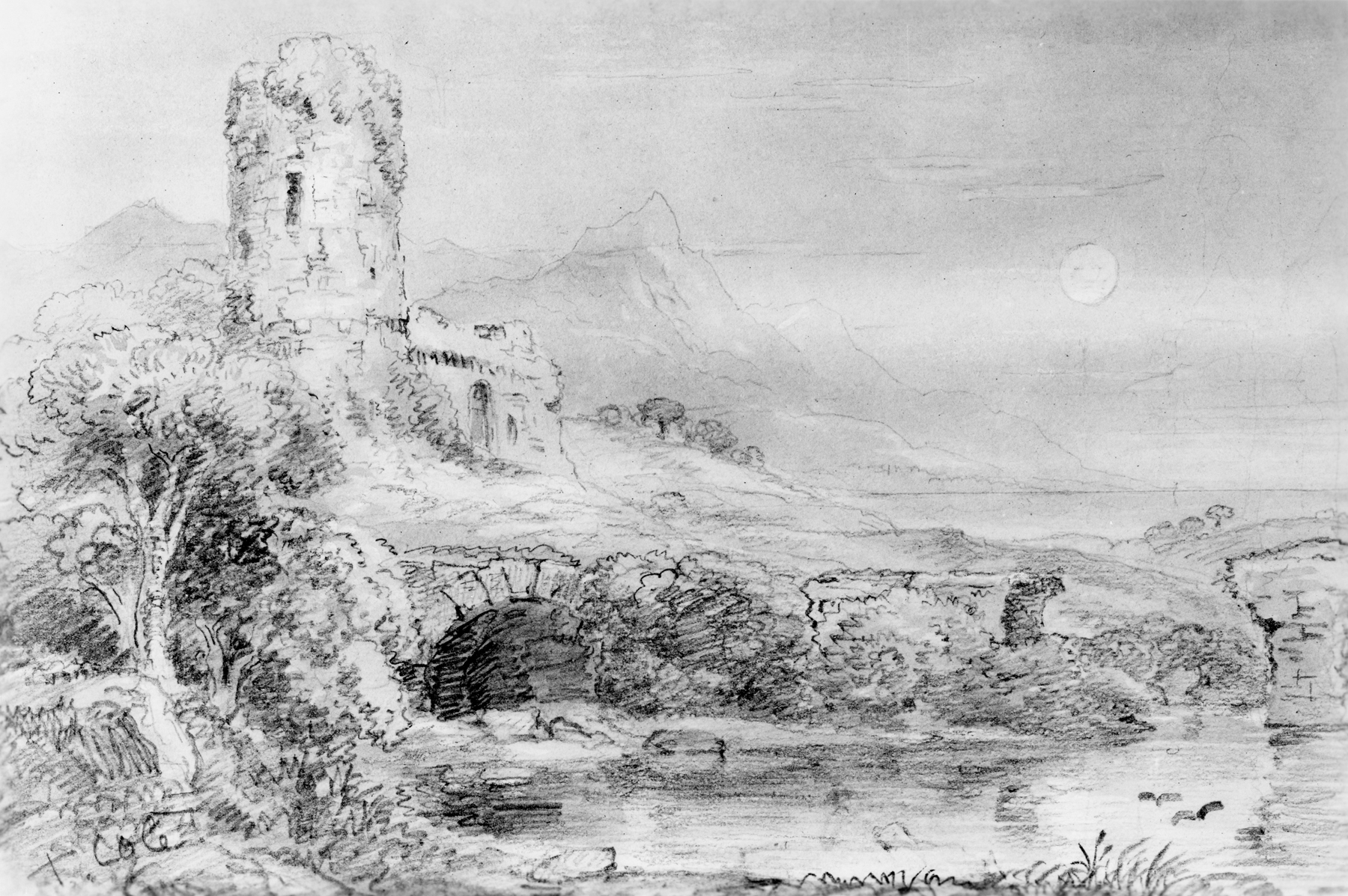 The English-born Thomas Cole came to the United States at the age of 18 and eventually settled in New York, working as a portrait and landscape painter. There, he was a founder of the National Academy of Design. With the financial support of his patron Robert Gilmor of Baltimore he travelled abroad in 1829, and visited Florence and Rome in 1832. He returned to Italy, stopping in Rome and in Naples in 1841-1842. Cole's vision was profoundly influenced by the classical landscapes of the 17th-century masters Claude Lorraine and Nicolas Poussin.

This work was formerly housed in one of William T. Walters' many drawings albums.