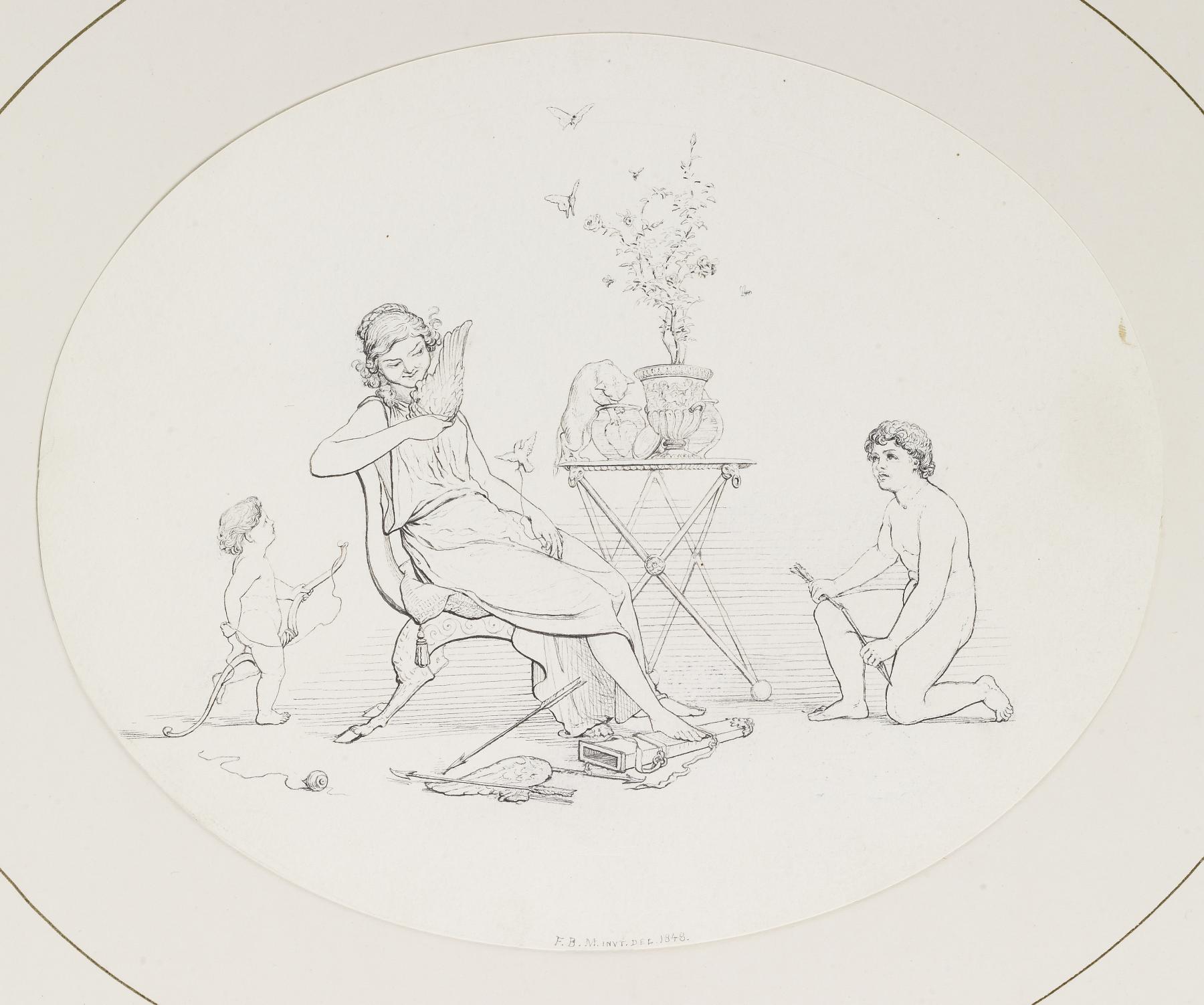 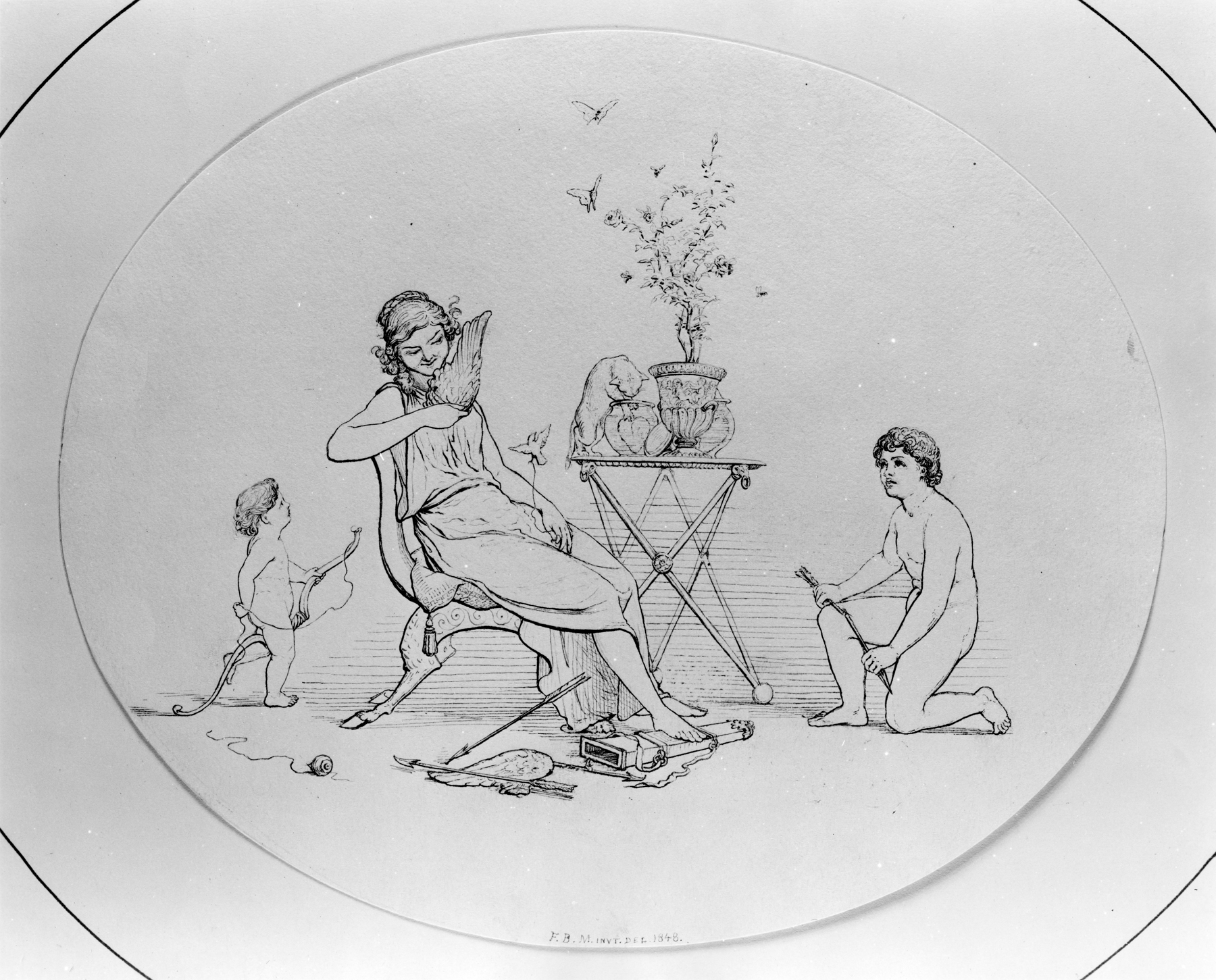 This charming but puzzling drawing is perhaps inspired by the work of John Flaxman. However, the subject matter is a humorous take on the Classics. Venus sits at a tripod-like table, fanning herself with one of cupid's wings (the other wing can be seen on the floor). She looks side-long at her reflection in a small round mirror propped on the table between a small rose-tree planted in an urn and a goldfish bowl. More curiously still, the goldfish bowl contains a heart, which a cat paws at, leaning over the rim. Cupid has discarded a top and now plays with his bow, riding it as if it were a hobby-horse. A kneeling youth looks up, perhaps at the tree and butterflies or perhaps at Venus, while breaking an arrow across his knee. Other arrows are scattered on the floor and Venus rests one foot on an empty quiver. There may be a specific "solution" to this visual puzzle, or it might be an open-ended provocation to viewers to devise the most plausible or erudite explanation for the bizarre composition.

The artist was a Baltimore native, and in 1848 served as the assistant librarian for the Gallery of Fine Arts at the Maryland Historical Society, which was founded in 1844. Beginning in 1848 the Historical Society presented annual exhibitions of Old Master paintings and contemporary works drawn from local collections. Mayer went on to form the Allston Association with a group of friends for the appreciation of American Artists. He also served on the club's Board of Directors. William T. Walters was a member, and early meetings were held at Mayer's house. In June 1863 the Allston Association was closed by the federal leader General Schenck as it was suspected of being a stronghold for secessionists. Perhaps because if the Civil War he relocated to Paris from 1864-69 and enrolled in the studio of Charles Gleyre, the academic master who included among his pupils the impressionists Monet, Sisley, Bazille, and Renoir. After this Mayer returned to Baltimore.