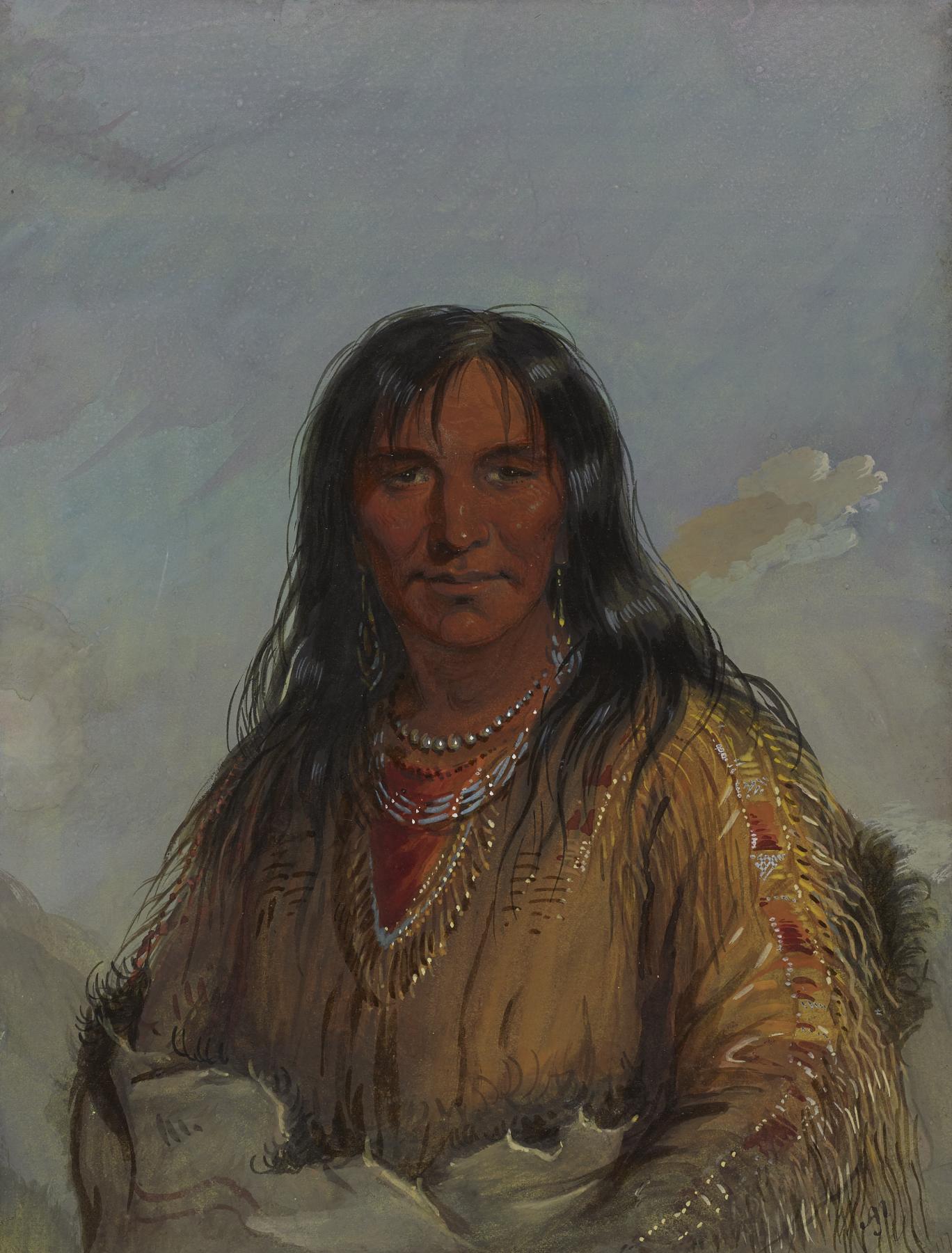 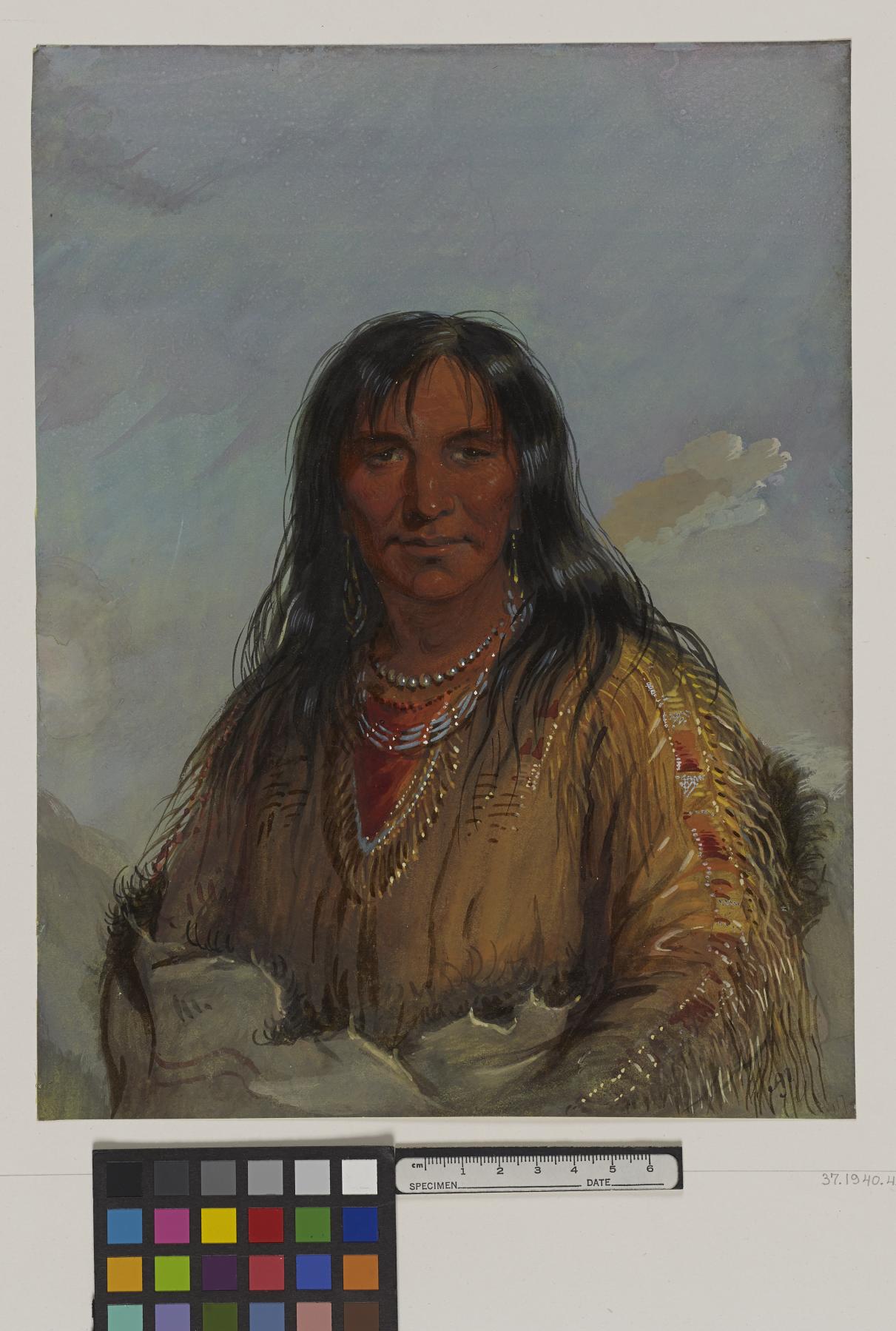 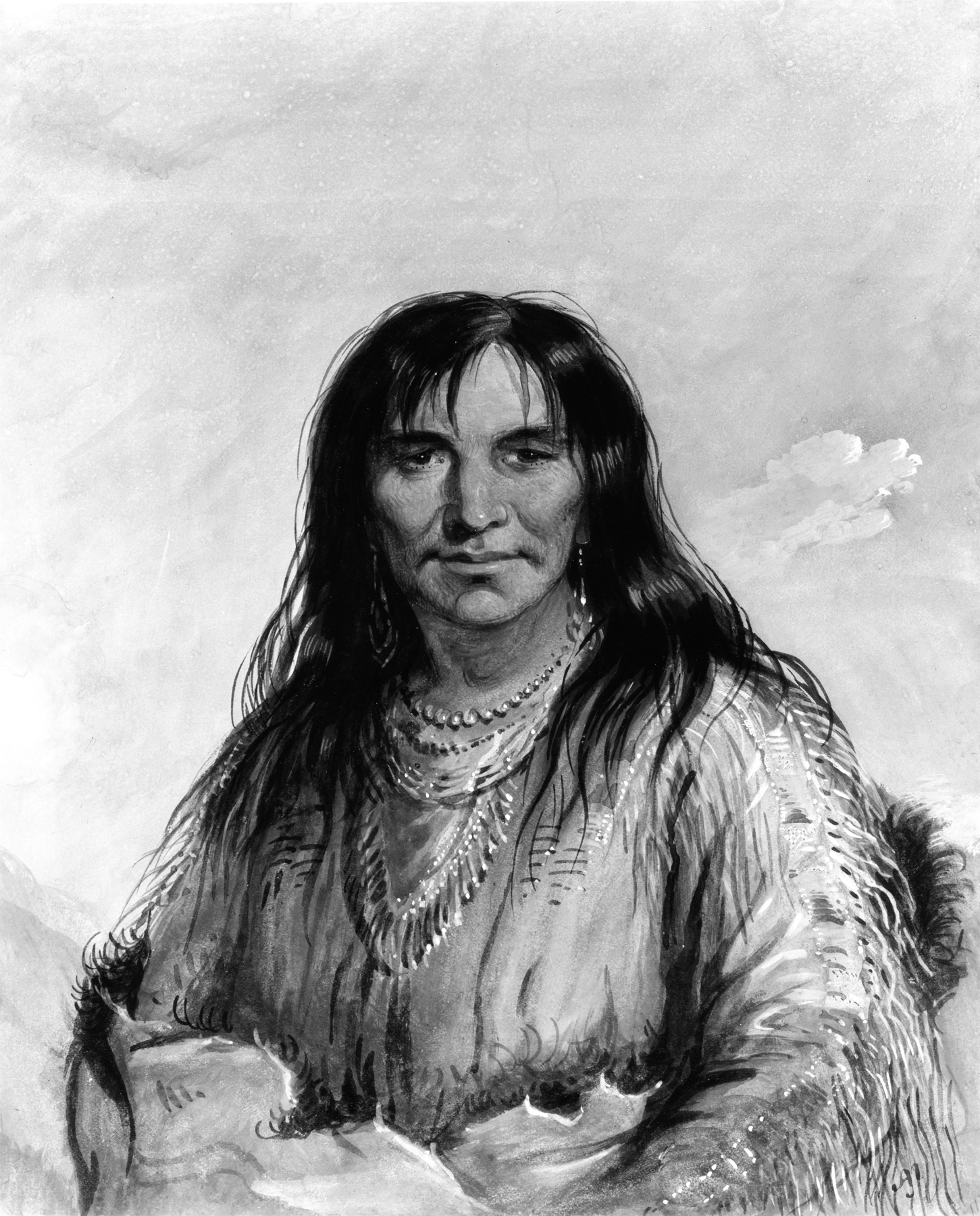 "We found this Indian at our encampment near Wind River,- he differed from all others in one particular; he was a bon vivant, a free, rollicking, laughter-loving Indian; - a kind of "Mark Tapley" -always jolly and extremely good natured. These traits recommended him to our Trappers, who were always desirous of having this rara avis at our Camp fire, feasting him to his heart's content. He made himself welcome by the most pleasing of all qualities, continual gaiety and bon hommée - his twinkling eyes showing how much he enjoyed the bagatelle of the Canadians. From his being somewhat more muscular and stoutly built than the generality of Indians, they gave him the name of Bras de fer. His fondness for fun, however, militated against him as regards position among his brother Indians, and not only precluded him from their councils, but also prevented his election as Chief." A.J. Miller, extracted from "The West of Alfred Jacob Miller" (1837).