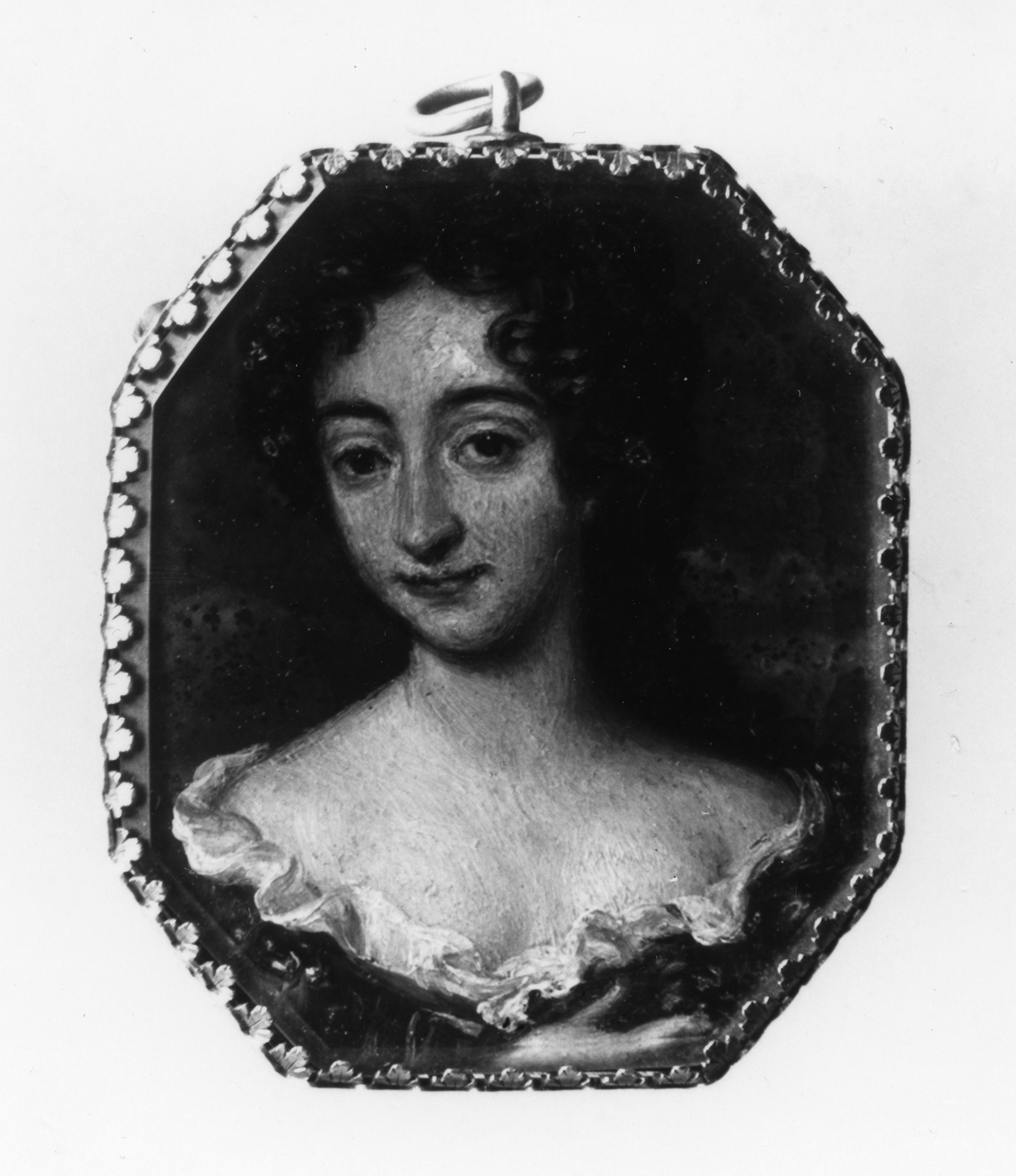 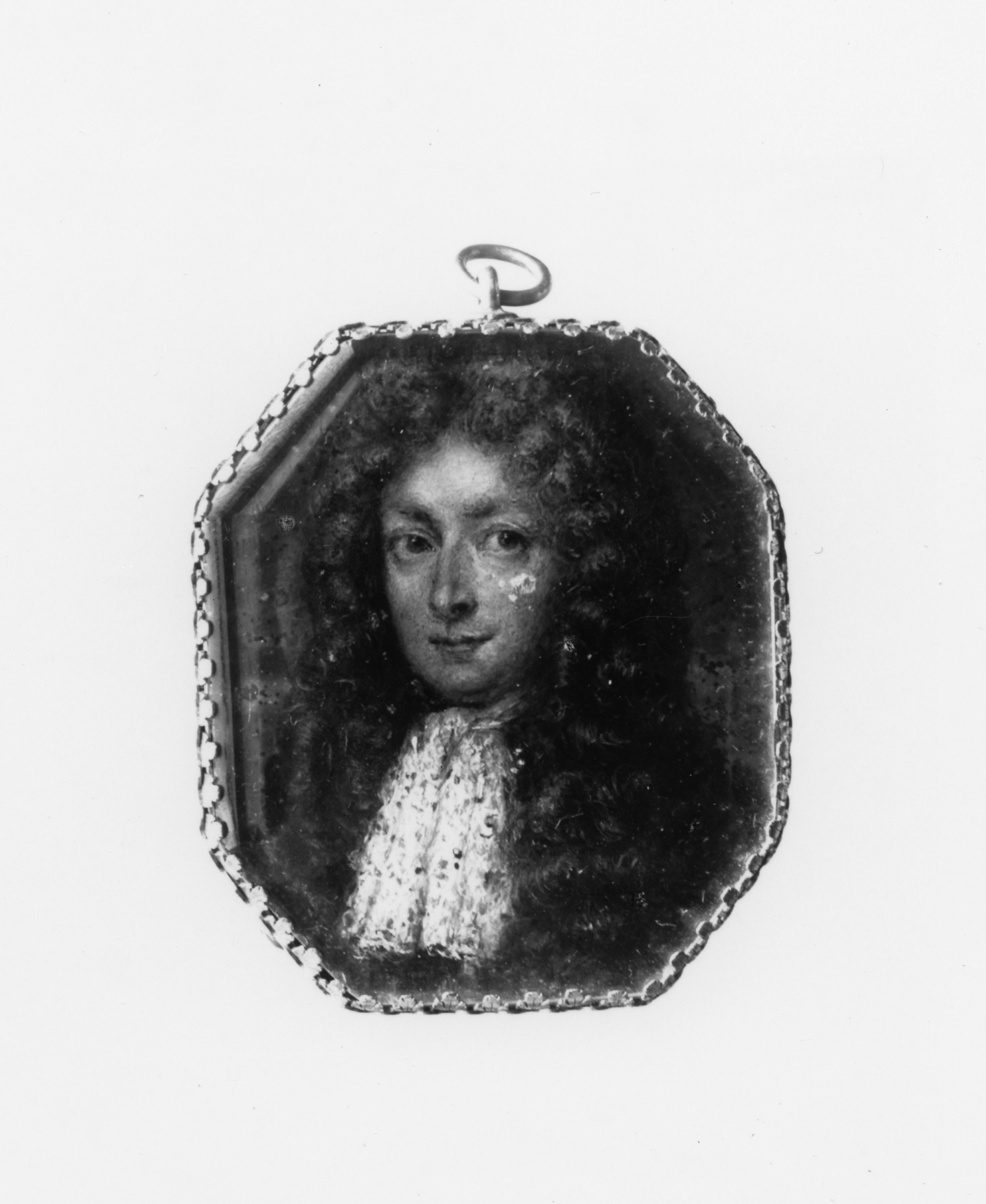 Double-sided miniature with James II and Mary of Modena

This miniature, which may be of Italian origin, shows James II (1633-1701) on one side and his wife Mary of Modena (1658-1718) on the other. The portraits are covered with glass and held together by a narrow gilt frame. James II, who came to the throne in 1685, was the last Roman Catholic monarch to rule over England and the son of Charles I, beheaded in 1649. James married the Italian princess, Mary of Modena, in 1673. These miniatures may be based on portraits of the couple. The pose of Mary (with one hand raised to her breast) recalls William Wissing's portrait of ca. 1685, now in the National Portrait Gallery, London (NPG 214). The portrait of James may be after a painting by Peter Lely.