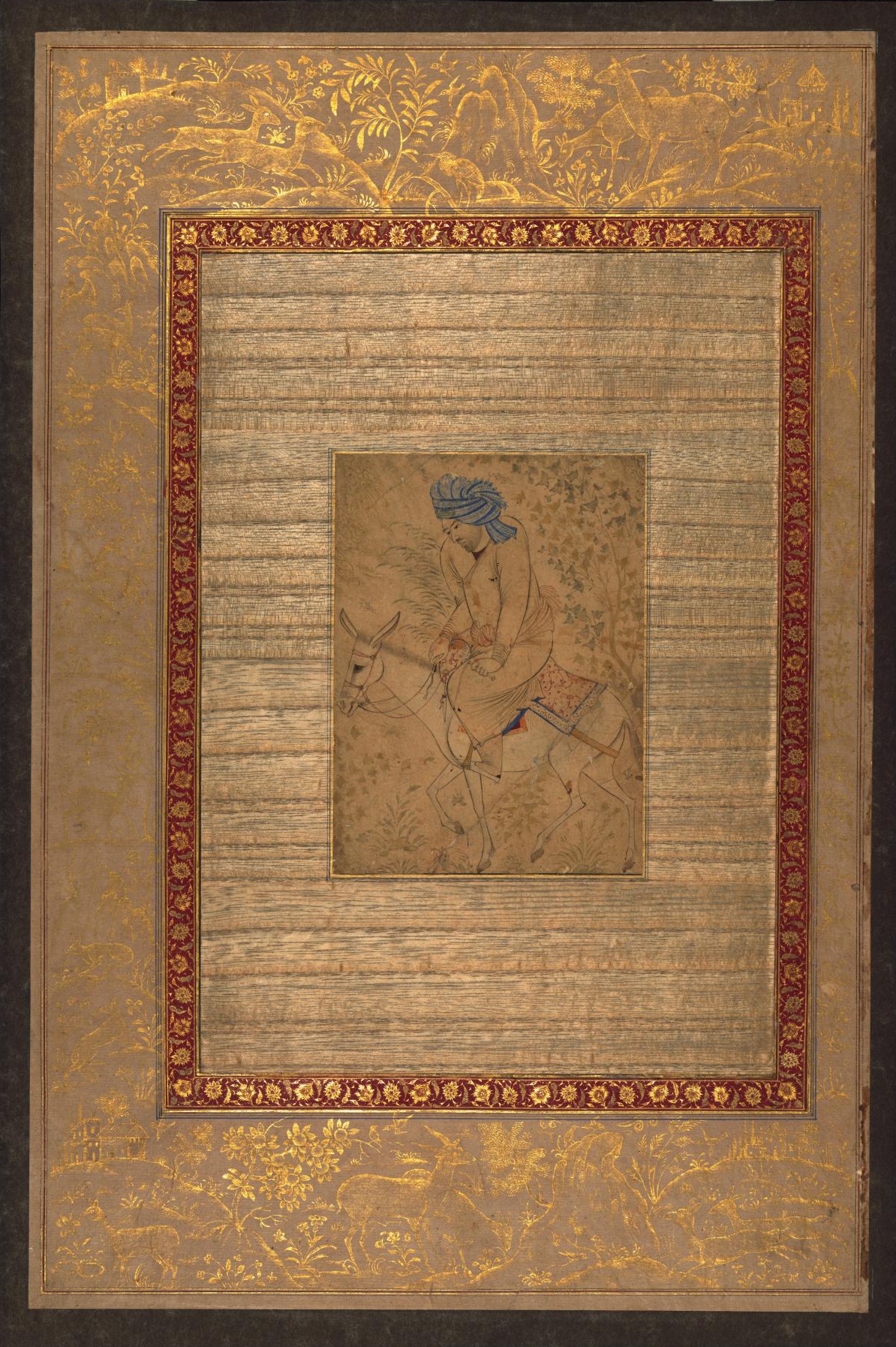 Single Leaf of a Man on a Donkey

Walters manuscript leaf W.681, this Safavid single-leaf drawing with opaque watercolor and illuminated borders, depicts a man with a large turban riding a donkey. Attributable to the early 11th century AH/17th century AD, it is in the style of drawing defined by the school of the famous Persian artist Riza 'Abbasi (active AH 1001-1044/AD 1591-1592 to 1634). The composition is the reverse of a work by the Safavid painter Sadiqi (AH 939-1018/AD 1533-1610) in the Musée du Louvre published by Ivan Stchoukine in 1929 that has been identified as a depiction of a mullah (religious scholar). The illuminated borders of landscape scenes and gazelles are slightly later than the drawing and probably date to the late 11th century AH/17th century AD. 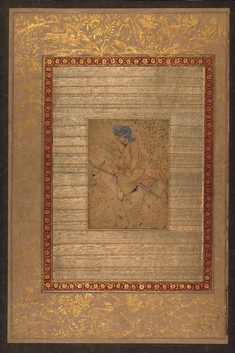 Man on a Donkey