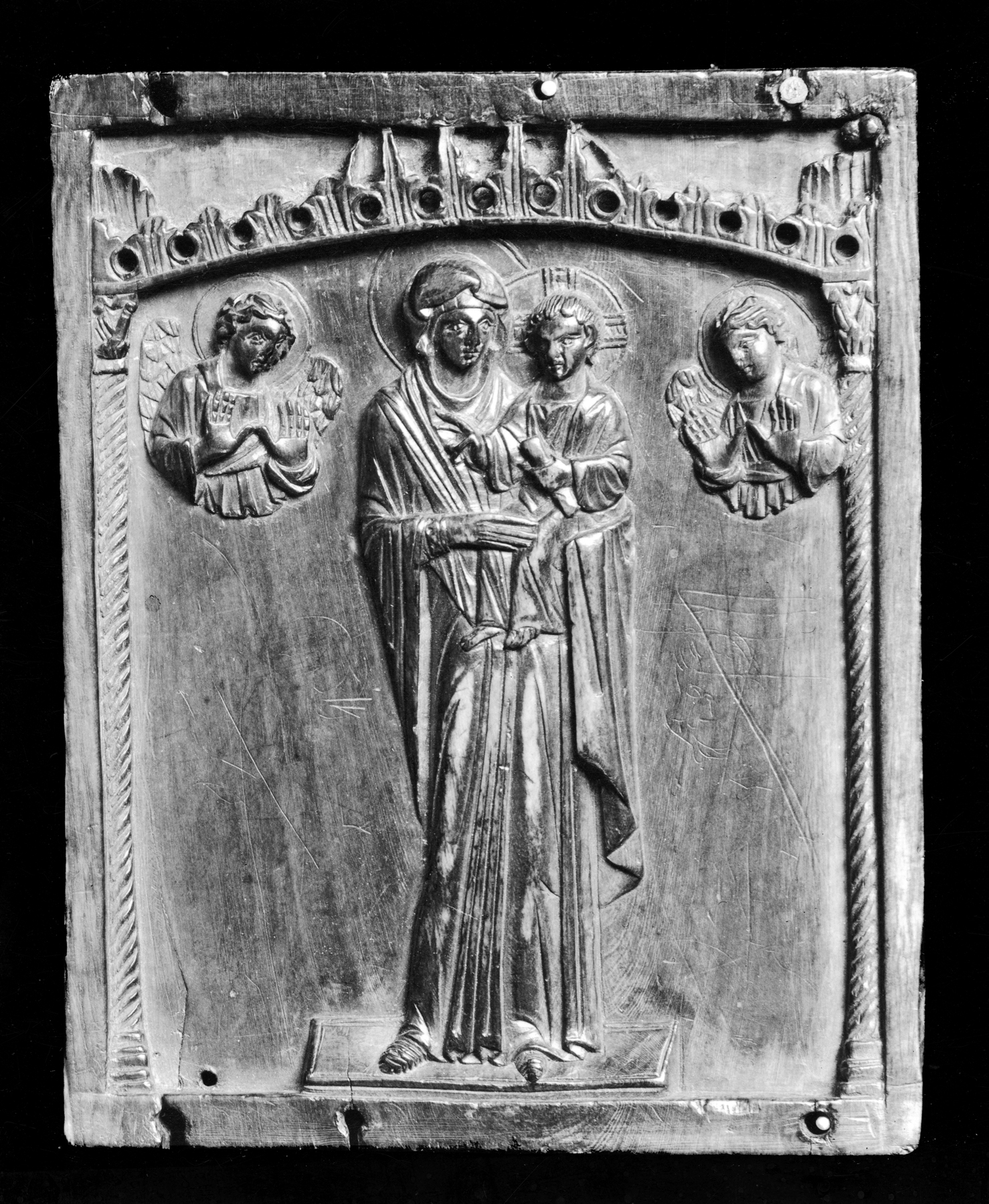 Virgin and Child with Two Angels

This ivory plaque formed the center panel of a devotional three-panel icon. It shows the Virgin and Child under a canopy, flanked by angels with their hands raised in adoration. While the Christ Child blesses the viewer with his outstretched right hand, the Virgin softly touches his leg, a intimate gesture that stresses the close relationship between mother and son, assuring the beholder of the power of the Virgin's intercessory prayers.