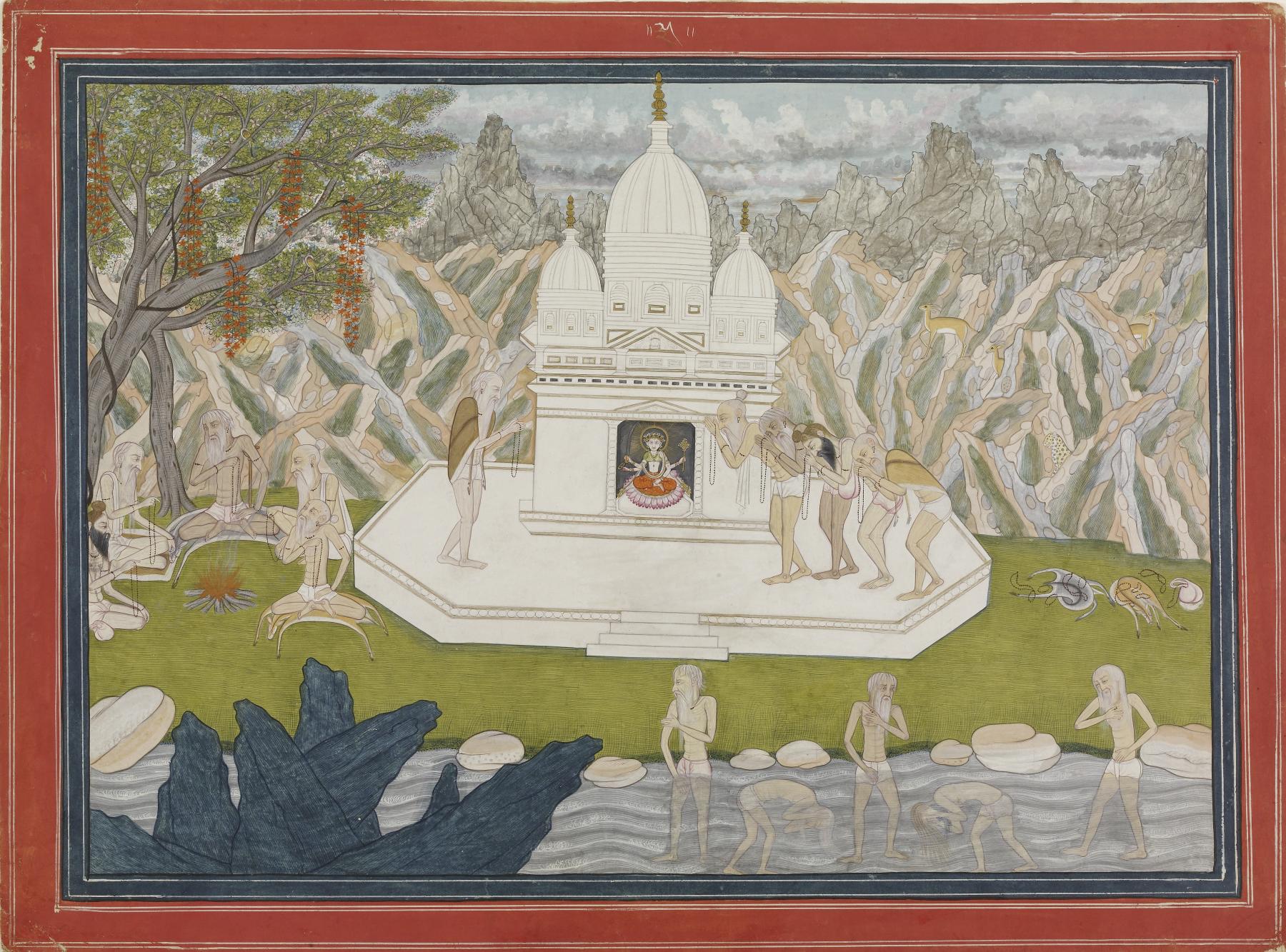 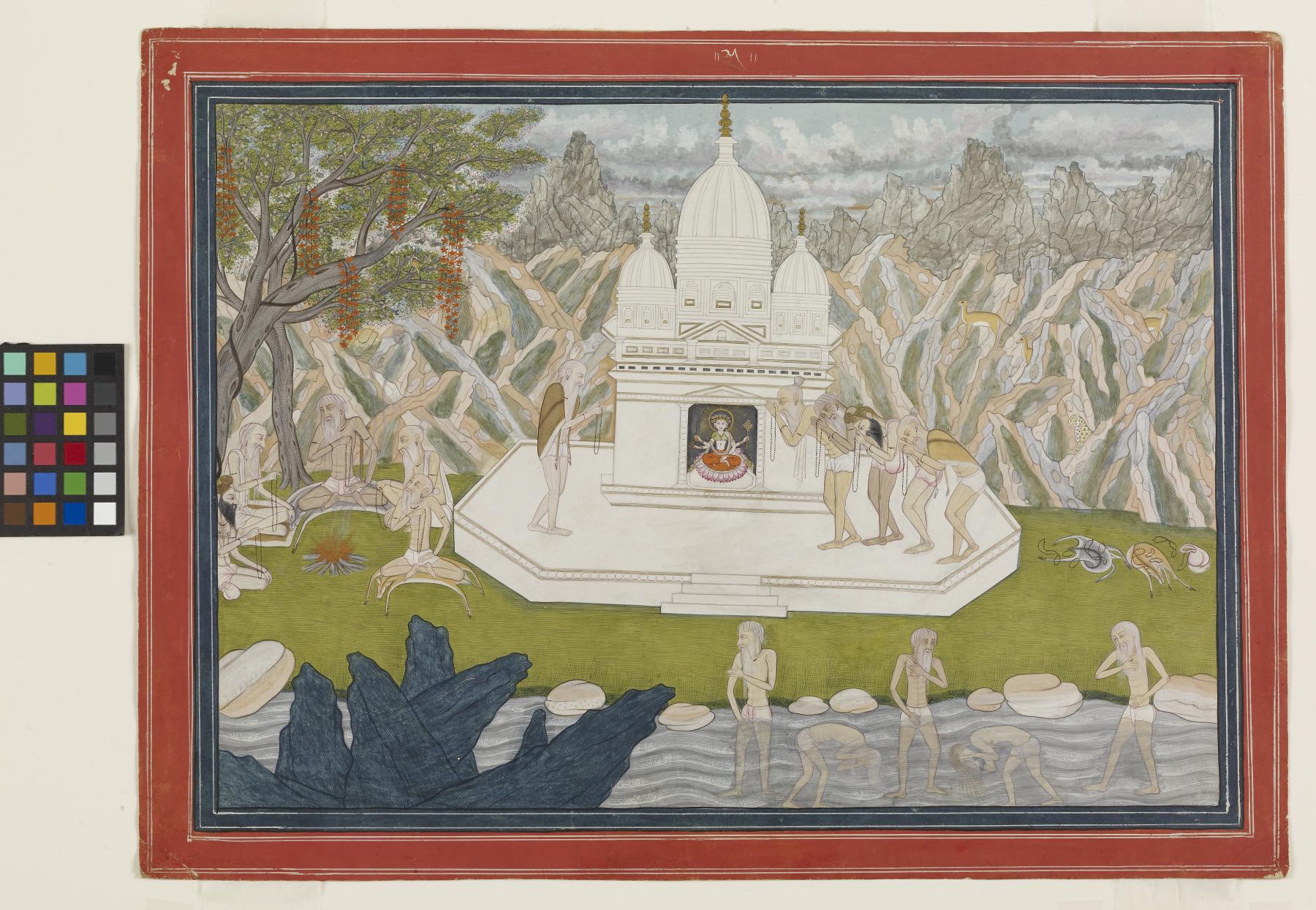 Ascetics before the Shrine of the Goddess, page from a dispersed series of the Kedara Kalpa

The five pilgrims are shown engaged in three different activities, following the continuous mode of visual narration that has remained a favorite of Indian artists for over two millennia. In the foreground, they bathe in a river; having cleansed their bodies, they pay obeisance to the goddess in the temple; finally, they sit in a group below a flowering tree, and in the warmth of an improvised fire, they say their prayers. Each ascetic, called "sadhaka" (devotee) or "siddha" (empowered) in the text has a distinctive physiognomy, rendered with convincing naturalism. Realistic touches are also evident in the manner in which the garments and rosaries are strewn on the ground and in the depiction of the fire, indicative of intense cold at the isolated shrine high in the mountains. Indeed, the iciness of the atmosphere is further conveyed by the prominent use of cold, pastel tones and stark white, which gain in intensity from the jutting charcoal gray rocks in the water, the patch of green, and the orange flowering vines dangling from the tree.