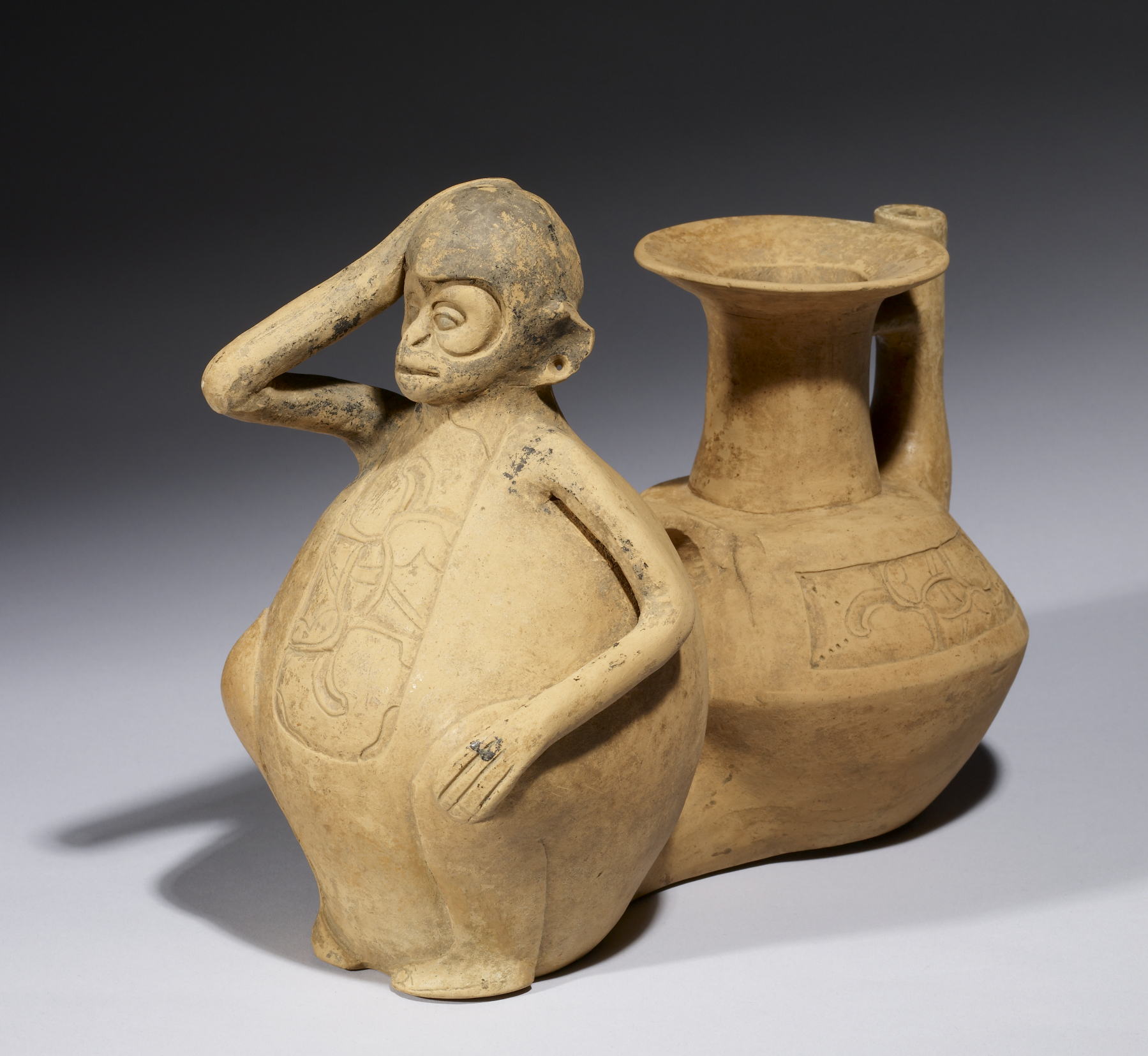 Veracruz sculpture is among the most admired of ancient Mesoamerica yet its study has long been subsumed under the aegis of the highly visible Teotihuacan and Maya civilizations. Veracruz refers to the central Gulf Coast of Mexico and has served loosley as a stylistic designation for all art eminating from the region. Its art reflects the influences of both Teotihuacan and Maya as well as a distinct aesthetic that developed locally. Ceramic sculpture reaches its greatest expression during the Late Classic. Life-size figures from El Zapotal, Remojadas "smiling figures," pull-toy animals on wheels, and helmeted warriors with removable armor are but a few of the creative forms known. Seemingly free from the constraints of their neighboring super powers, Veracruz ceramicists sculpted naturalistic, highly animated human figures, animals and supernaturals. Facial expressions and disctinct hand gestures are the most striking features of figural ceramics.

This double-chambered vessel combines a simple flask with the body of a monkey, and can aptly be described as an effigy bottle. The elaborate scroll patterning in the cartouches is most closely associated with the art of Classic Veracruz, where the vessel is said to originate.