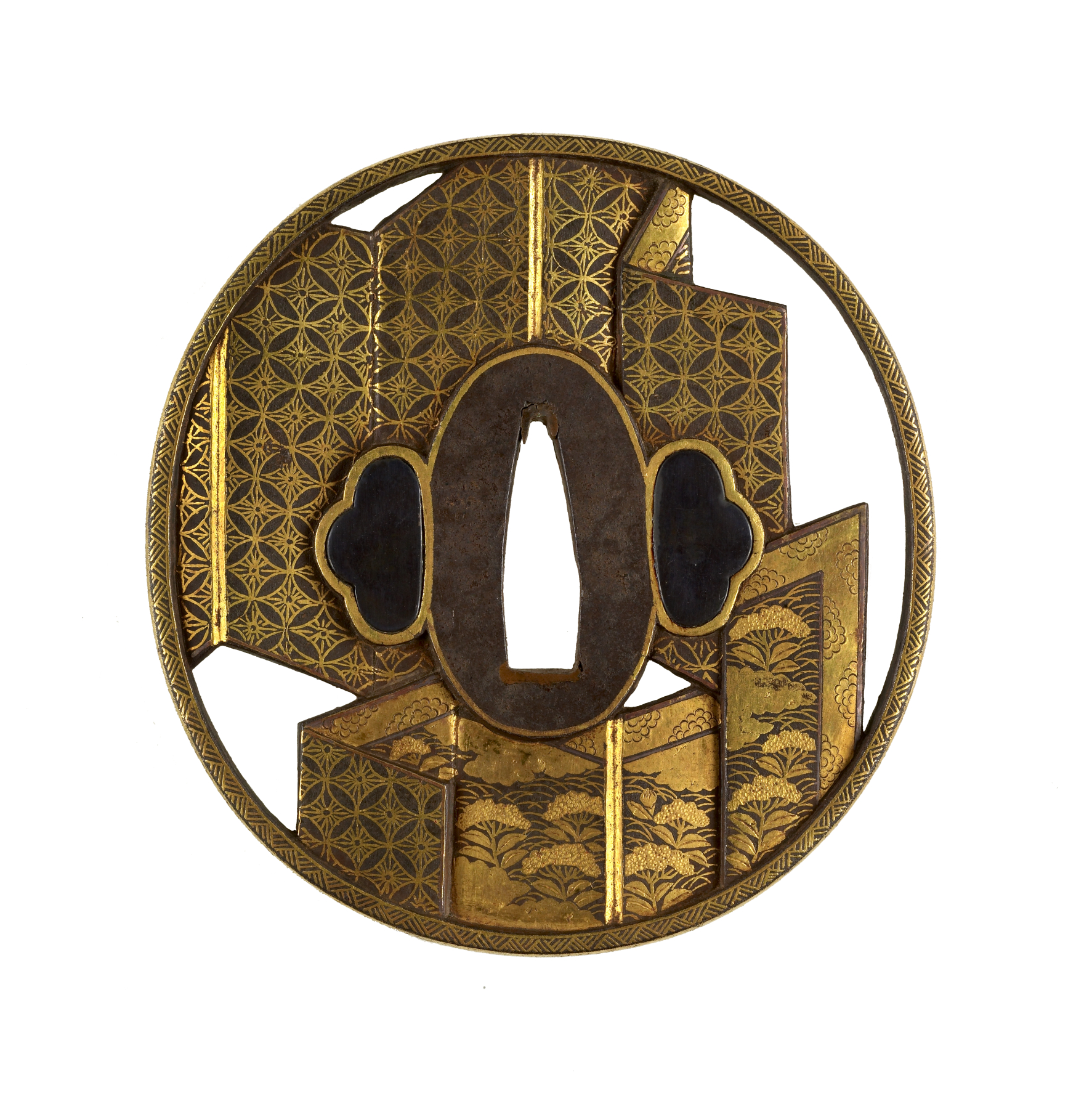 Tsuba with a Pair of Folding Screens

This unusual tsuba shows two folding screens framing the central hole. The upper screen has a pattern of chrysanthemum flowers. The lower screen is placed with its back to the viewer. The two auxiliary holes have both been plugged. In traditional Japanese architecture, screens were used to divide spaces within larger rooms. They were both artistic and utilitarian objects.