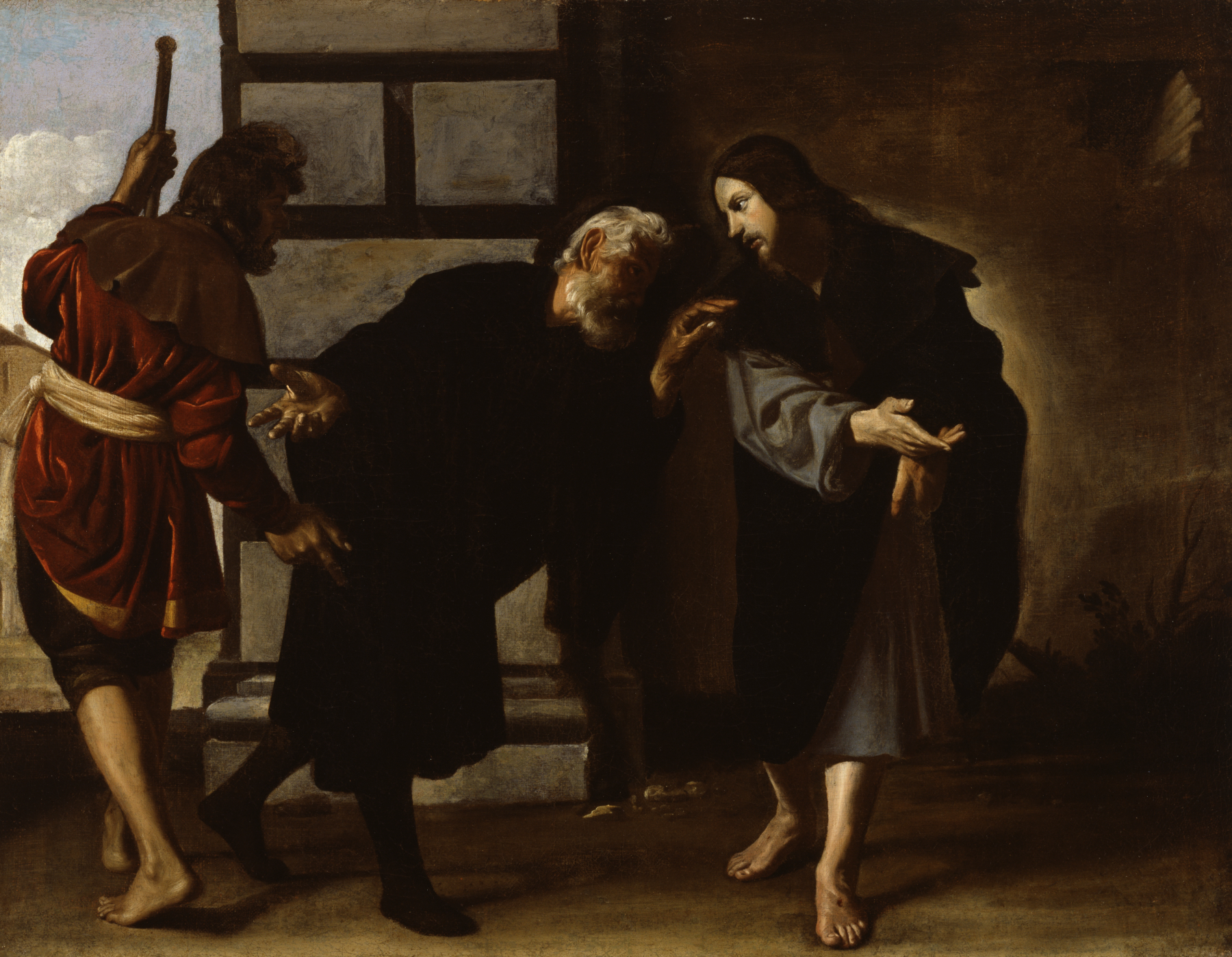 Christ and Two Followers on the Road to Emmaus

On the third day after the Crucifixion, two of Christ's disciples walked toward Emmaus and met a traveler, who was actually Christ, though they did not recognize him. They talked about the recent sorrowful events, and the traveler reminded them of the prophesies of the Resurrection. As they neared the town, the disciples urged the traveler not to walk on but to stay at Emmaus with them. This moment is rarely depicted; the horizontal shape of the canvas and large figures suggest that the painting was from a series, in which the following scene would be the evening supper at which Christ revealed to them his true identity.

Although the dark, sober tones of this painting recall the works of Francisco de Zurbarán (to whom it was attributed), the faces and dance-like rhythms are closer to the paintings of Alonso Cano.

Gift of Leonard and Barbara Scherlis, 2003