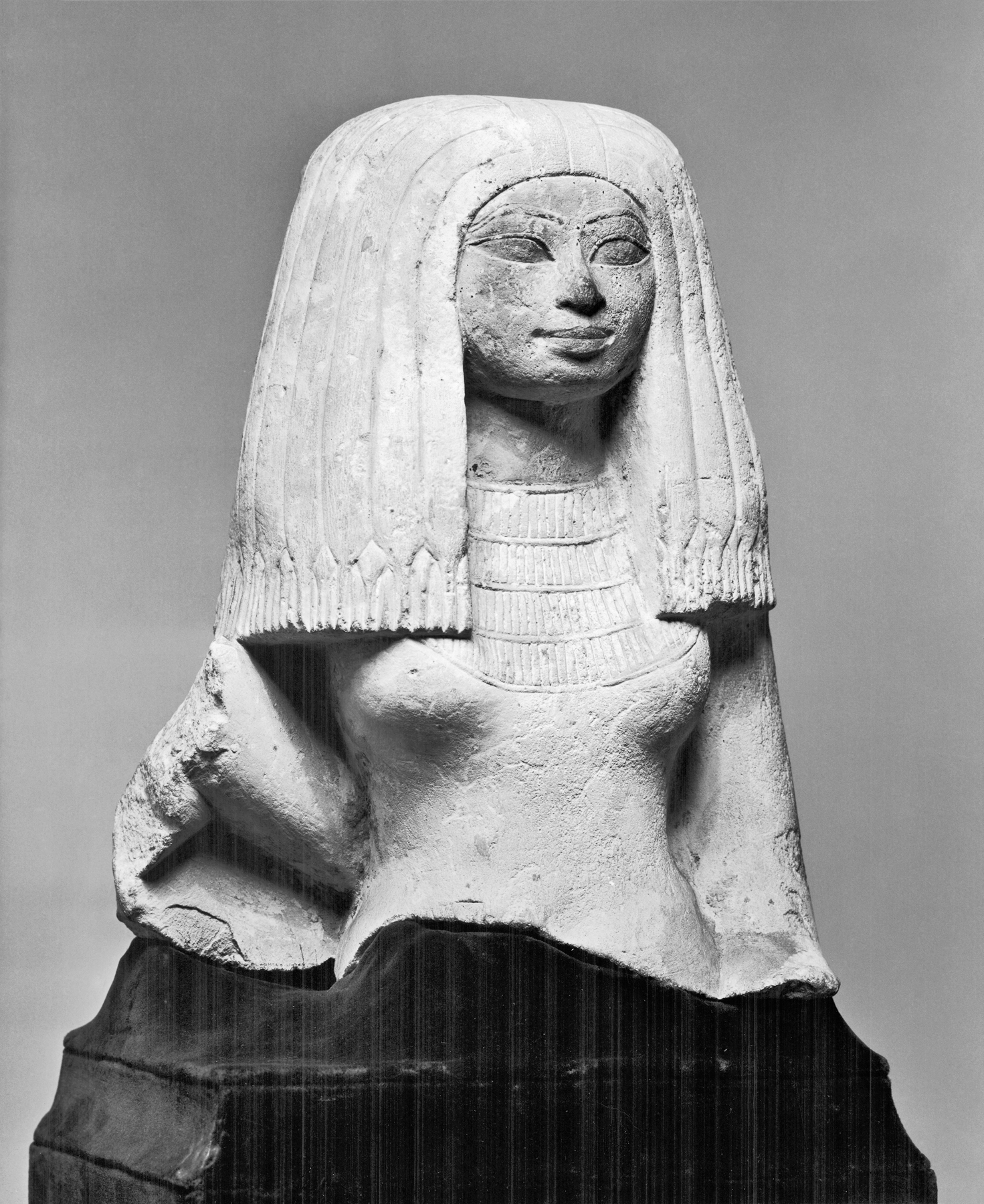 Figure of a Woman

This fragment is from a group that depicted the woman with another person, probably her husband. It was likely intended to be placed in their tomb. The hand of the second person is visible on the woman's upper arm. Part of the inscription on the back pillar is preserved and identifies the woman as a housewife, although her name is lost. The type of wig and the style of the face date the piece to the reign of King Amenhotep III (1390-1352 BCE). It is also possible that the figure was produced in the late 19th or early 20th century as a forgery.