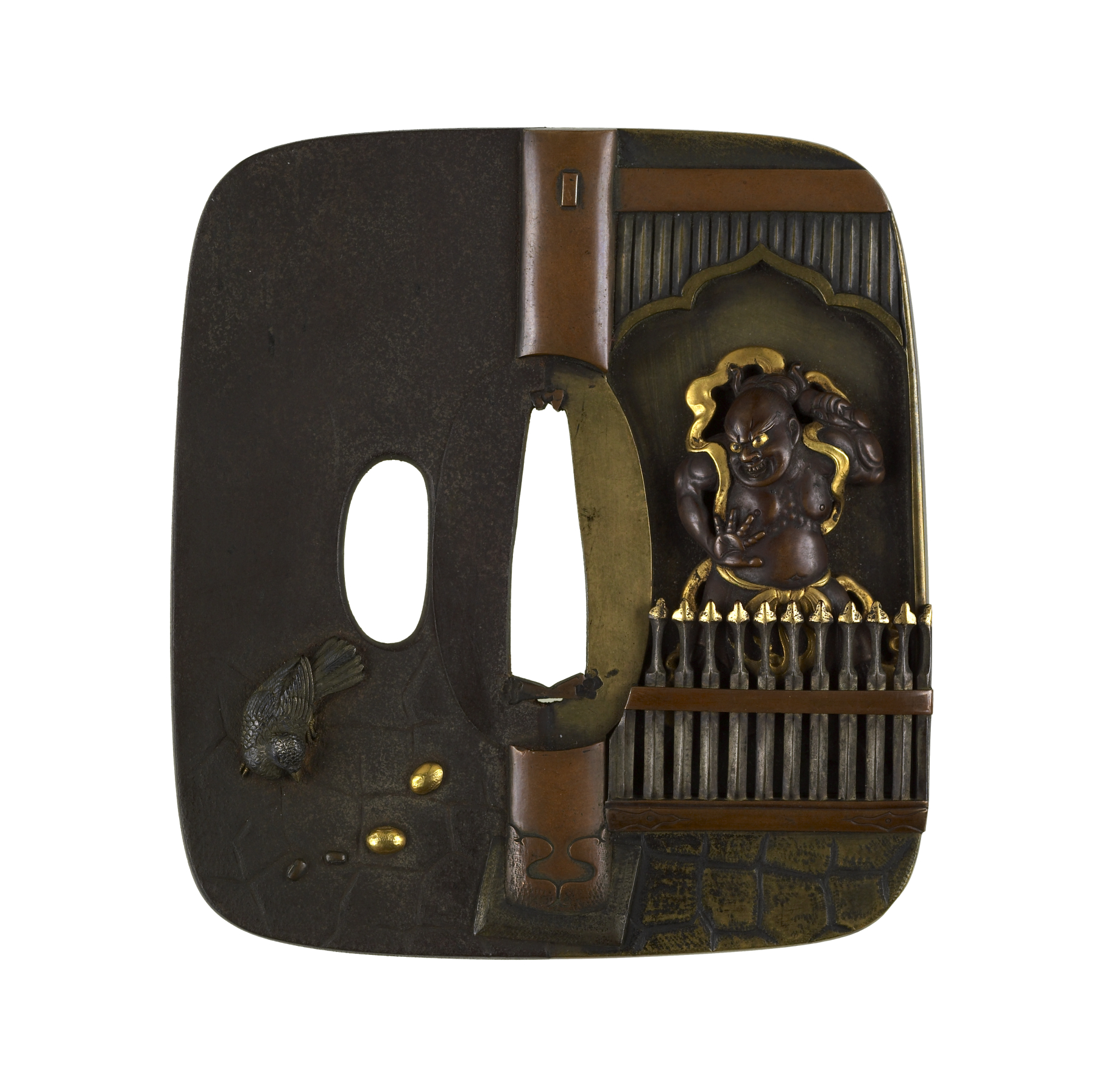 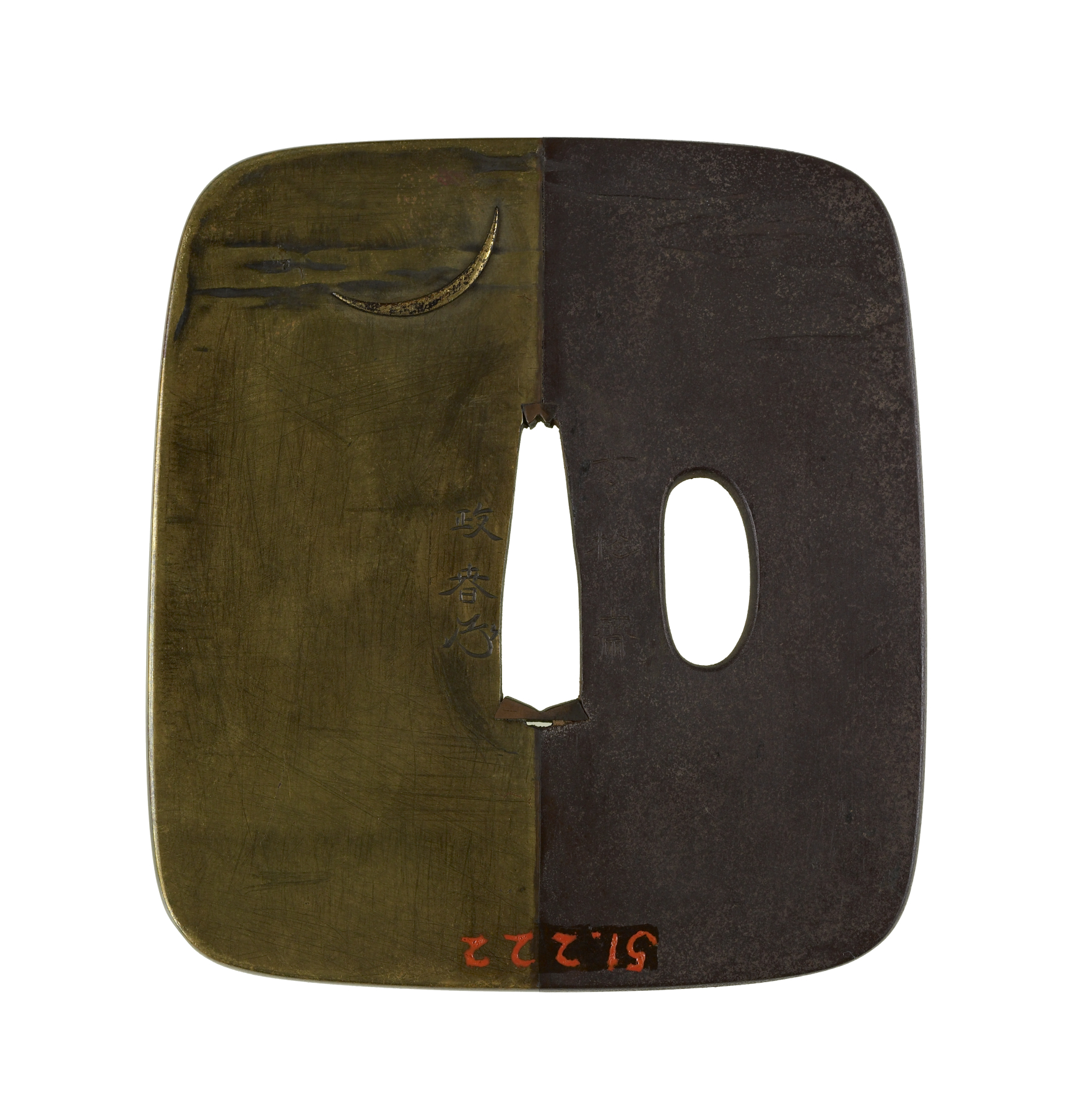 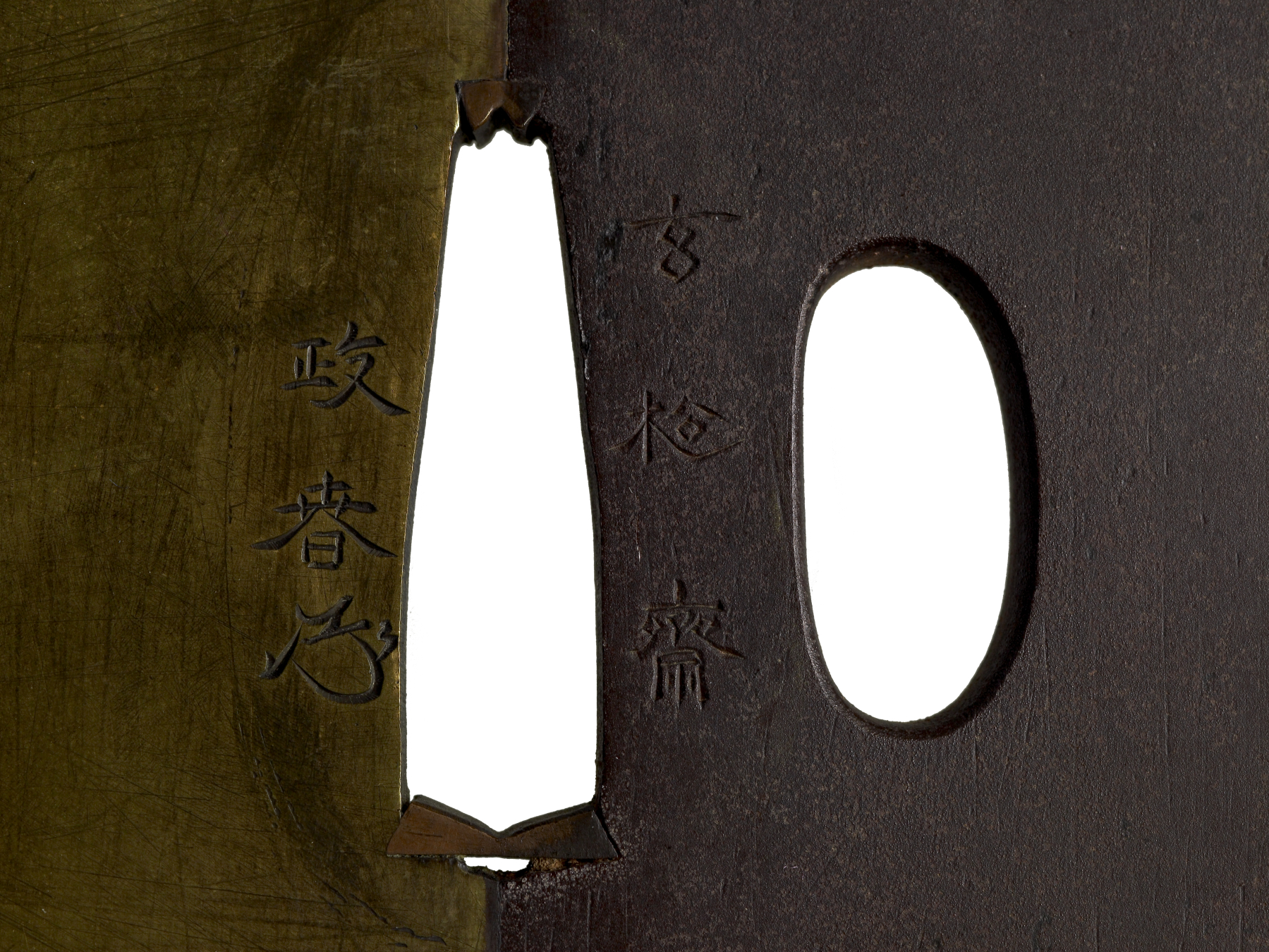 Tsuba with a Temple Guardian Statue

The fierce figure on the right of this tsuba is one of the paired guardians ("ni-ô") who guard the main south gate at Buddhist temples in Japan. The fierce figures protect temples from evil spirits. The dove on the left side of the composition is a symbol of the Shinto deity Hachiman, the deified form of the Emperor Ôjin (died 310). The gate guardian shown here may be from the Tsurugaoka Hachiman shrine and temple complex in Kamakura. Both guardians were transferred to another site in the late 19th century when Buddhist objects were removed from Shinto shrines. On the reverse of the tsuba is a crescent moon.