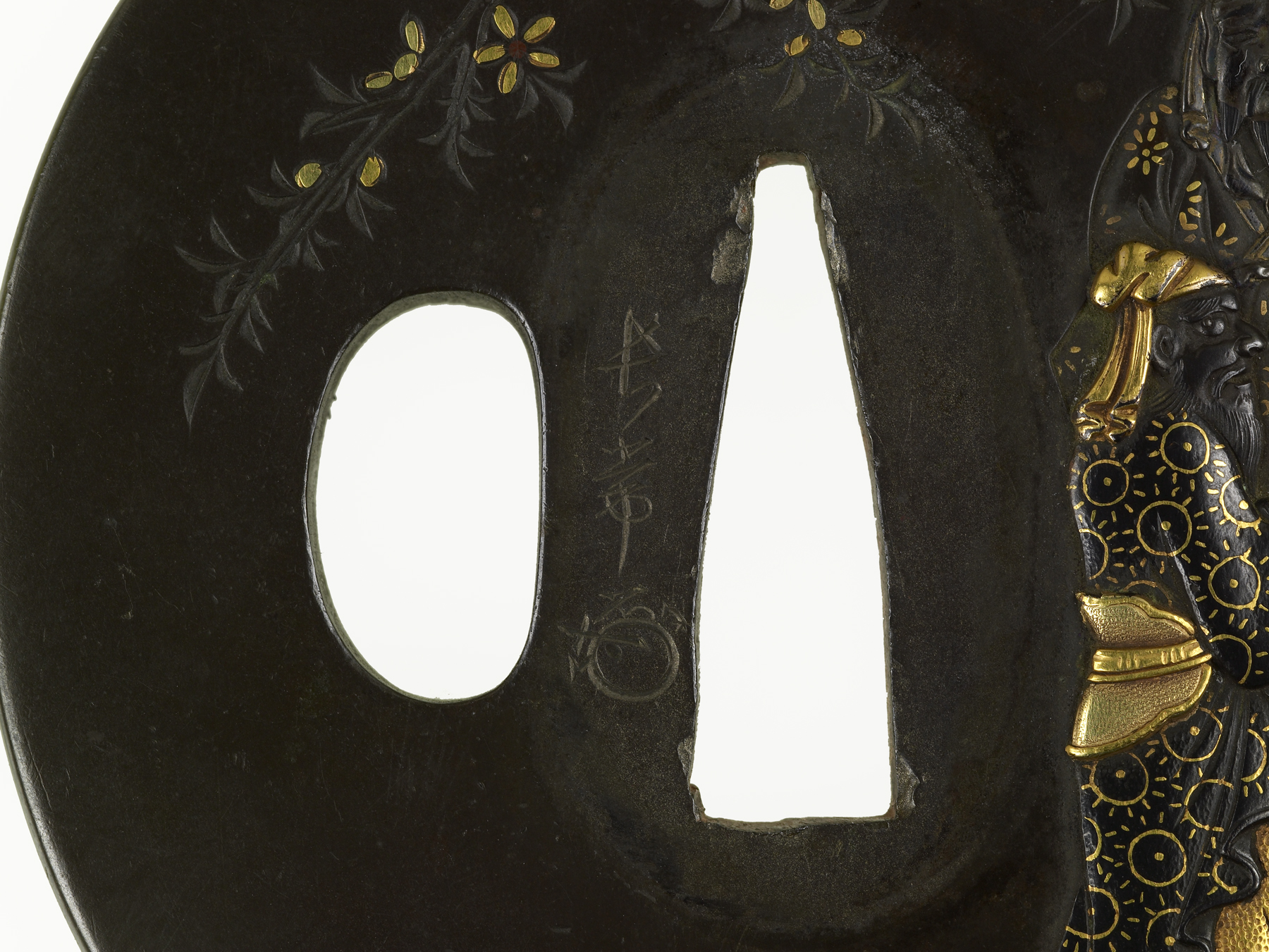 Tsuba with the Elegant Gathering in a Peach Orchard

This tsuba shows the Chinese figures Genroku (Ch. Liu Bei), Kanyu (Ch. Guan Yu), and Chôhi (Ch. Zhang Fei) in the peach orchard where they took an oath of brotherhood. The episode takes place in the 14th-century novel "Romance of the Three Kingdoms" which tells a fictionalized account of events in the 2nd century during the Three Kingdoms period. All three men led soldiers in victorious battle and Genroku became emperor of China. The back depicts cloths hung to create an enclosure for a picnic in the orchard.