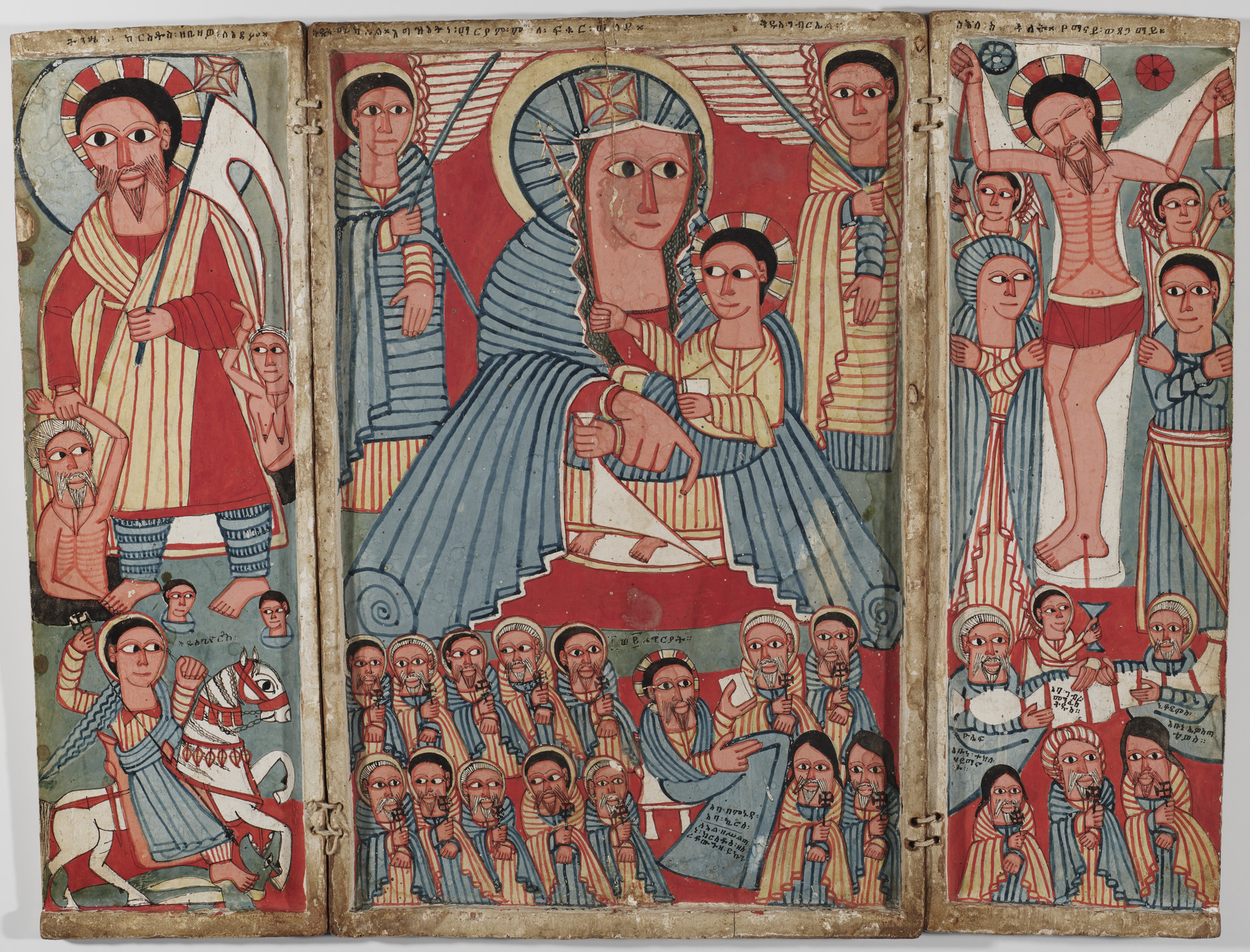 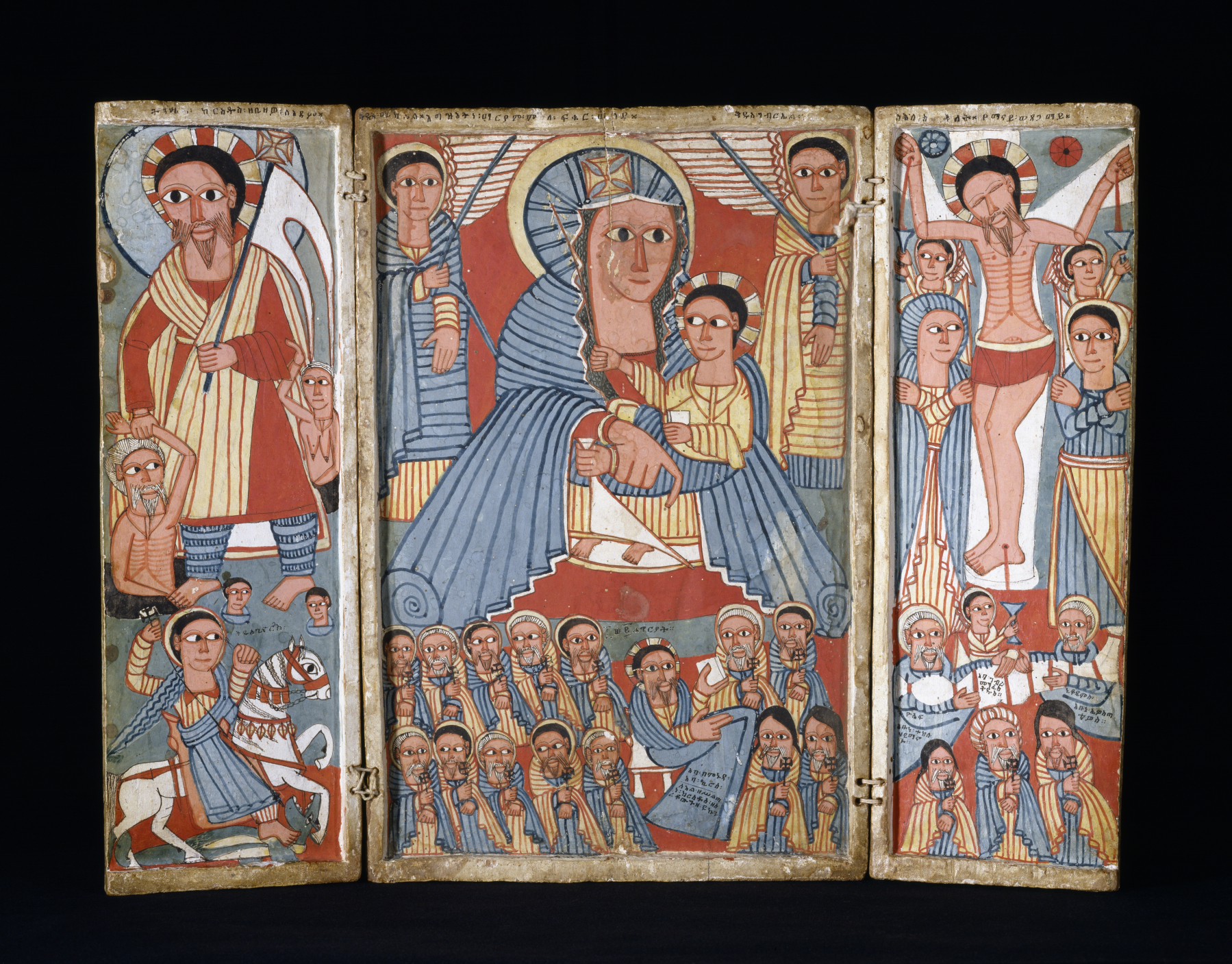 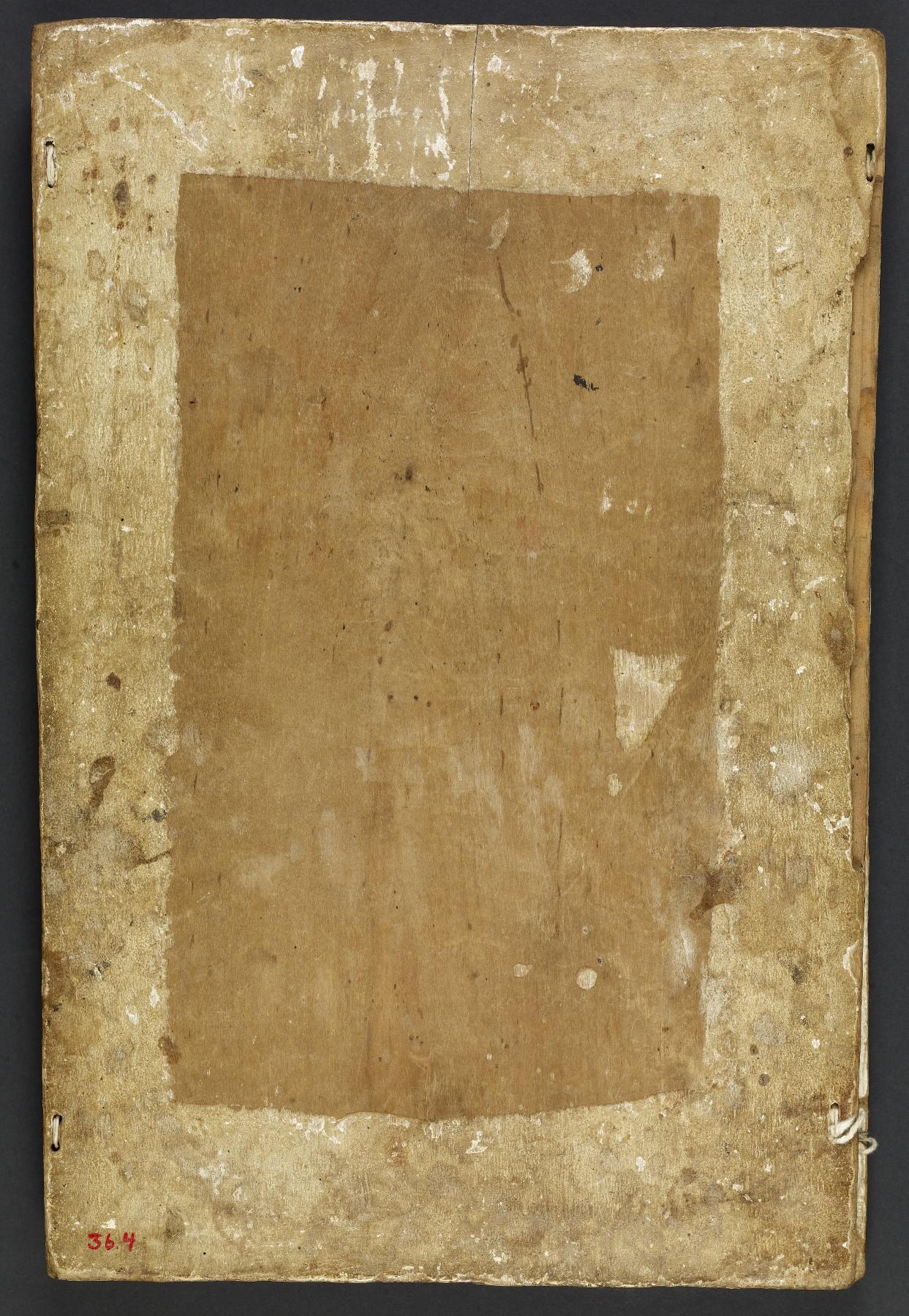 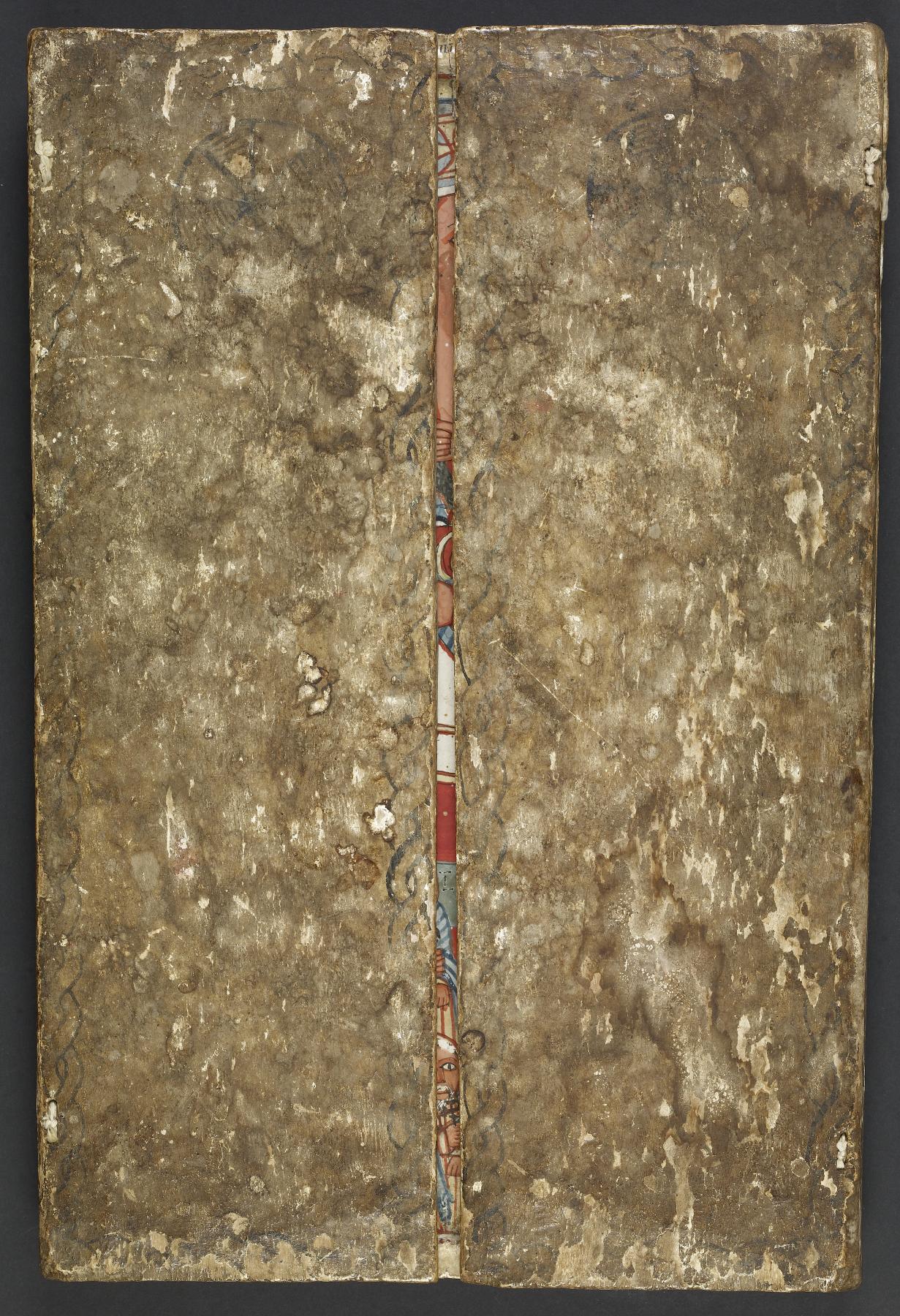 The Virgin and Child with Archangels, Scenes from the Life of Christ, and Saints

The central panel of this triptych features a version of Mary and the infant Christ based on a famous icon from the Roman basilica of Santa Maria Maggiore that was believed to have been painted by St. Luke the Evangelist. Prints of this painting entered Ethiopia around the year 1600 with Jesuit missionaries. The widespread circulation of these prints led to the adoption of the Santa Maria Maggiore icon as a prototype for pictures of Mary and Christ and transformed Ethiopia's traditional Marian imagery. In paintings based on this icon, the Christ Child typically sits on the Virgin's left arm while holding a book in his left hand. Mary, crossing her arms in front of Christ, holds a cloth in her left hand and extends the elongated fingers of her right hand toward the ground. As with the original Roman painting, the hood of Mary's cloak often bears a cross. This triptych is a fine example of the work of a group of Ethiopian painters that apparently specialized in producing icons based on the Roman prototype. Yet in their panels, as can be seen here, the western model assumes a new form, with Mary's cloak stretching out in either direction to embrace the scene of Christ Teaching the Apostles below. Umbrella-like, Mary appears as both the protector and personification of the church. The paintings of this school typically combine large figures across the top of all three panels with smaller figures below. These painters also made extensive use of blue grounds and added fine linear details in black ink.