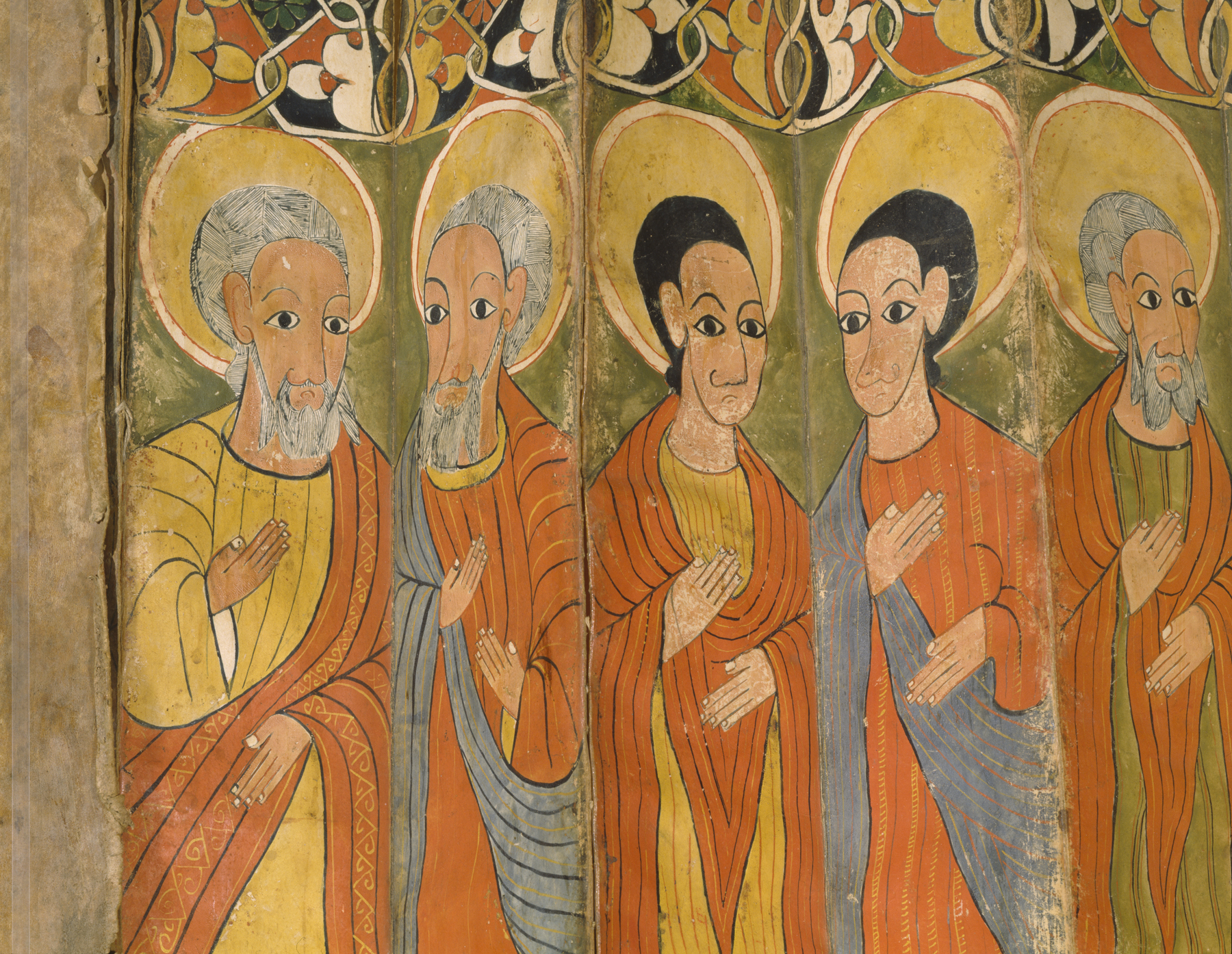 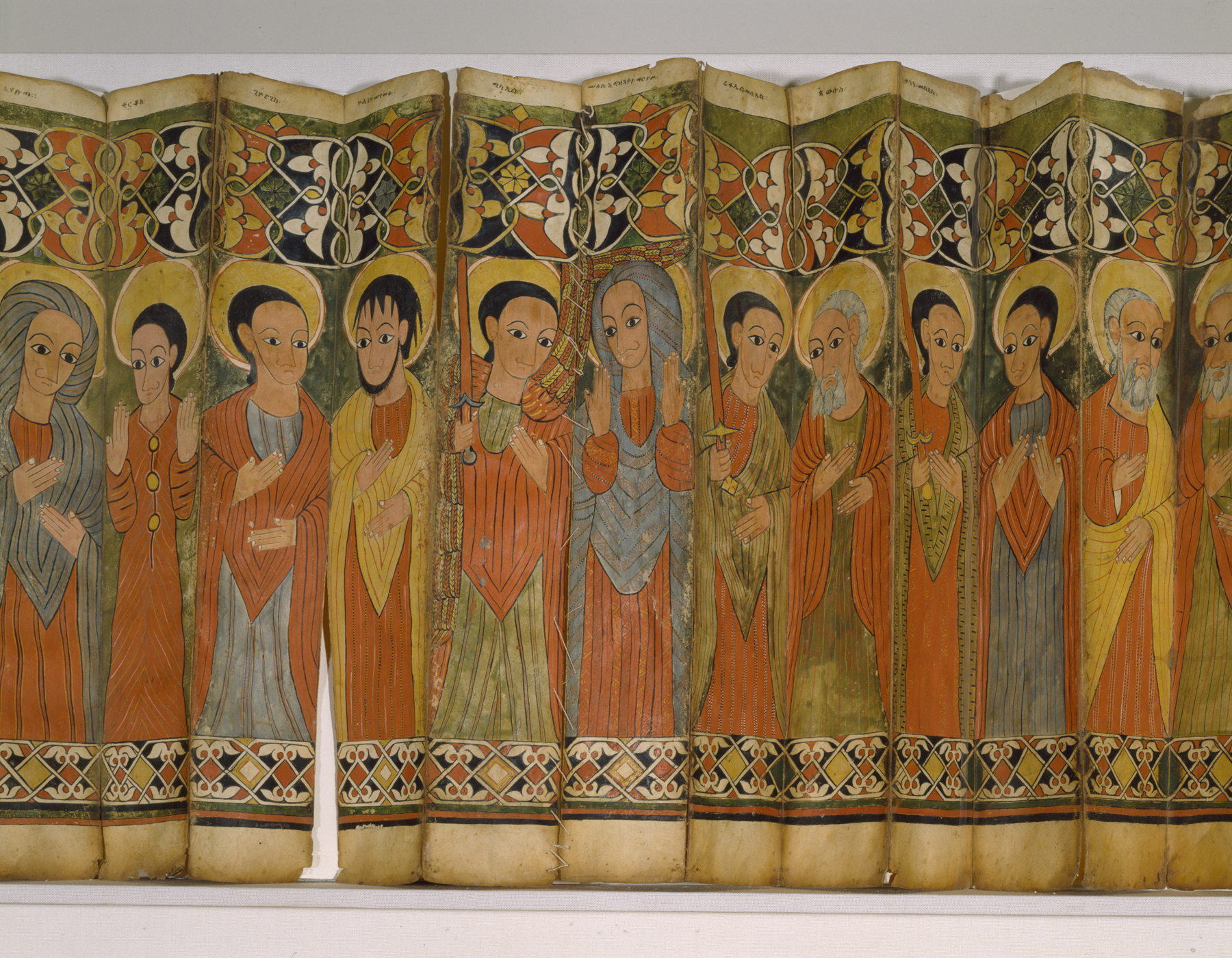 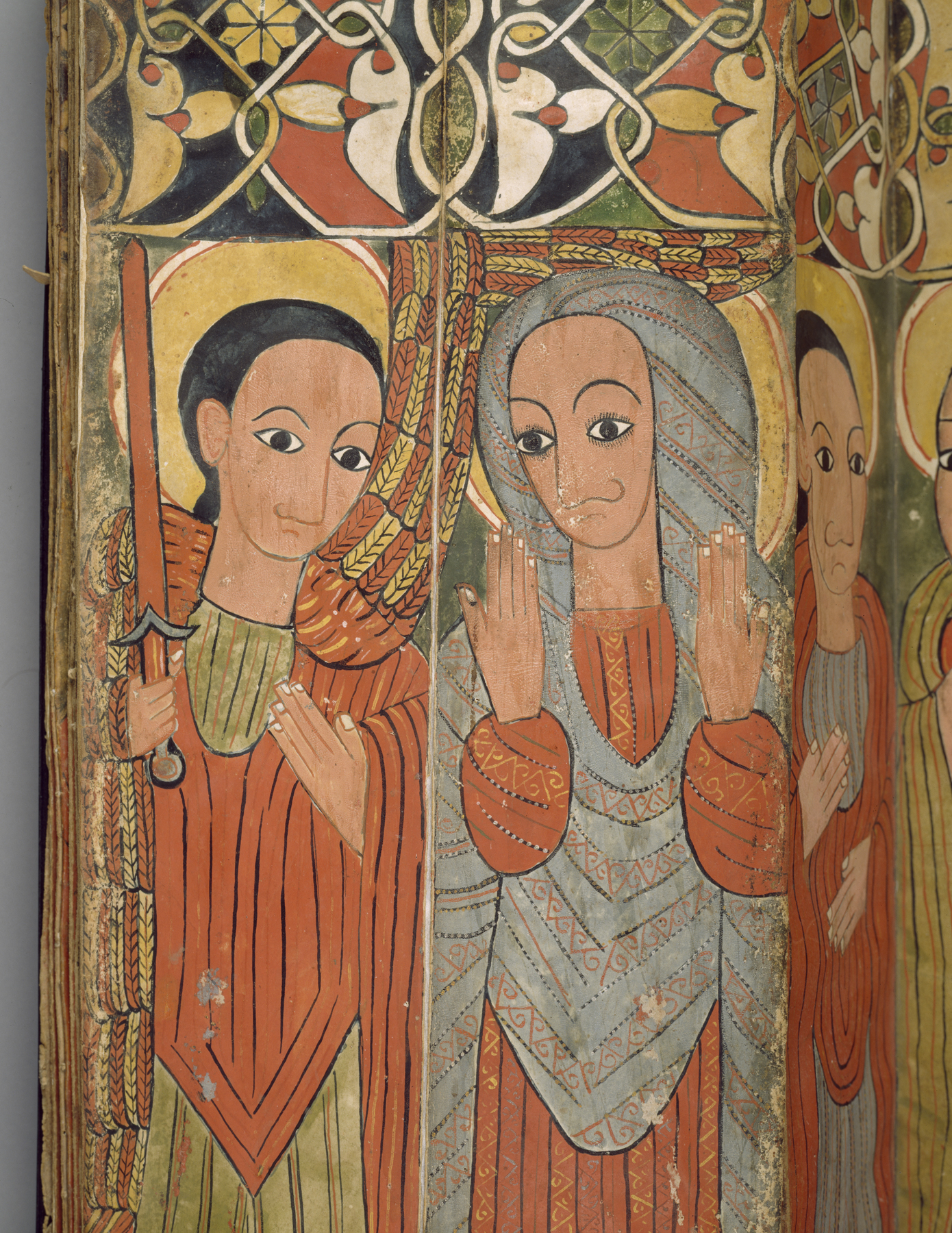 Folding Processional Icon in the Shape of a Fan

Painted icons of this type are extremely rare, surviving only at the Walters, the Church of Tana Cherqos on Lake Tana, and the Church of Saint Mary at Däbrä Seyon. Painted on five sheets of parchment that have been stitched together and folded, thirty-eight identically sized figures span its surface. The deliberate variation of costumes and hand gestures creates an animated composition. Only the principal nine figures have distinguishing inscriptions. Reading from left to right, they are: Juliet, Cyriacus, George, John the Baptist, Michael, Mary, Raphael, Paul, and Afnin. The unidentified figures are undoubtedly a combination of Old Testament patriarchs and prophets, as well as New Testament apostles and saints. The painting style exhibits close parallels with the illuminations of the Gospel book from Gunda Gunde (W.850), suggesting that this object was also produced by a Stephanite monastery. Although this object adopts the form of a fan, it is perhaps best understood as a processional icon. The wooden panels at either end of the Däbrä Seyon fan indicate that, when not in use, the object was stored much like a book, with its folding leaves protected between paired covers. Yet, when unfolded, the two covers came together to create a handle for a giant wheel that could be displayed during liturgical processions and church services. Although lacking its original wooden covers, the Walters fan would have formed a circle roughly four feet in diameter when unfolded. The Virgin Mary, whose hands are raised in a gesture of prayer, is then at the top of the wheel. By depicting Mary in the company of saints and angels, the icon powerfully evokes the celestial community of the church.