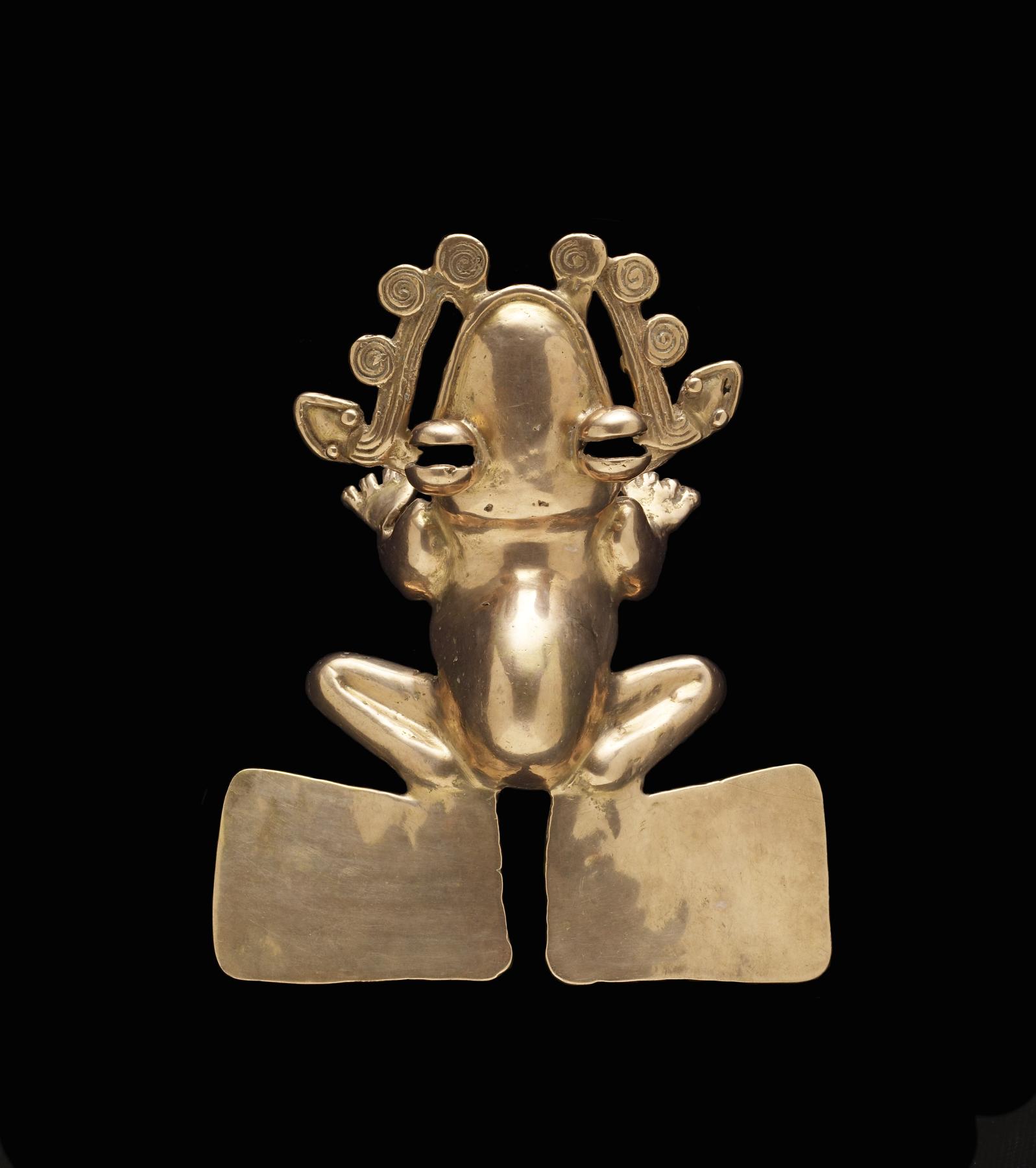 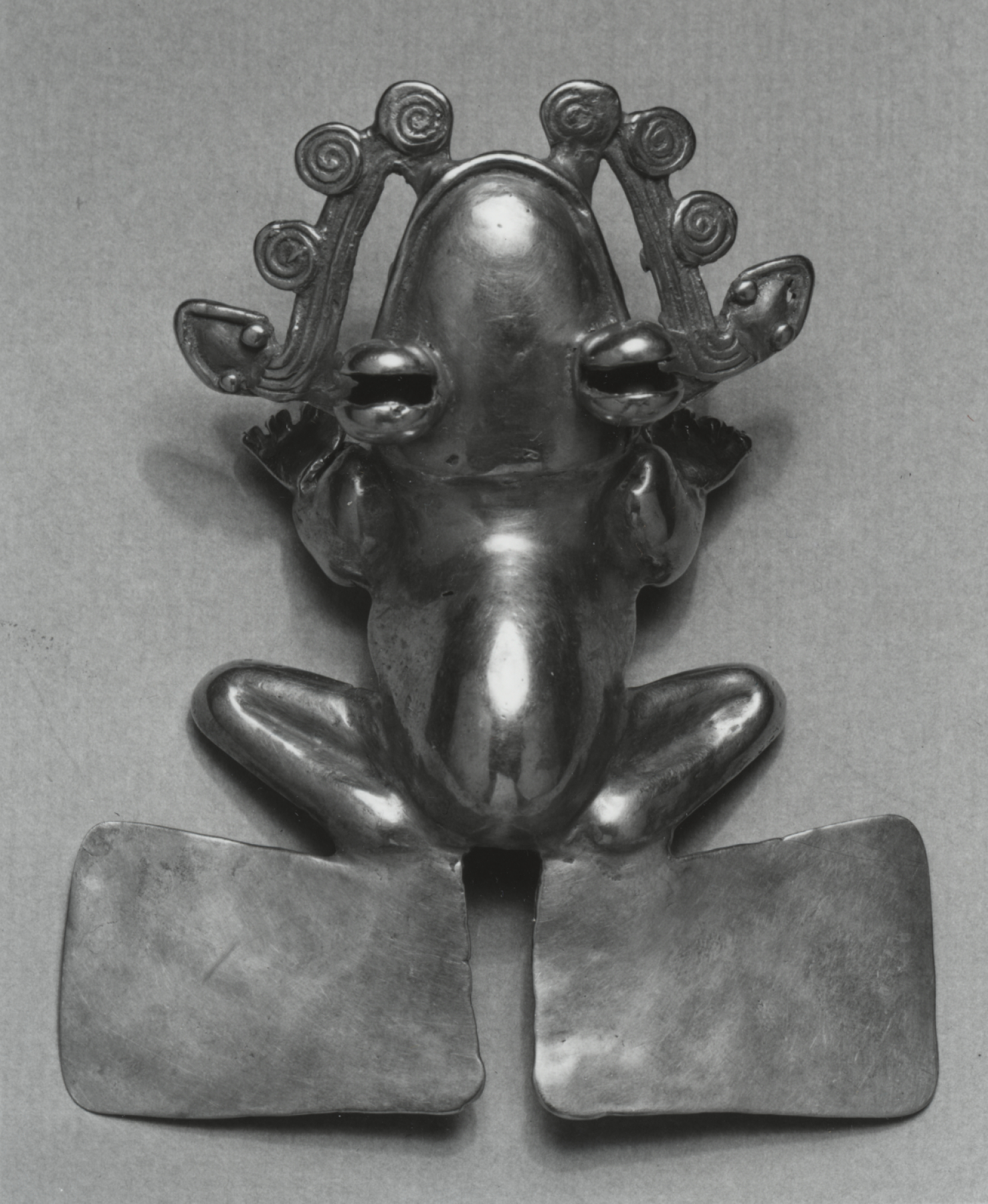 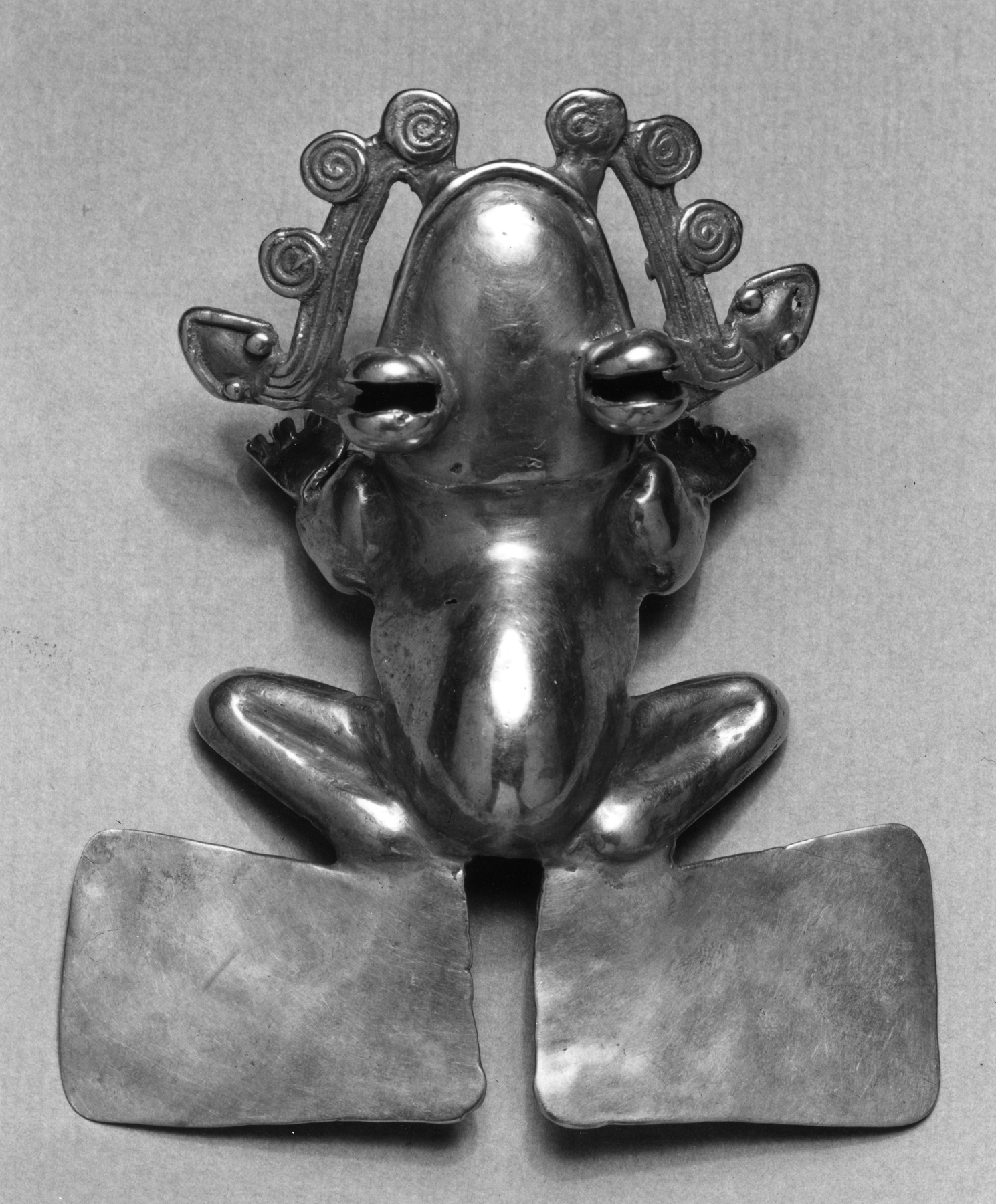 Pendants were worn by men around the neck on ceremonial occasions. Columbus noted that the inhabitants of Panama who came to greet him wore gold pendants. This piece could have been created in Columbus's time or during the previous 600 years.

Frogs were associated with rain and fertility, and were therefore quite popular; they could also symbolize transformation. This frog pendant has bells for eyes, and holds a double-headed snake in its mouth. Its large hind feet are flat and rectangular.