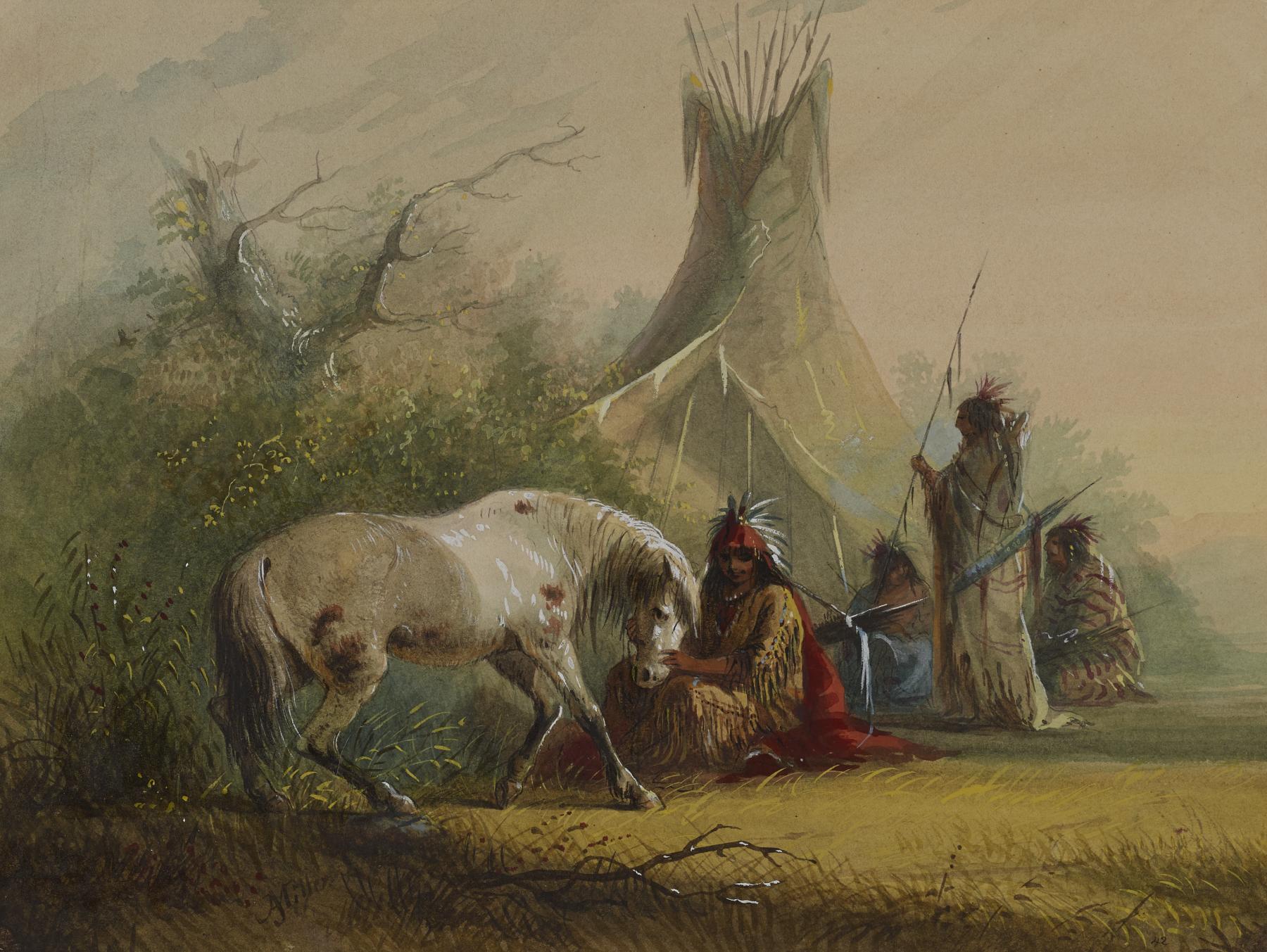 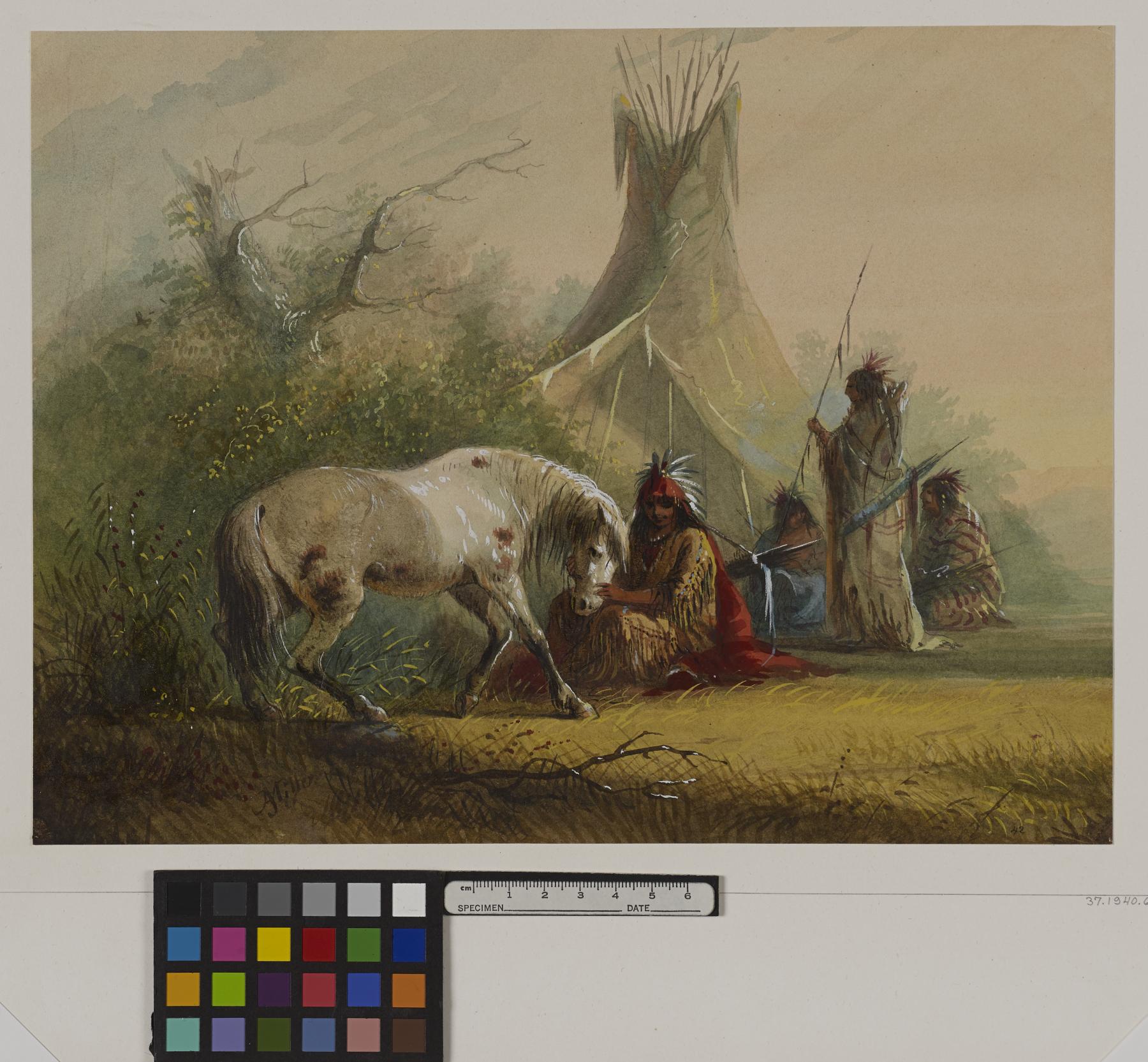 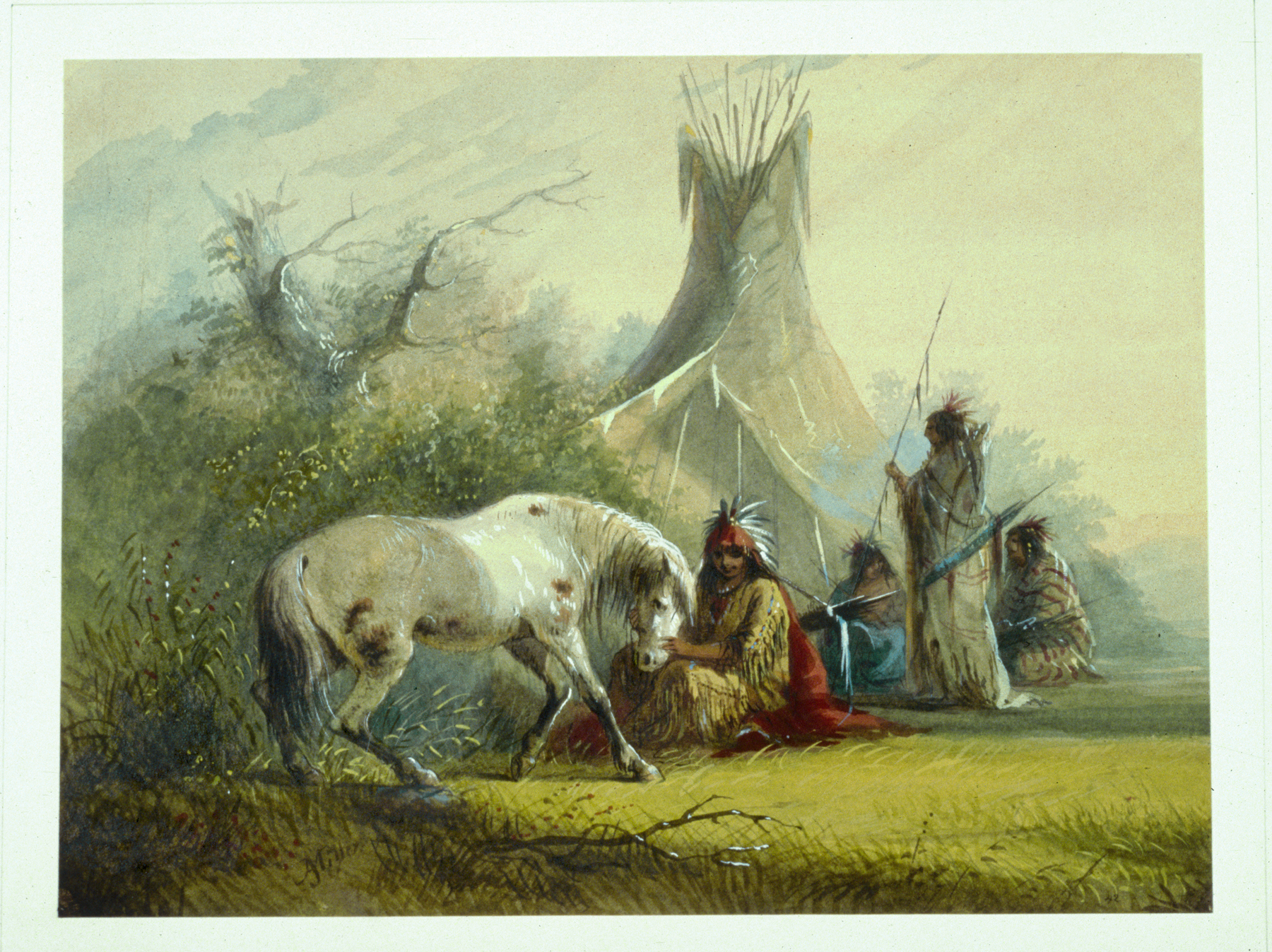 Shoshone Indian and his Pet Horse

The scene is a normal day in an Indian village, with the teepee thrown open to admit the fresh air while the Indians in front are making bows, arrows, and so on. In the foreground, a warrior is petting his horse. Miller, perhaps in anticipation of the old cowboy-and-horse story, suggested that, if the Indian had to choose between his horse and his bride, "we opine that the horse would be the first choice." A.J. Miller, extracted from "The West of Alfred Jacob Miller" (1837).