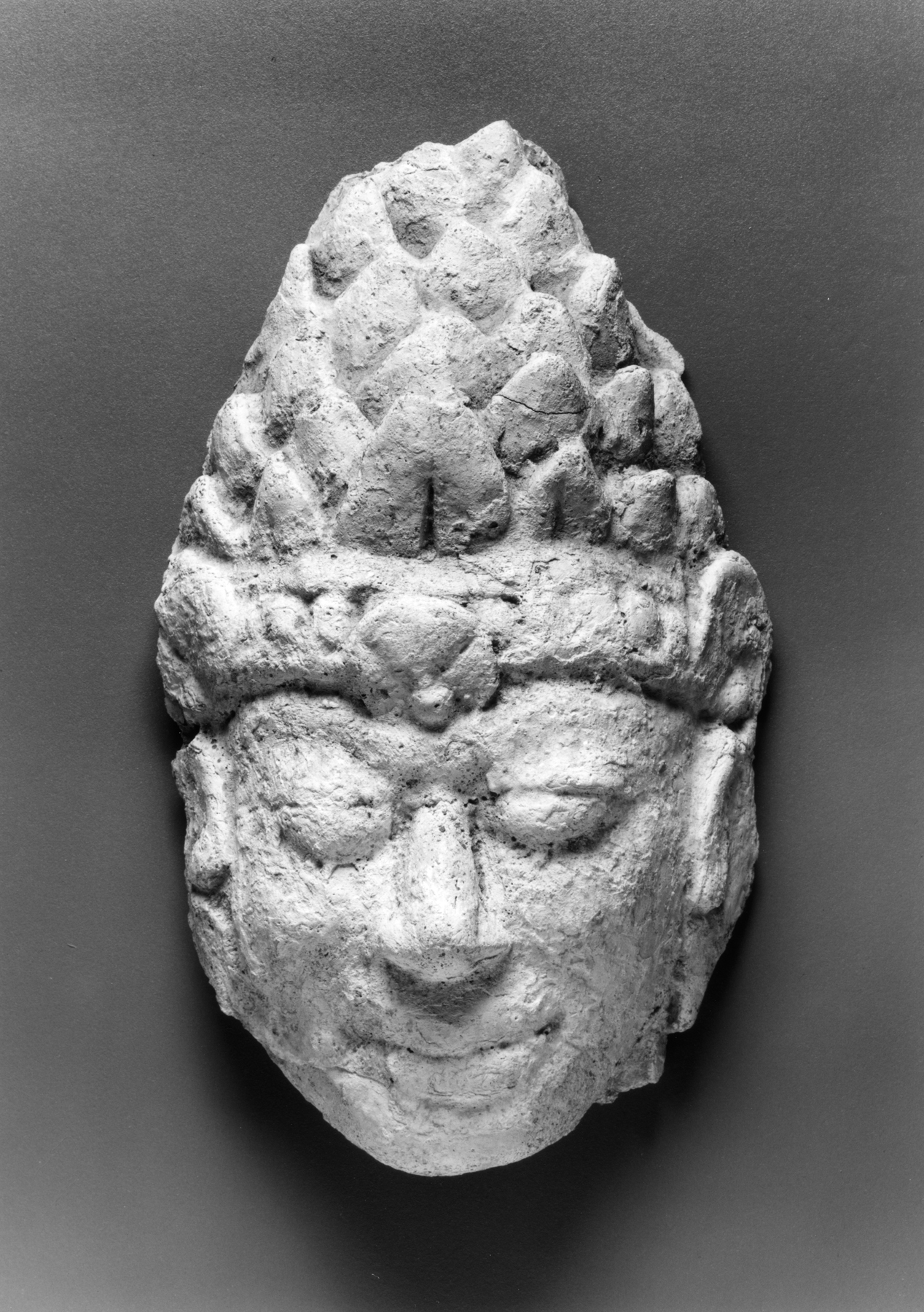 Head of a Crowned Figure

Among the stuccos recovered from various ancient sites in Nakhon Pathom, there is a type with tiered conical headdress consisting of many triangular elements. This head was probably made in Nakhon Pathom. It and related heads may have originally belonged to figures flanking the Buddha.