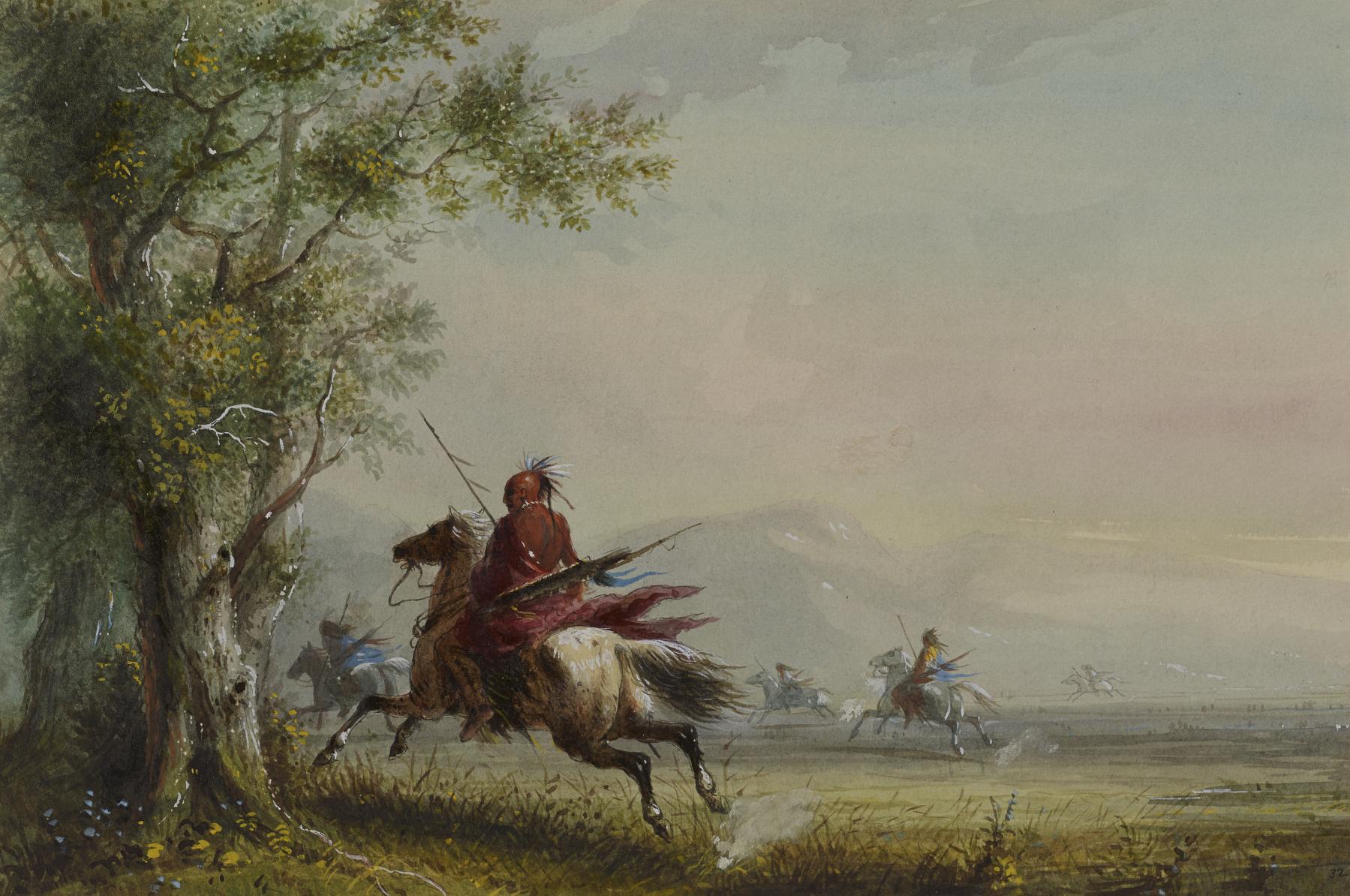 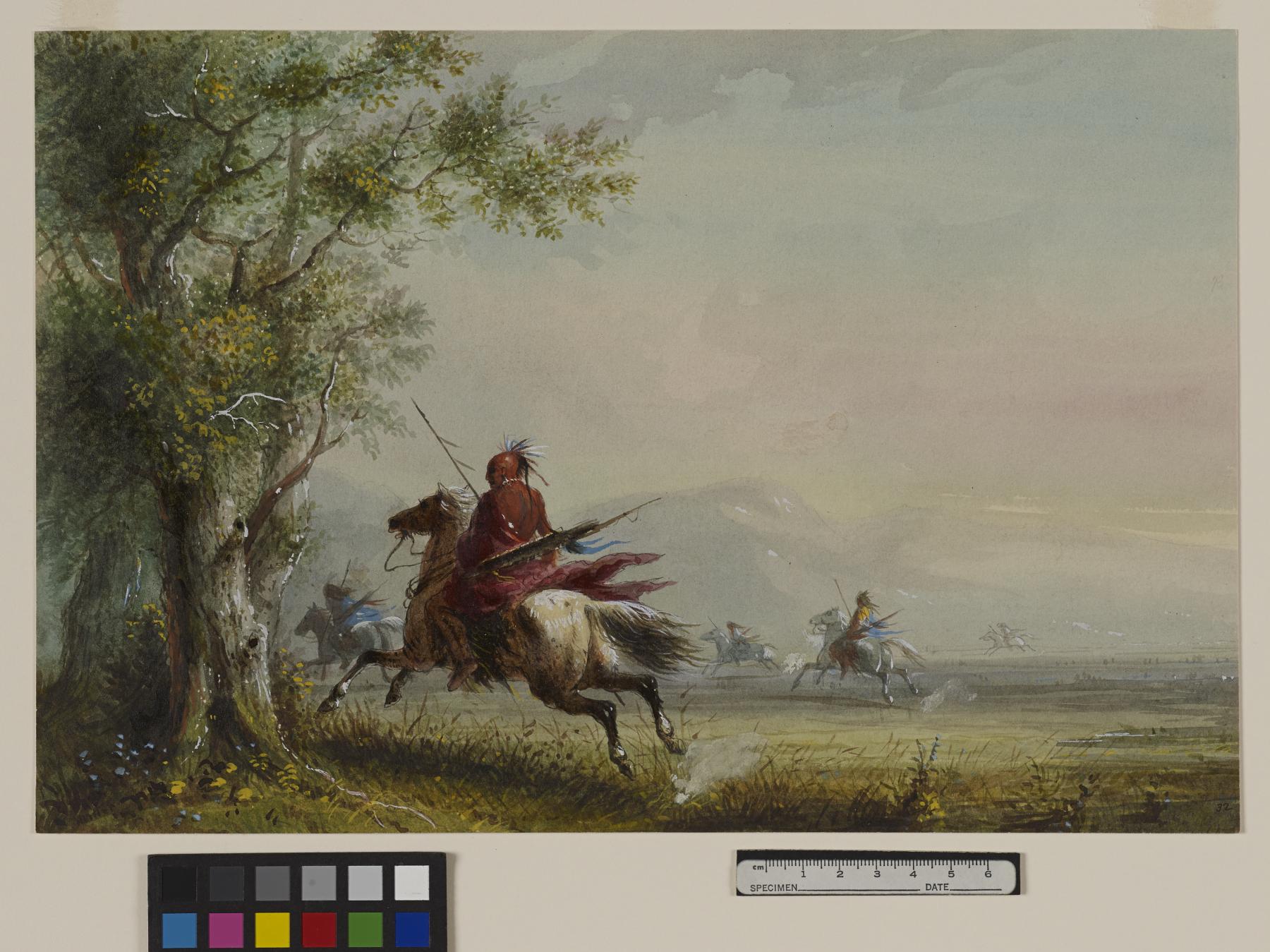 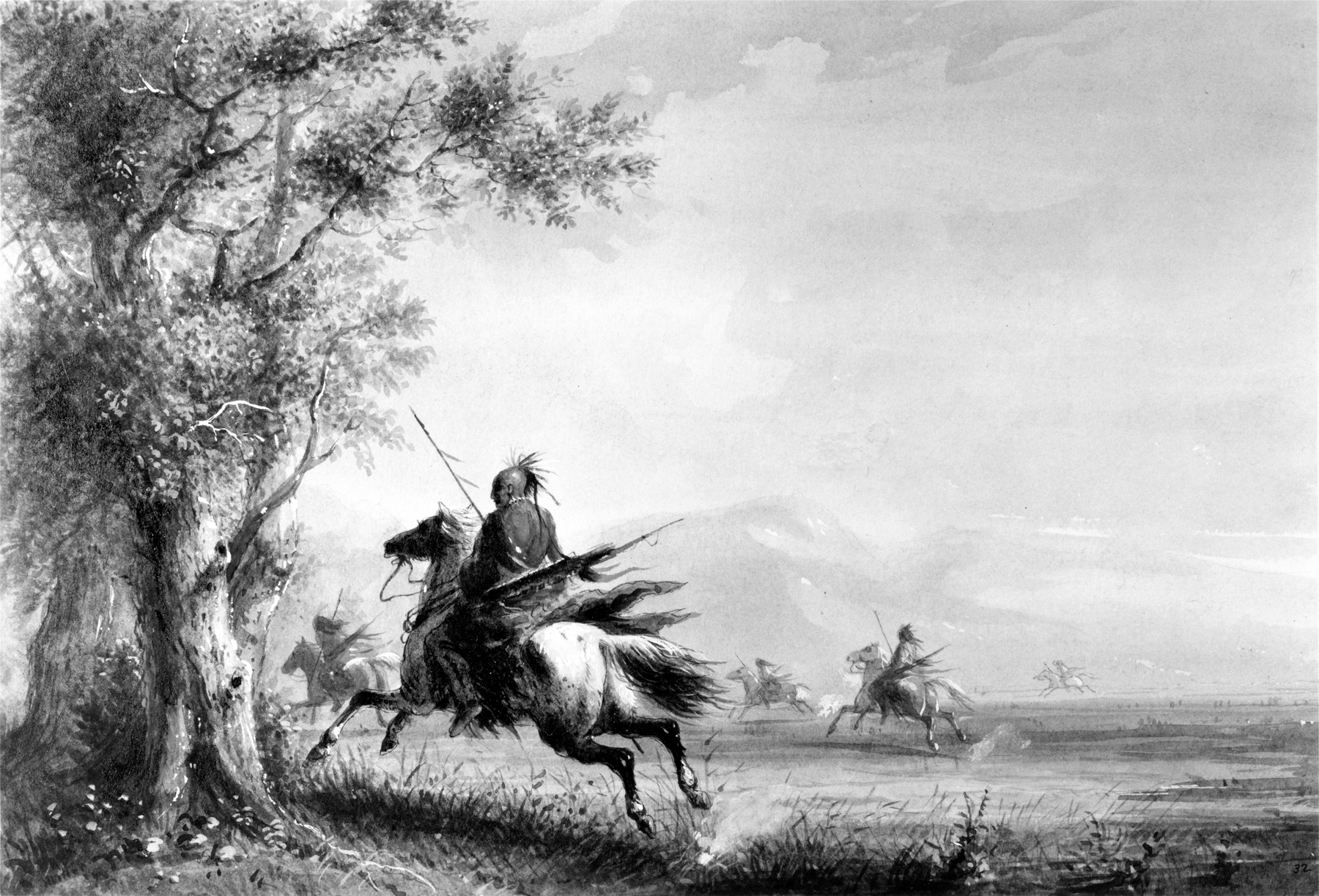 "In looking at a body of these fellows scouring the prairies, one cannot fail to be impressed with their admirable horsemanship, and that such subjects originally gave birth to the conception of the fabled Centaur. A piece of Buffalo robe (á pish à maux) serves for a seat, and their bridle is composed of a piece of rope made of plaited bull-hide, attached to the lower lip of the horse; - this is all they required. Their great hold on the horse is with their knees, and it is almost impossible for an animal to throw them. We have seen them while their horses have been in full motion stoop and break a switch close to the ground, recovering their seat in a moment. One of their greatest delights is to mount a wild or unbroken horse. They master him in a short time, let him be as intractable and vicious as he may." A.J. Miller, extracted from "The West of Alfred Jacob Miller" (1837).