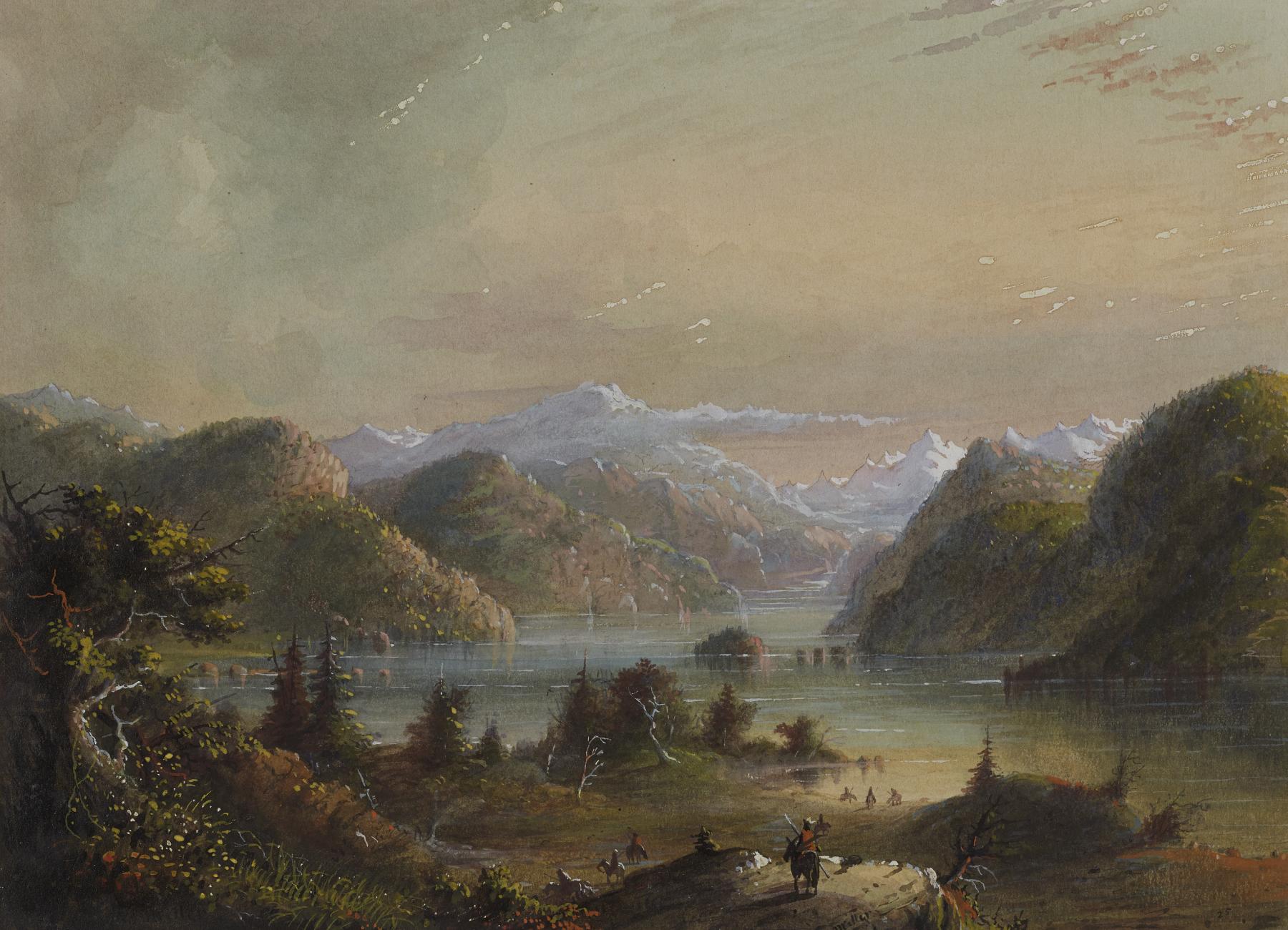 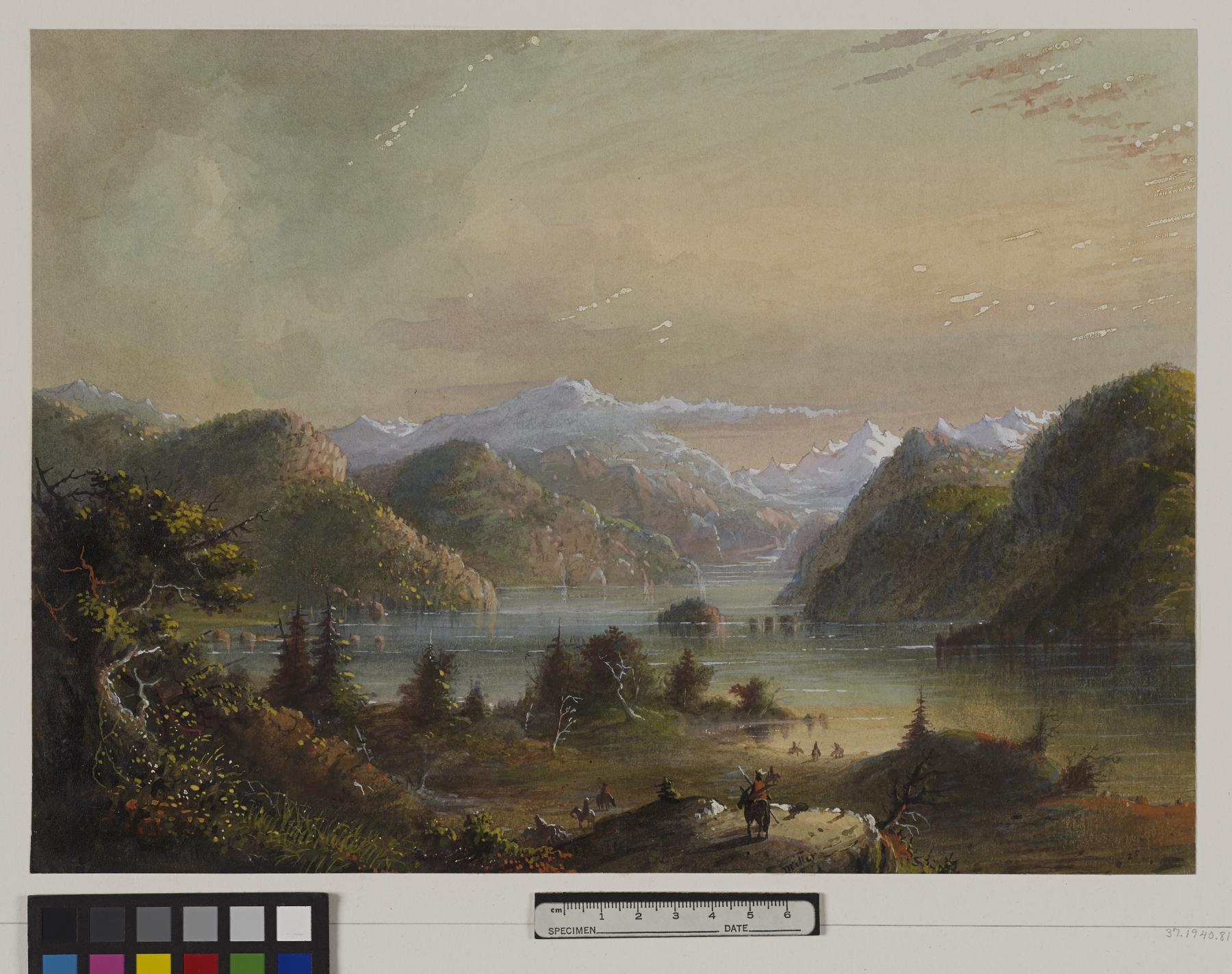 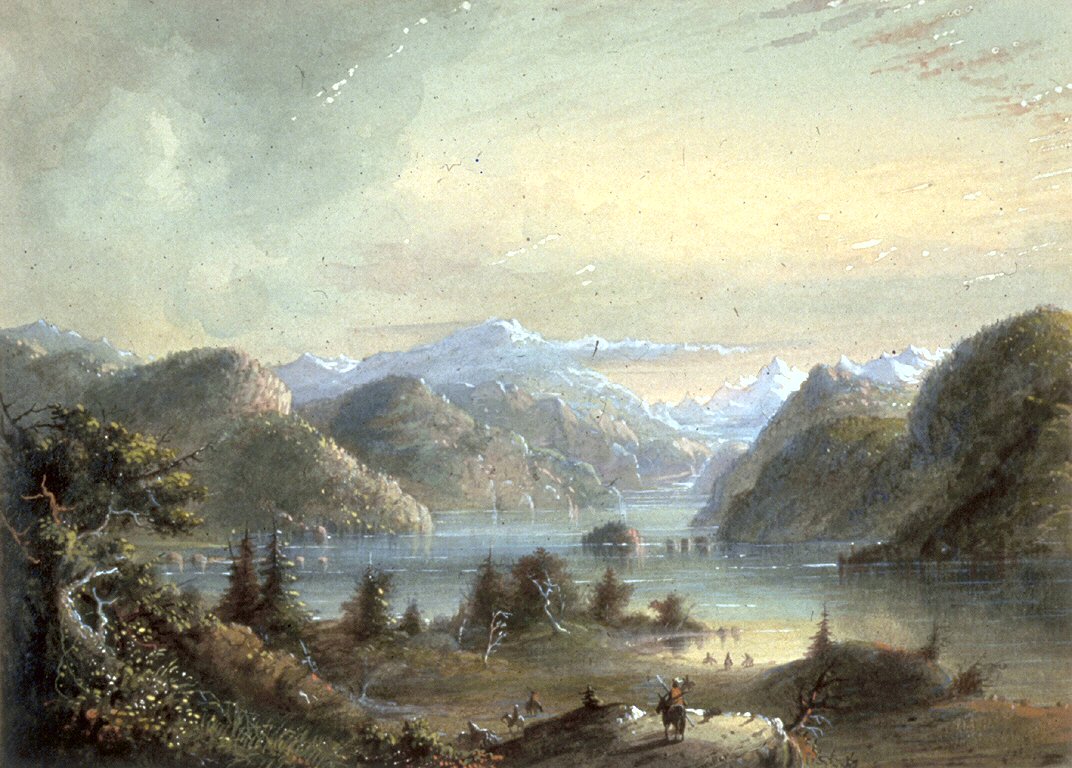 "We found the way exceeding rough in journeying to these Lakes, and as if that was not enough were digged a great part of the distance by about 20 Crow Indians, who had some cause of grievance with one of our party. As we rode, the Trappers levelled at them fierce expletives in French, interspersed with sac-r-r-r-es, with a fearful roll on the r-r-'s, Enfans des garcés, &c., they of course not understanding a word. At length we rid ourselves of them by riding at night and crossing some mountain Torrents, thereby losing the trail for them.

'No primrose road of dalliance' met our eyes, we scrabled over rocks, through briars and brushwood, crossed rapid streams and ascended steep acclivities. We at least found ourselves on the borders of these beautiful Lakes, and were richly repaid for all our difficulties... The sketch, although conveying some idea, must of necessity fall short of the enchanting reality." A.J. Miller, extracted from "The West of Alfred Jacob Miller" (1837).