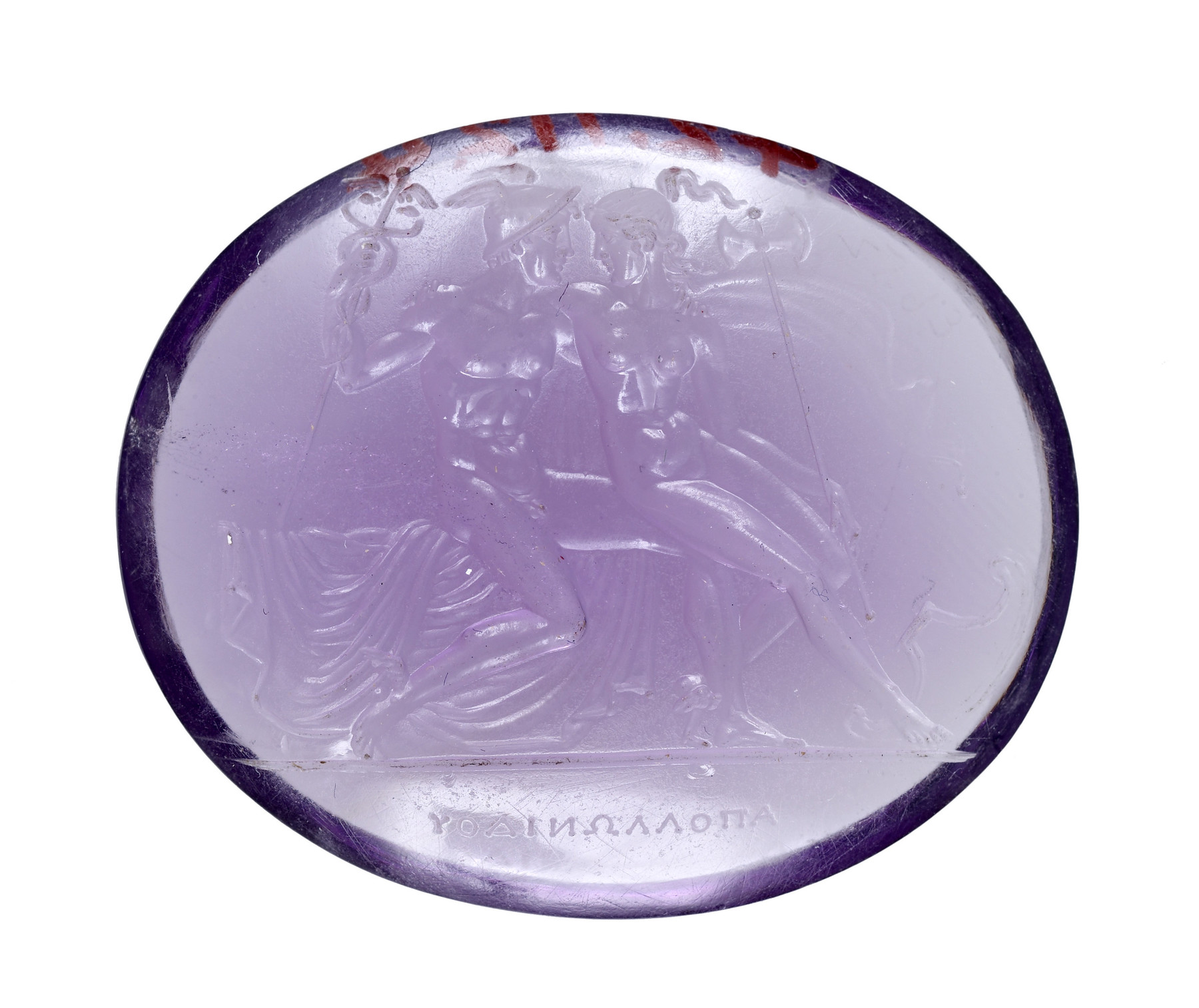 Amethyst Intaglio of Hermes and Herse

The Greek god Hermes, identified by his "caduceus" (staff) and winged helmet, is seated next to Herse, the beautiful daughter of King Cecrops of Athens. Although dating from the 18th century, this intaglio is inscribed in Greek with the name "Appollonides," an ancient gem engraver cited in Pliny's "Natural History."

Museum purchase (formerly in the collection of Mrs. Henry Walters), 1942