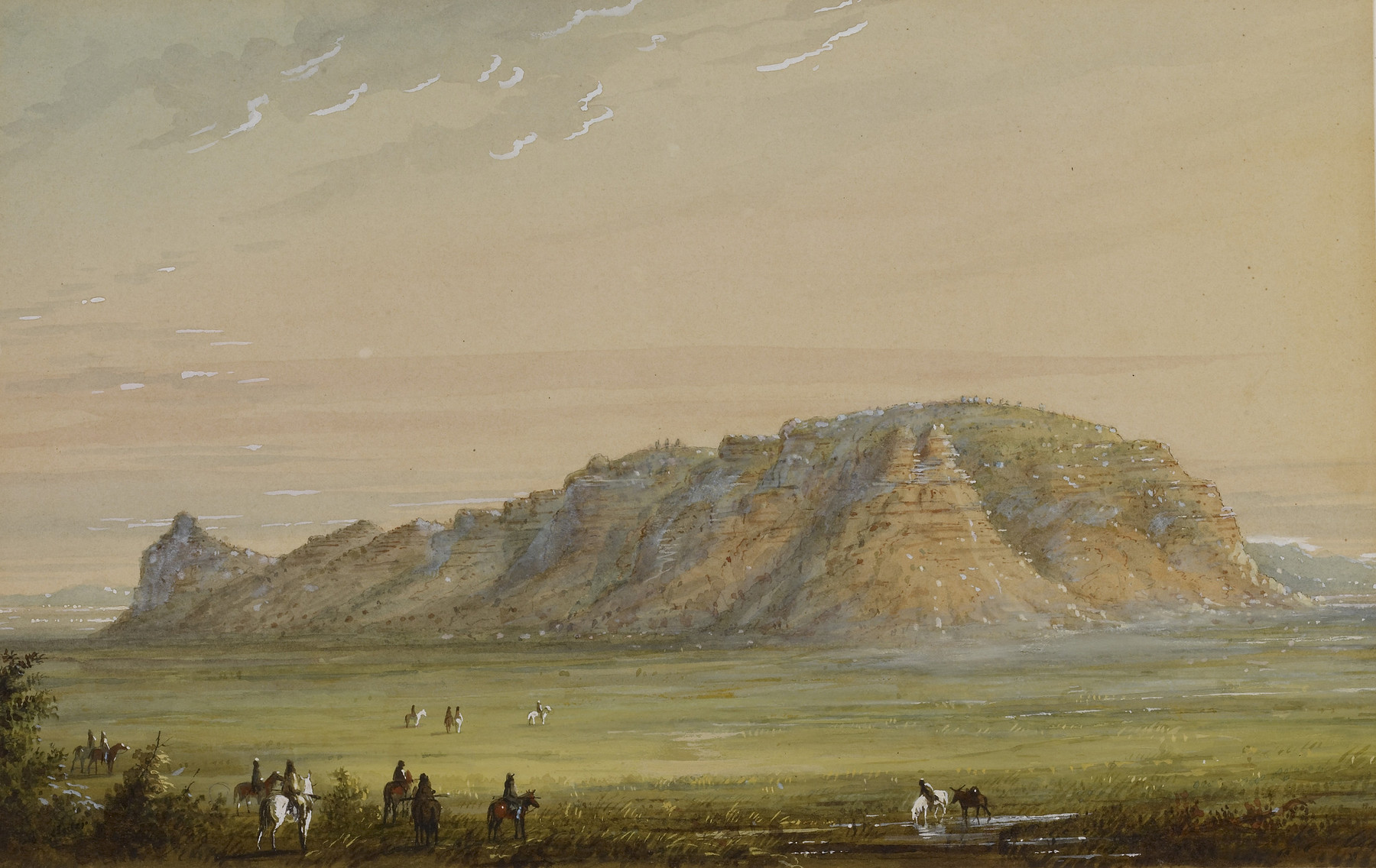 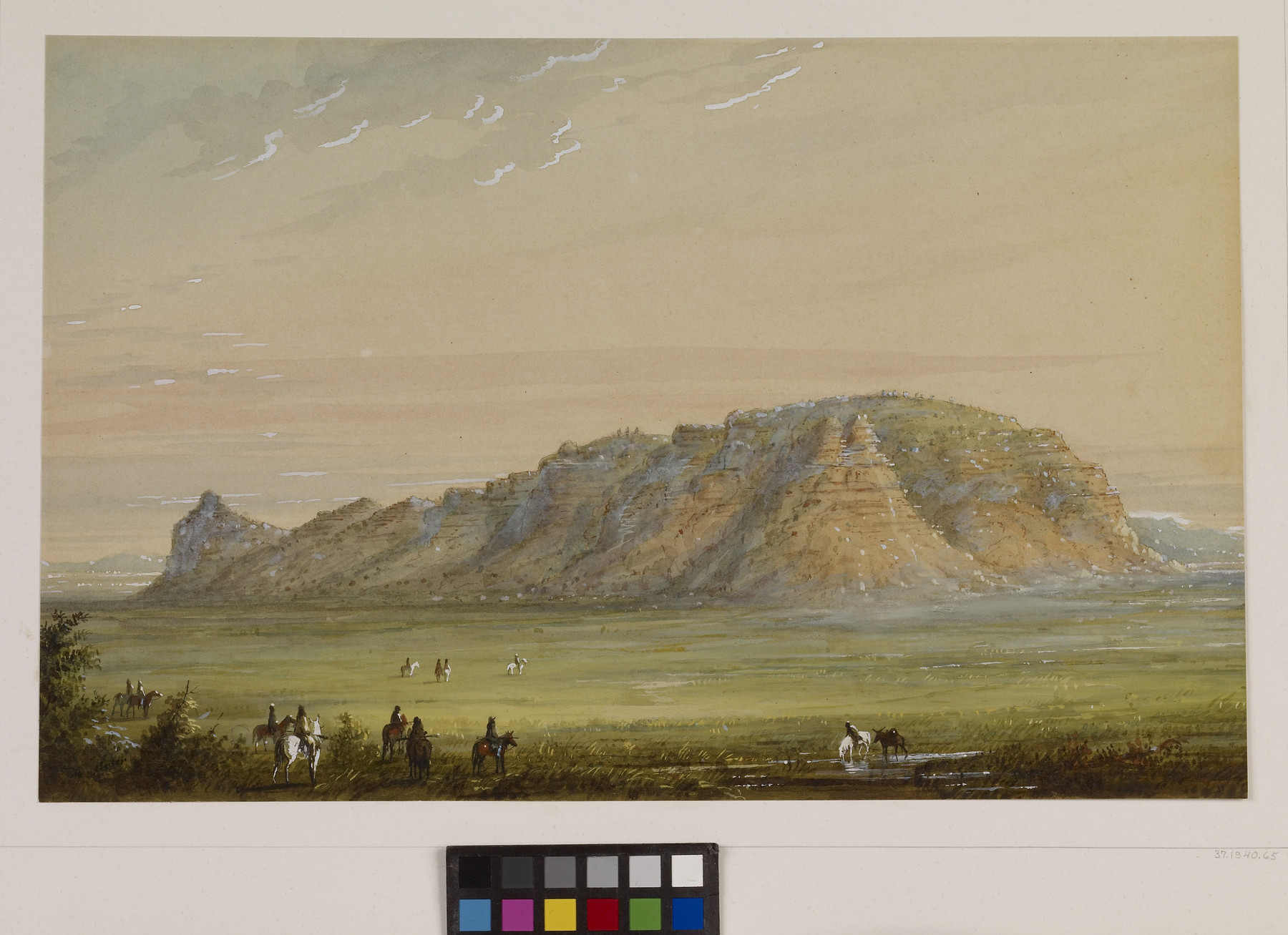 Soon after passing Chimney Rock, the traveler saw Scott's Bluffs, a mound with the appearance of an "immense fortification with bastions, towers, battlements, and embrazures" to Miller. Stewart (Edward Warren, p. 156) called it "an obstacle to be surmounted." The name originated, Miller noted, when a man named Scott became sick and had to be abandoned near the bluffs, but there are many other versions of the story.

"The name originates from a lamentable event that happened here many years ago. A band of men were proceeding to the mountains:- on reaching this bluff one of the party (Scott) sickened and became so ill that after waiting a few days, they were compelled to go on;- they however detailed a man to remain with the sick man, and bring him on when recovered. Certain appearances about these bluffs would seem to indicate that all the prairie hereabouts was at once time covered with water." A.J. Miller, extracted from "The West of Alfred Jacob Miller" (1837).