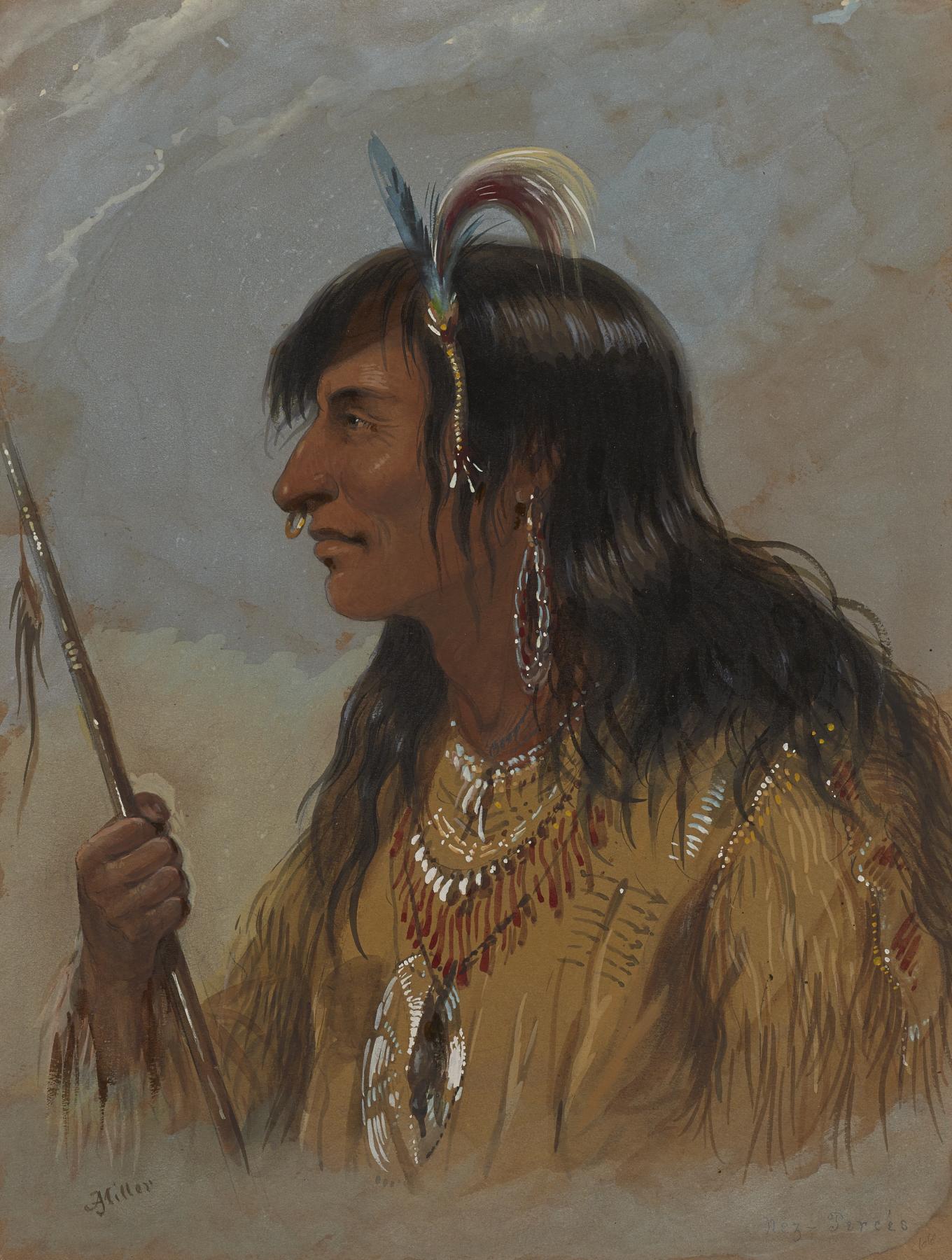 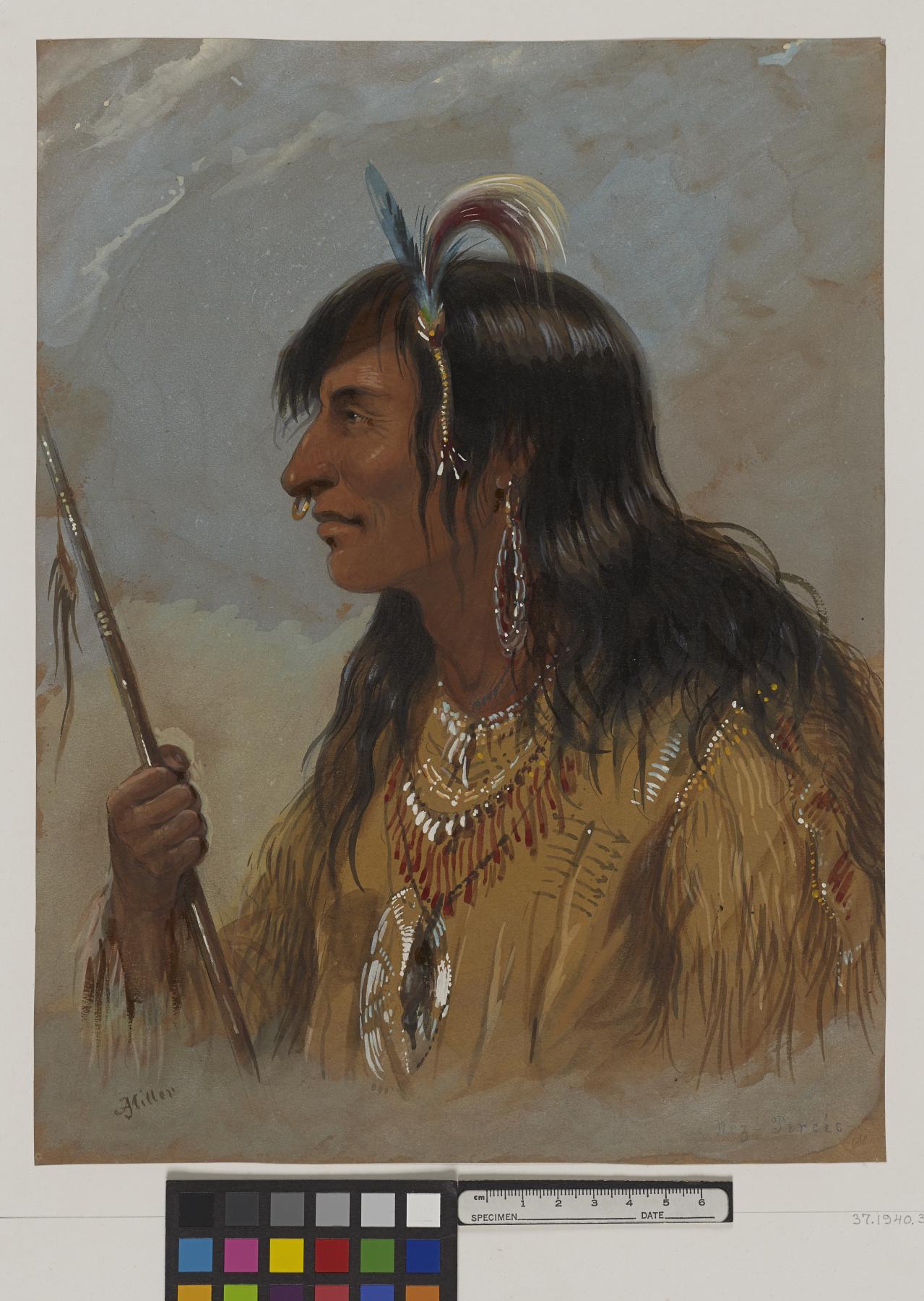 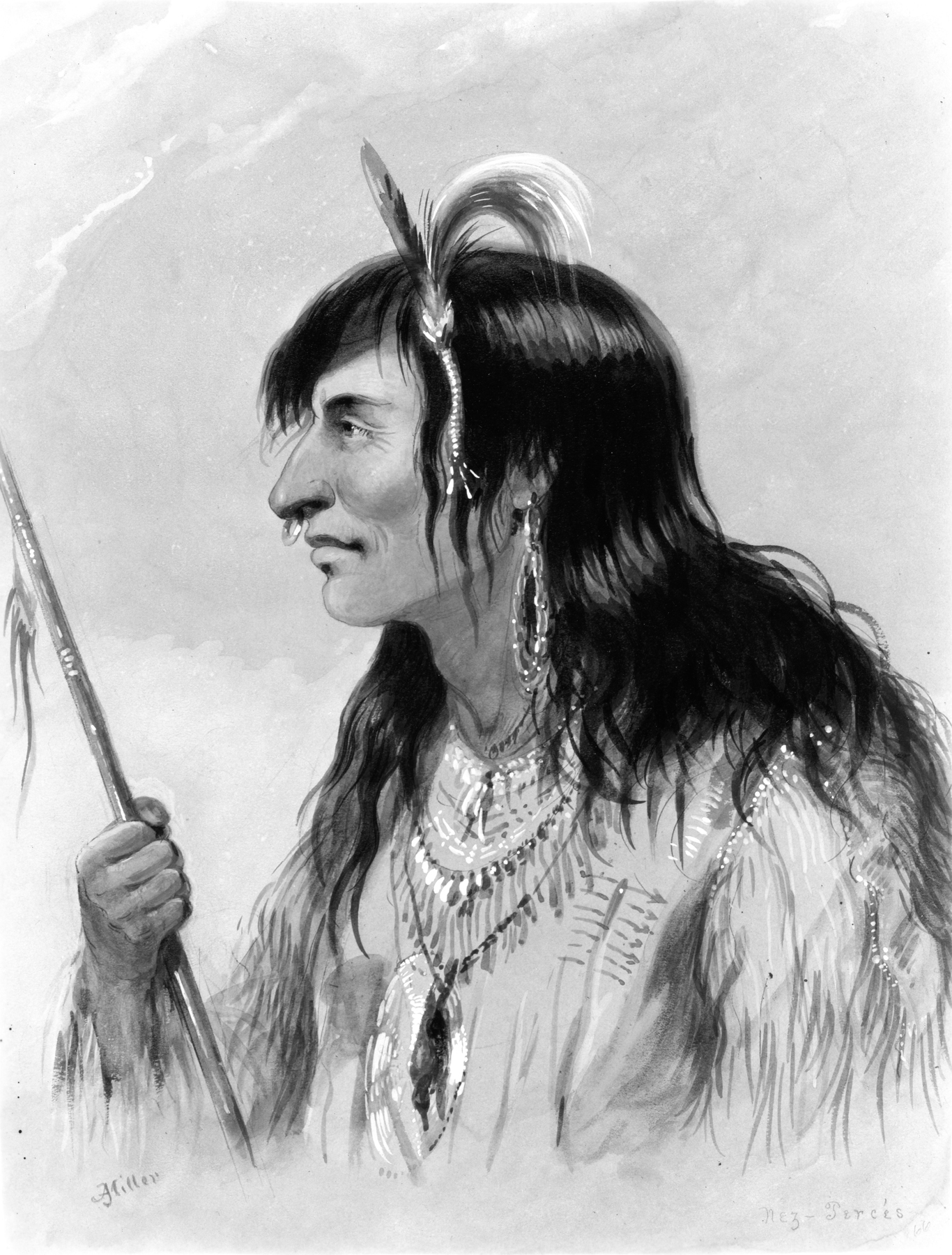 "These Indians," wrote Miller, "are anti-belligerent, and have some other qualities that are rare and commendable; they are said to be religious, and honest and truthful in their intercourse with the whites. Their observance of religious ceremonies and rites are uniform and remarkable."

Many Indians from the middle Columbia River area pierced their nose and wore rings or thin dentalium shells in their septums. That is the trait for which the Nez Perces are historically named, and this Miller portrait is one of the earlier documents that shows a ring "thrust through" the brave's nose.